We mentioned recently that the newly announced Open 3D Engine (O3DE) from the Linux Foundation and Amazon AWS was closer to proper Linux support, and we have a fresh update on that.

The initial pull request from developer Fabio Anderegg on hooking up Linux support for the Editor has now been closed, as a bunch of work towards it has low landed upstream into the main project - which is great progress. Anderegg mentioned on Twitter yesterday (July 28) that the O3DE development branch builds and runs on Linux with a tiny patch!

With most of the work done, we're another step closer to a large open source game engine properly supporting Linux.

Questions remain though like: who is going to use O3DE? Unity and Unreal have their teeth into the market, and for developers who want something smaller there's the likes of Godot, Game Maker, Defold and more. It's going to take some really clever marketing to pull developers over to it. Free and open source isn't enough in an established base, they need to start showing it off soon.

Interestingly, it was announced this month that Kythera AI will be fully supporting O3DE. In a blog post the Kythera AI team mentioned "any game developer, at any level, will be able to start using Kythera AI for O3DE". Although it was announced early in July, the press releases about it only got sent out this week to really push it. It's not open source though, they're just giving a new Community License to users of O3DE. 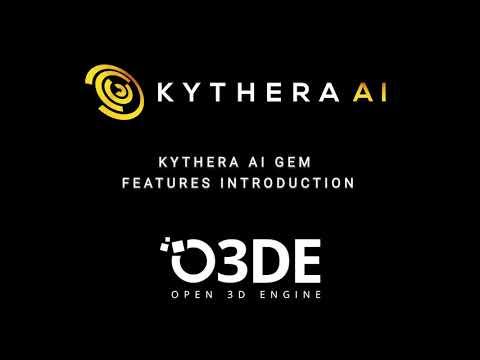 Matthew Jack, CEO of Kythera AI, was glad of the opportunity to open up the toolset to the community, believing that it could push the boundaries of the games industry: “It was an exciting moment when we chose to join the O3DE Foundation as founder members and to supply the AI solution for the project. We have spent a long time developing a comprehensive toolset for game designers and AI developers to work with, and the idea of so many creatives getting access to those tools, regardless of their background, is an amazing thought. We can’t wait to see what incredible games come out of the community as a result of this access.”

View PC info
Linux support is ofc nice. But that "AI" software... if the enemy AI in the Aquanox reboot is the best it can do, I rather have something else :(
0 Likes
andythe_great 30 Jul, 2021
Can't wait to Flatpak this once it is ready.
0 Likes
slapin 30 Jul, 2021
That all is nice, just you wait until it actually runs in Linux...
0 Likes

View PC info
It's nice from Kythera to offer a community license, but I think it defies the purpose of a fully open-sourced 3D editor.

As a dev, if I were to choose O3DE, it's because it's open-source and therefore there are no ties to any other company and I can easily maintain my project for the years to come, I simply have to snapshot my game code and data. But if I start to use proprietary modules, then I'll be limiting myself to the module company's terms of service, thus defying the long-term maintenance.

I think, if it's not already the case, that an AI module should be open-sourced and included in O3DE ASAP.
0 Likes
While you're here, please consider supporting GamingOnLinux on: