Proton GE, the community-made version of Proton with a bunch of enhancements has a new release out with Proton-6.13-GE-1 pulling in a bunch of advanced features and fixes.

If you're not clear on what Proton and Steam Play are, be sure to check out our constantly updated dedicated page. It's a special compatibility layer for running Windows games and apps from Steam on Linux. Proton GE is not affiliated with Valve/Steam, it also has less quality assurance versus the official Proton but often ends up with special game fixes quicker.

Proton-6.13-GE-1 pulls in support for AMD FidelityFX Super Resolution (FSR) directly into Proton, based upon a patch by developer Georg Lehmann. So with Proton GE you can now add WINE_FULLSCREEN_FSR=1 %command% as a launch option for a game on Steam and get FSR which is pretty great. Unlike games that support it directly, it's applied after the fact here since Proton as a whole is a compatibility layer so it will affect the UI too. Still, FSR for any Windows game played on Linux with Proton sounds awesome.

This release also adds in support for vkd3d/dx12 Resizable BAR patches which you can enable with VKD3D_CONFIG=upload_hvv, this could result in performance improvements.

Here's what else is new:

To use it here's what you do:

As a reminder, if you didn't see it, as of a recent version of Proton GE you may need to remove current game prefixes setup by it to allow the games to work properly. More on that in the previous article with instructions on how to do so.

View PC info
FSR is pretty good, been using it with KCD and MortalOnline2 with great success.
1 Likes, Who?

View PC info
FSR is a great addition ! and linux exclusive feature. I wish we could create some kind of "white list" for the FSR feature, because games with internal scalers doesn't work with the feature. I was trying it with RE3 and didn't know why FSR wasn't working, until Eggroll told me that it wouldn't work.
2 Likes, Who?

Quoting: benjamimgoisFSR is a great addition ! and linux exclusive feature. I wish we could create some kind of "white list" for the FSR feature, because games with internal scalers doesn't work with the feature. I was trying it with RE3 and didn't know why FSR wasn't working, until Eggroll told me that it wouldn't work.

Well it isn't GNU/Linux exclusive, it's easy enough to add to any Vulkan application. It just so happens that it's easier in this case because of DXVK making it run Vulkan instead of "native" D3D11. Except you can also actually do that on Windows too as it turns out, though obviously not designed for such a case.

So, easier on GNU/Linux (far, far easier), but not exclusive.

...it will probably also mess up a few things unintentionally (e.g any in-game GUI) because of where in the graphics pipeline FSR is intended to be used.
0 Likes

Quoting: benjamimgoisFSR is a great addition ! and linux exclusive feature. I wish we could create some kind of "white list" for the FSR feature, because games with internal scalers doesn't work with the feature. I was trying it with RE3 and didn't know why FSR wasn't working, until Eggroll told me that it wouldn't work.

Mortal Online 2 has a manual render resolution scaler and FSR works with it. Some games might do scaling automatically?
0 Likes
bwyan 28 Jul
In regards to FSR support, how does one go about configuring FSR quality levels? Is that even an option in this case?
0 Likes

Quoting: bwyanIn regards to FSR support, how does one go about configuring FSR quality levels? Is that even an option in this case?

You can adjust the sharpening level, but that's it. From the release notes:

"The default sharpening of 5 is enough without needing modification, but can be changed with WINE_FULLSCREEN_FSR_STRENGTH=# (0-5) if wanted."
0 Likes

Quoting: bwyanIn regards to FSR support, how does one go about configuring FSR quality levels? Is that even an option in this case?

FSR quality levels are just scale factors. In case of Proton GE implementation you just choose rendering resolution in game, and the image is upscaled to native monitor resolution using FSR algorithm. For example you choose 2560x1440 in your game while your monitor is 3840x2160 which gives you 1.5x scale factor. It's a "Quality" FSR mode In AMD terminology.

WINE_FULLSCREEN_FSR_STRENGTH option only affects amount of sharpening in scaled image.

scirocco 28 Jul
View PC info
Well FSR is actually what I was needing aparently. I have to slow computer to run most games at 4k, but since I game on a 4k tv those games look very blurry at lower resolution. But now with FSR those games look very sharp at lower resolutions, so for me FSR is super great, best thing that happend to linux gaming for a long while. Not to mention the speed boosts in the new Dxvk is making my games smoother then ever.
0 Likes 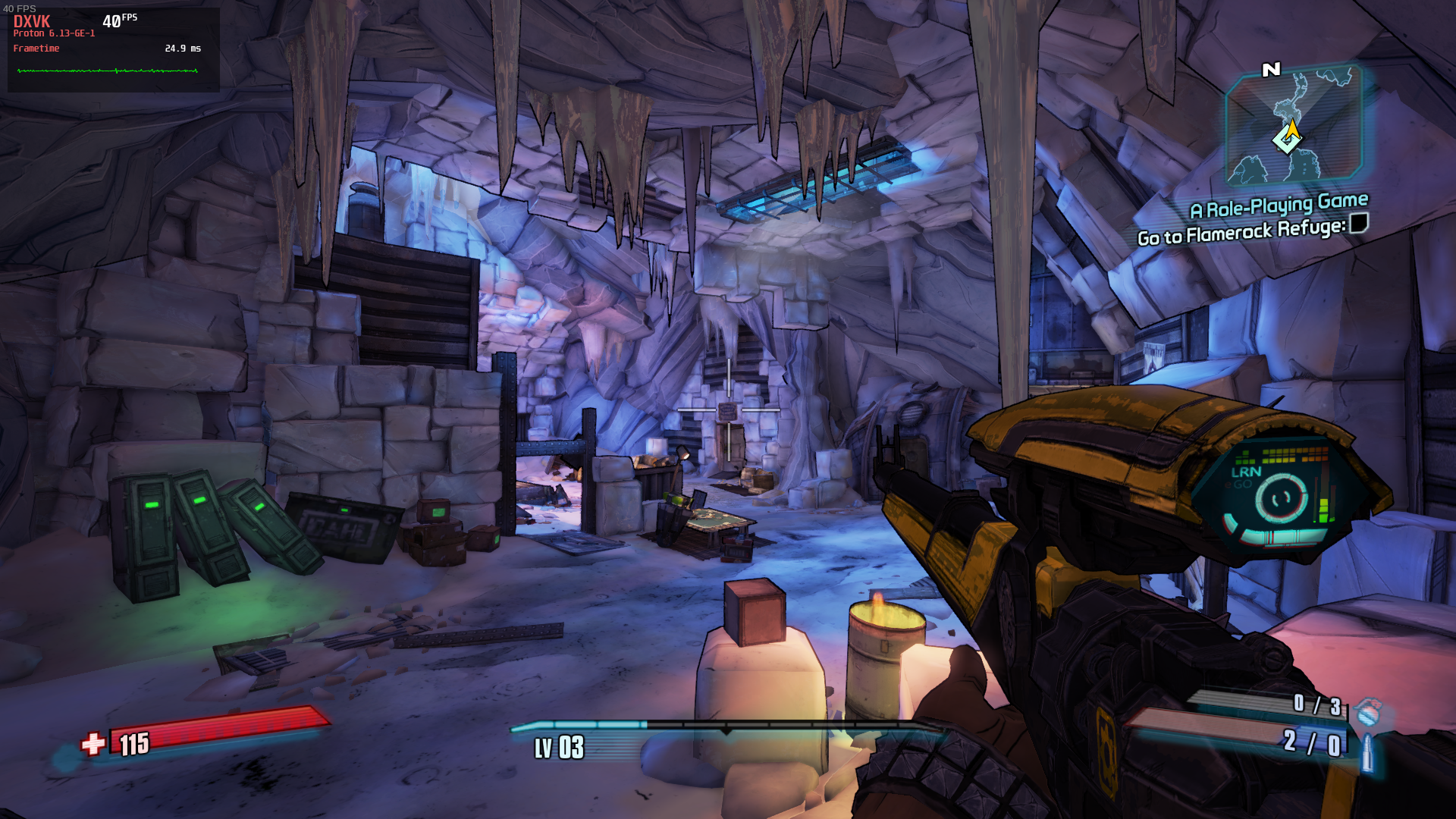 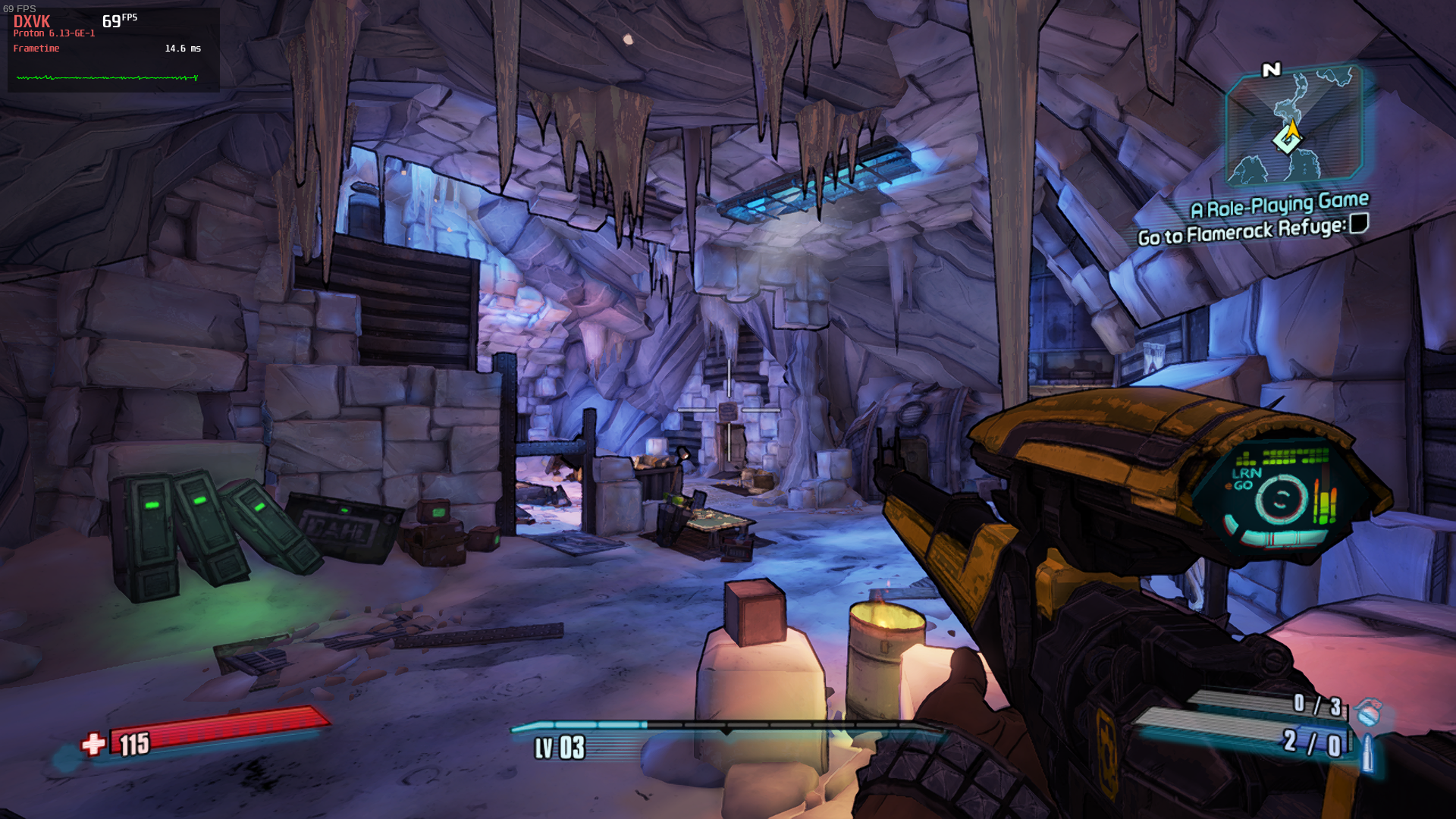 2 Likes, Who?
1/2»
While you're here, please consider supporting GamingOnLinux on: