Ready for some more testing? Valve has updated Proton Experimental once again with some new bits, including solving some crashes with Quake Champions. If you're not clear on what Proton and Steam Play are, be sure to check out our constantly updated dedicated page.

Part of the problem with Proton at times, is that developers don't often test for it and so games push out updates that then break the Windows version working on Linux with Proton. That happened again recently with Quake Champions after they added some new anti-cheat, which had caused it to be left broken for multiple weeks with Proton. The latest Proton Experimental as on July 19 notes if fixes "crashes in recent Quake Champions update.". 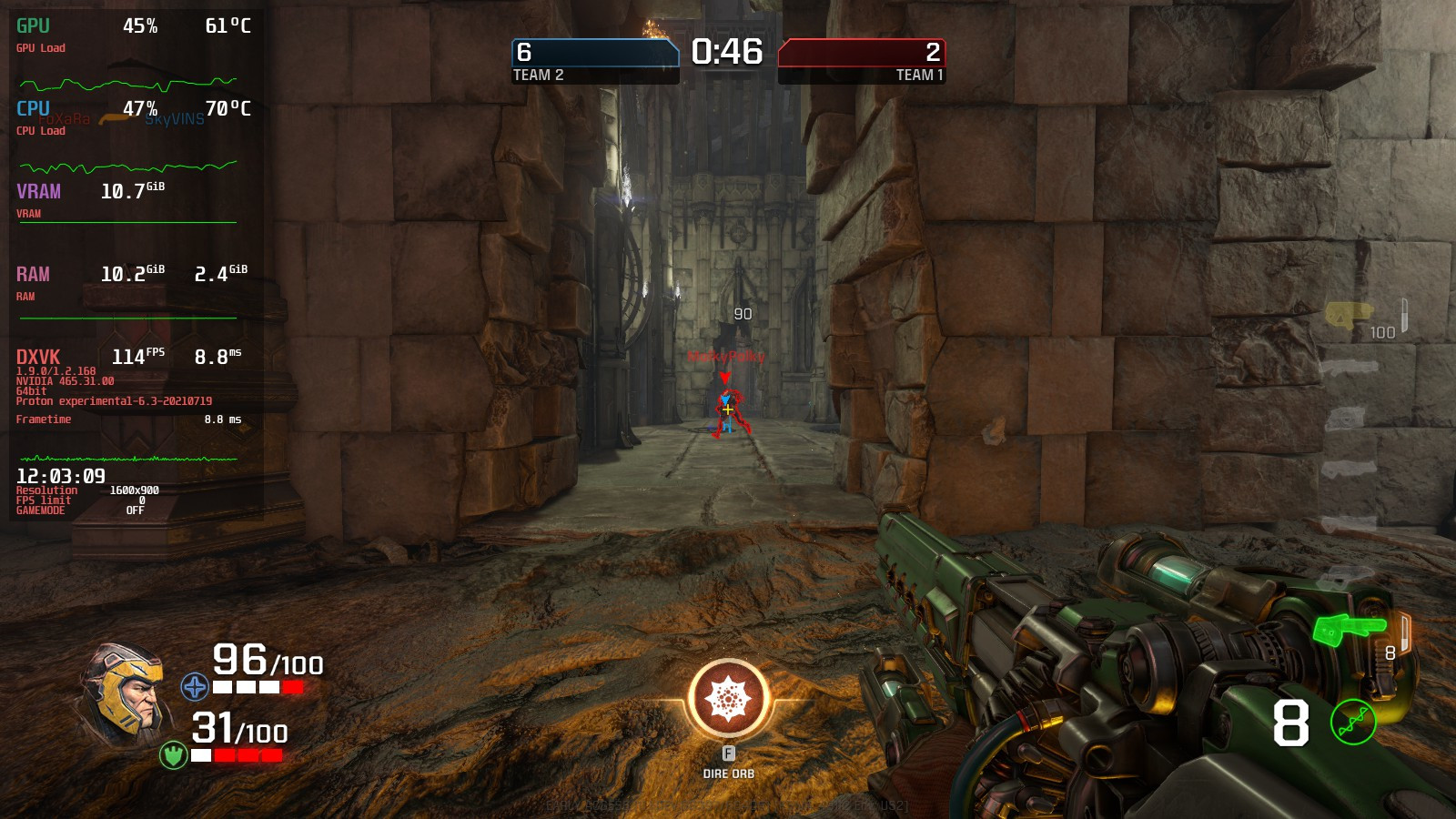 Hopefully this breakage is something that will happen less often with the upcoming Steam Deck.

Apart from that this Proton Experimental update also updates wine-mono to 6.2.2, and it brings in some development code from an unreleased version of DXVK which should make things a bit smoother overall.

Need to know how to actually use Proton Experimental? Here's a simple HOWTO (as it's not complicated!). Make sure it's installed by searching for it in your Steam Library, then select it from the Compatibility menu in the Properties section of a game. See our quick video below:

For an explainer in text form:

View PC info
Oh, that means their in-house Anti-Cheat solution was not really a show-stopper, just crashed? I expected Quake Champions to be unplayable for Proton users in the forseeable future, but this is nice to see. I think I saw something about certain stubs in wine missing and kernel 5.11 needed to make it work again. But having this officially now in Proton is great!

So, with EAC hopefully working until end of the year, videos using media foundation codecs kinda working already now (due to transcoding the video and delivering it via cache) there is still one major issue left: CEG. There are several games not working with Proton and the Linux Steam client using CEG (custom executable generation drm), which do work fine with Wine Steam (e.g. via Lutris). Though I guess I'll be installing Lutris on the Steam Deck as well, I kinda prefer not to have also Wine Steam needed, as the Lutris Wine Steam version has issues for me with friend list not loading (thus friend invites not working), Store, Community and Browser not working etc. Fingers crossed this will also be addressed.
2 Likes, Who?

fagnerln 20 Jul
View PC info
To be honest, I don't get why they put AC on QC, the player base isn't that huge and the skill level is high.

View PC info
Nice! Good to know it's not some crazy kernel anti-cheat and that Proton Experimental fixed it! I can go back fragging :D
0 Likes
While you're here, please consider supporting GamingOnLinux on: