Thanks to the power of open source, AMD's answer to NVIDIA's DLSS is spreading with FidelityFX Super Resolution (FSR) now available in the PlayStation 3 emulator RPCS3. Not only is it open source but it works across both NVIDIA and AMD GPUs, so the majority of people running RPCS3 will benefit from this addition.

Don't expect DLSS to come to RPCS3 either, as the team noted on Twitter how "We won't be adding DLSS. DLSS is a temporal solution that requires per-object motion vectors, which we do not have. FSR is a spatial solution, which is ideal for us.".

Want to try it out? RPCS3 offer up regular development builds because the whole project is in a constant state of development. For both Linux and Windows they offer up an easy download from the official page. Once you've got a build ready the option is available under Configuration -> GPU: 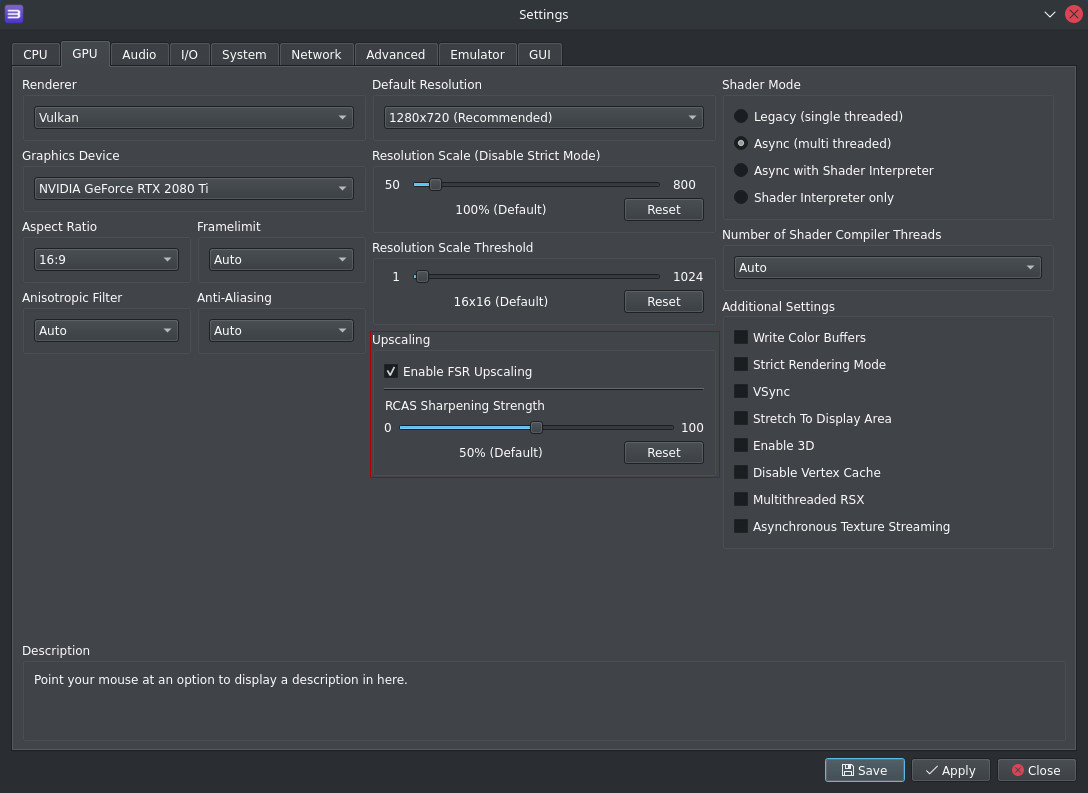 It's only available with Vulkan.

In other news, RPCS3 will work on the Steam Deck although performance might not be very good as the team confirmed on Twitter thanks to them already supporting Linux.

We do often include affiliate links to earn us some pennies. We are currently affiliated with GOG and Humble Store. See more here.
About the author - Liam Dawe
I am the owner of GamingOnLinux. After discovering Linux back in the days of Mandrake in 2003, I constantly came back to check on the progress of Linux until Ubuntu appeared on the scene and it helped me to really love it. You can reach me easily by emailing GamingOnLinux directly.
See more from me
Some you may have missed, popular articles from the last month:
6 comments
Upscale 9 Aug, 2021

View PC info
nVidia's DLSS only works with the RTX range because it uses tensor cores, will FSR work with any gpu?
1 Likes, Who?

Quoting: UpscalenVidia's DLSS only works with the RTX range because it uses tensor cores, will FSR work with any gpu?

Quoting: UpscalenVidia's DLSS only works with the RTX range because it uses tensor cores, will FSR work with any gpu?

Yes. Going back many generations it works.

Wow, that's pretty amazing. It just goes to show how nVidia are locking people down.
Sorry, in my original post I meant any gpu rather than any DLSS/FSR capable gpu, but you already cleared it up

View PC info
This is very impressive results vary from game to game but noticing it in some games. Can be dramatic 30 FPS change in others it more muted gains anywhere from 5 to 10 but that can take a game from slideshow to playable.
3 Likes, Who?

M@GOid 9 Aug, 2021
View PC info
Months ago I saw a interview with a AMD engineer, where he talked about what would be FSR. He said that developers asked AMD to not create another proprietary solution, instead they should make something open, like Freesynk. That is why AMD response to DLSS took so long to appear.

Now that it is on the wild and exactly what developers asked, you can bet it will eclipse DLSS adoption in a couple years.
1 Likes, Who?

View PC info
Good to know. I'll try it with some of those Metal Gear Solid HD editions for PS3, which several Kojima fanboys among my acquaintances strongly recommended me to play.


Last edited by LordDaveTheKind on 10 August 2021 at 12:32 pm UTC
0 Likes
While you're here, please consider supporting GamingOnLinux on: