It's been a while since we had a new major release of Lutris, the free and open source game manager that allows you to bundle together all of your games in a single application.

Now available as a Beta, Lutris 0.5.9 is the biggest release for some time and adds in initial support for downloading and running games from the Epic Games Store. Much like the Heroic Games Launcher, since Epic don't support Linux all downloads will be Windows versions you need to then run through a compatibility layer (but Lutris sorts that for you). 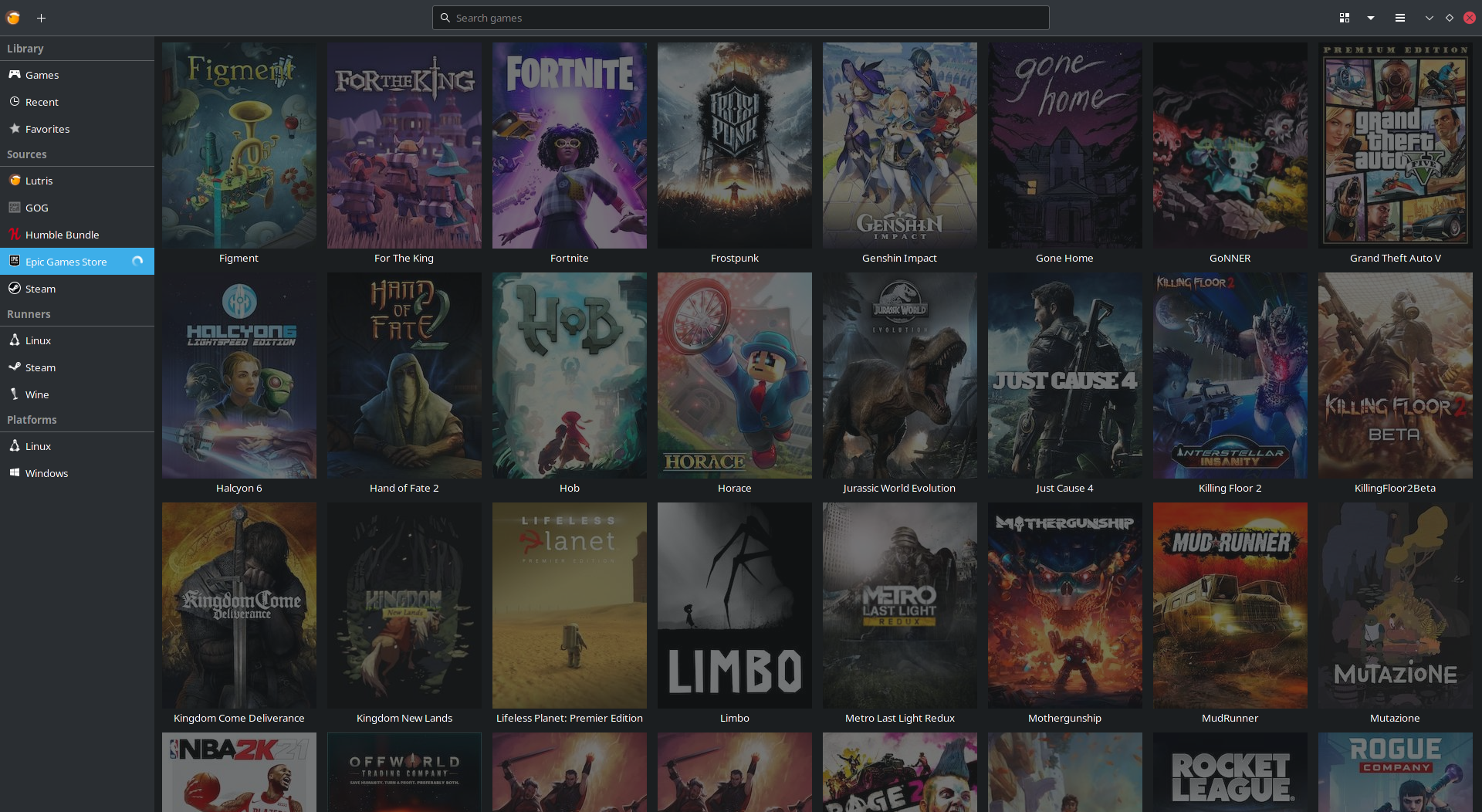 That's not all though, here's what else is new:

For those of you who groan about how many launchers and stores there are, perhaps this is exactly what you need? It does often make things far easier than constantly switching between them all. Just keep in mind this version is a Beta and so it may come with some bugs that need fixing.

You can download the Beta version from GitHub. For more info visit the official site and you can help fund Lutris on their Patreon page.

We do often include affiliate links to earn us some pennies. We are currently affiliated with GOG and Humble Store. See more here.
About the author - Liam Dawe
I am the owner of GamingOnLinux. After discovering Linux back in the days of Mandrake in 2003, I constantly came back to check on the progress of Linux until Ubuntu appeared on the scene and it helped me to really love it. You can reach me easily by emailing GamingOnLinux directly.
See more from me
Some you may have missed, popular articles from the last month:
12 comments
Page: «2/2

Quoting: Luca_PioBut do you use legendary for the client to download the games?

From what I see it just installs the full blown Epic Windows client, and then you use that to install your game.
At least this is what it did for me when I tried to install GTAV.

No that is just because you probably used an old installation script. The integration is similar to humble or gog. I would guess that they use legendary as it is both written in python but I am not sure

I just linked my Epic account to Lutris (the same way I did for GOG and Humble) and choose to install the game. Not sure how else it should be done.
https://youtu.be/5vm4yqOqPlY

Ah yes sorry I had epic games already installed so I thought I wouldn't need it. That is really unfortunate. Hopefully they will add support over legebdar as well but my github issue https://github.com/lutris/lutris/issues/2891 got closed recently.
0 Likes
«2/2
While you're here, please consider supporting GamingOnLinux on: