Stardeus from studio Kodo Linija (Bloody Rally Show) is an upcoming space colony management game inspired by the likes of RimWorld, Factorio, Dwarf Fortress, Oxygen Not Included, Prison Architect and FTL. The developer has been dedicated working on it for over a year, to try and create a level of depth not often seen in such building sims.

In the game you play as an immortal AI, armed with a bunch of robots and drones your task is to build up a working ship. It sounds a bit like Starmancer on the basics of the story (although the original idea came about from the film Passengers), with earth destroyed humankind looked to the stars for a new hope with people placed into stasis for you, the ships computer, to bring them all back to life. Something tears apart the ship and you get placed in control to deal with it.

How you play though is up to you. Grow a thriving human colony, start a robotic uprising or whatever - the choice is down to you. Apparently you can even turn all your human crew into batteries to feed the machine - a bit Matrix like perhaps? 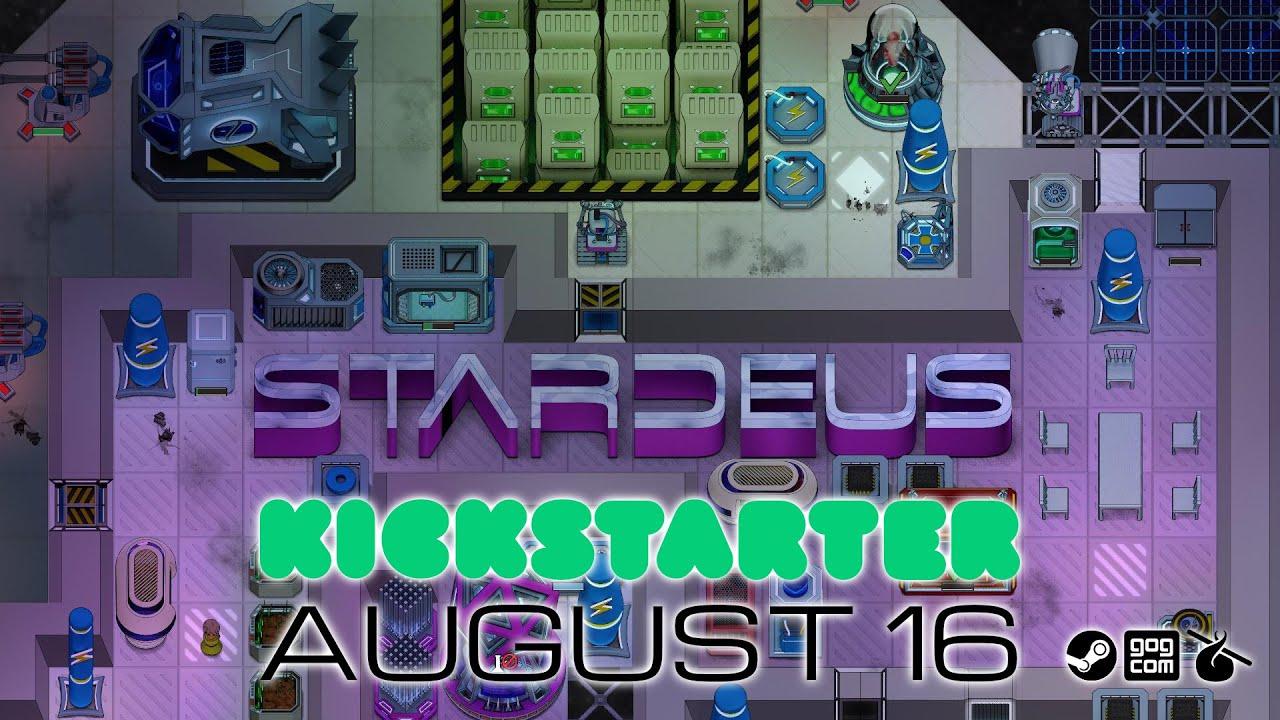 The plan is to have Stardeus release in Early Access across multiple stores sometime in August / September 2022. Linux support is confirmed and already hooked up, with a demo available on itch.io and Steam.

Until then you can help fund it on Kickstarter. The developer has until September 15 to get at least £12,000.

About the author - Liam Dawe
I am the owner of GamingOnLinux. After discovering Linux back in the days of Mandrake in 2003, I constantly came back to check on the progress of Linux until Ubuntu appeared on the scene and it helped me to really love it. You can reach me easily by emailing GamingOnLinux directly.
See more from me
Some you may have missed, popular articles from the last month:
The comments on this article are closed.
3 comments
Purple Library Guy 16 Aug, 2021
Humans. Do. Not. Work. As. Batteries.
That was by far the stupidest thing about The Matrix . . . or at least, the biggest stupid thing. Shouting out to it is just a bad idea. Let the concept die.

View PC info
First thing I thought of when I saw the image on the main page:

Yeah, I've probably watched too much Stargate when everything round and sci-fi starts looking like the 'Gate.
0 Likes

Quoting: redneckdrowFirst thing I thought of when I saw the image on the main page:

Yeah, I've probably watched too much Stargate when everything round and sci-fi starts looking like the 'Gate.

Looks a lot like the Paragon from Starsector to me.
0 Likes
While you're here, please consider supporting GamingOnLinux on: