The original Quake got a new enhanced edition, Steam Play tool Luxtorpeda updated for it

During QuakeCon the original Quake got an enhanced edition released, which Nightdive Studios worked on. It works with Steam Play Proton and you can also use the Steam Play tool Luxtorpeda to play the new content on an open source game engine. 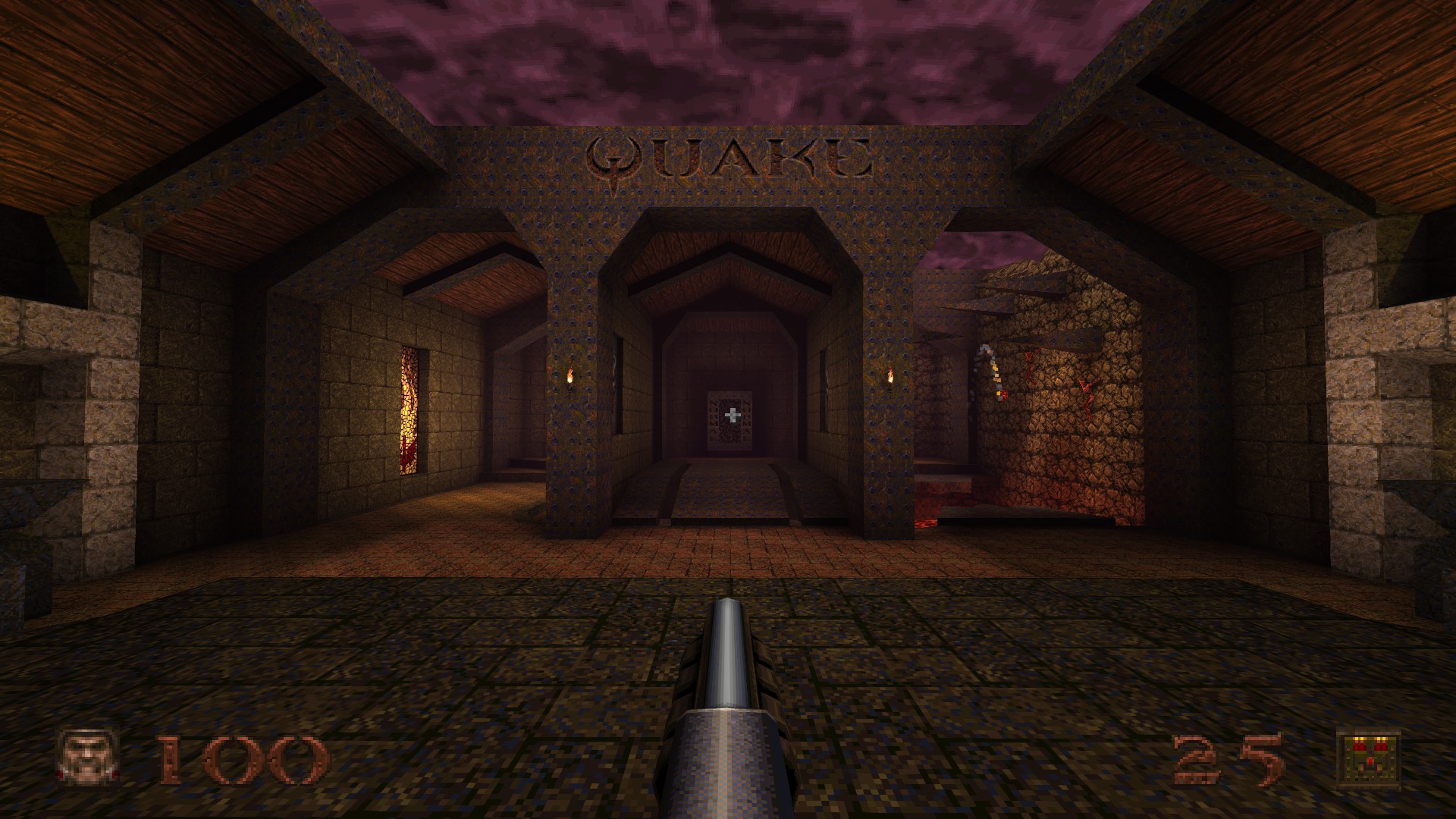 It's a serious shame that a game with such a rich history of open source thanks to early id Software releases decided to go with a proprietary system (Nightdive's KEX Engine) for the enhanced upgrade. Really goes to show how much things have changed now. Quake officially only supports Windows still too. However, it does work with Steam Play Proton.

That said, since there are plenty of open source engines capable of running it you can also use the Steam Play tool Luxtorpeda which just got updated to support the newly bundled expansions, music, along with the brand new "Dimension of the Machine" Episode. Using Luxtorpeda gives you the ability to run the content with vkquake, quakespasm, and darkplaces.

Want to try Luxtorpeda? It's easy enough to download and install too with a few quick steps:

You can buy Quake from GOG and Steam.

I am the owner of GamingOnLinux. After discovering Linux back in the days of Mandrake in 2003, I constantly came back to check on the progress of Linux until Ubuntu appeared on the scene and it helped me to really love it. You can reach me easily by emailing GamingOnLinux directly.
See more from me
Some you may have missed, popular articles from the last month:
33 comments
Page: 1/4»

View PC info
It's a shame, indeed.
They could've at least have a Linux and Mac build out.

Then again the free two expansion packs by Machinegames (they made the recent Wolfenstein stuff) is a really nice stuff.
*Free* by means if you already own it Steam.

I hope those expansion packs also run with a *real* Quake engine and don't make use of stuff exclusive to that Kex Engine.
0 Likes

View PC info
One of my all time favourite games. It blew me away when I first saw it in 1996!

I've just installed Luxtorpeda (thanks for the heads up) so I'll give it a whirl.
0 Likes

View PC info
Thank you for your manual how to play that natively - it was in my library forn a long time, and the first thing I thought when I read news about the Quake remake today was "Will that run without proton?".

Its a shame what "id" and "bethesda" became in regards to their linux / open source commitment.

Quoting: subIt's a shame, indeed.
They could've at least have a Linux and Mac build out.

Id software dosen't care about porting games to Linux and Mac, and it's sad how this company has changed. Aspyr removed all id software games from the Mac App Store, and they didn't even plan to create new versions that will be compatible with macOS Catalina.
3 Likes, Who?

pb 20 Aug
But the achievements will only work on the kex engine, right?
0 Likes

Kristian 20 Aug
View PC info
So all the the new content is compatible with standard Quake engines/source ports? But the Nightdive version uses Kex? Are there any source ports that support the same kind of features like the Kex version? Like depth of field etc etc?
0 Likes

View PC info
Did anyone managed to get the Multiplayer working via Proton? I always get a "cant connect to lobby" sort of error.
1 Likes, Who?

View PC info
I still own the original DOS version of Quake. It's one of the 6 physical games I did not sale when I downsized my physical game collection recently. I use ezQuake to play it often. Excellent game that still holds up, IMO.
0 Likes
Whitewolfe80 20 Aug

Quoting: subIt's a shame, indeed.
They could've at least have a Linux and Mac build out.

Id software dosen't care about porting games to Linux and Mac, and it's sad how this company has changed. Aspyr removed all id software games from the Mac App Store, and they didn't even plan to create new versions that will be compatible with macOS Catalina.

Also remember that id is owned by Microsoft now
3 Likes, Who?

View PC info
Giving it's related to a company who release Skyrim to every single platform but Linux this causes me 0 surprises. (and don't come with "it's a Id Software game" because they're not independent company for many years)

But I would like to praise again the good job of Luxtorpeda developer in facilitating the process of playing these games natively.
0 Likes
1/4»
While you're here, please consider supporting GamingOnLinux on: