So, some time ago Toby Fox released the second chapter of the Deltarune series. Sadly, as was the case with the previous chapter, this one too comes without official Linux support. However, if the [HeartShapedObject] is willing, there is a way to play the game natively on Linux, albeit without official support.

The trick is essentially the same as I described back in 2018 when the first chapter of Deltarune was released. Essentially, Deltarune is made with the GameMaker engine, and you can do a "port" of games like that as long as you can find a compatible GameMaker runner binary to pair up with the game data.

Detailed instructions for how to do this yourself were posted by LemmaPrism on Reddit. However, I went for the even lazier option of downloading an unofficial port by @wudabed on Twitter, which is as simple to use as just downloading and extracting the archive and then running the "runner" file in the resulting folder. This type of a port is a bit of a grey-area legally, but the first two chapters of Deltarune are available free of charge, so no major piracy is committed this way.

However, the experience isn't completely without issues. When you load a save from Chapter 2, you may find that the music isn't playing any more. To fix this, you need to edit the save file in ~/.config/DELTARUNE and set the line for the music volume (line 569 in the file) to a desired value. I recommend setting it to "1,0" for 100% volume (don't worry, it's relative to master volume, which you can set separately). You may also need to change the the value to a decimal-dot or decimal-comma, so from 1.0 -> 1,0 or 1,0 -> 1.0 depending on your system. This step may or may not need to be repeated, particularly if you have an older save file.

After that minor issue has been dealt with, the game runs without any issues. Performance is what you would expect, which is 30 FPS, and after a full play-through I didn't find any notable issues or glitches I couldn't chalk up to being intentional.

You can see some gameplay in the video, cut from my first session of playing Chapter 2. There are no notable spoilers. You can also find the rest of the VODs on my VODs page. 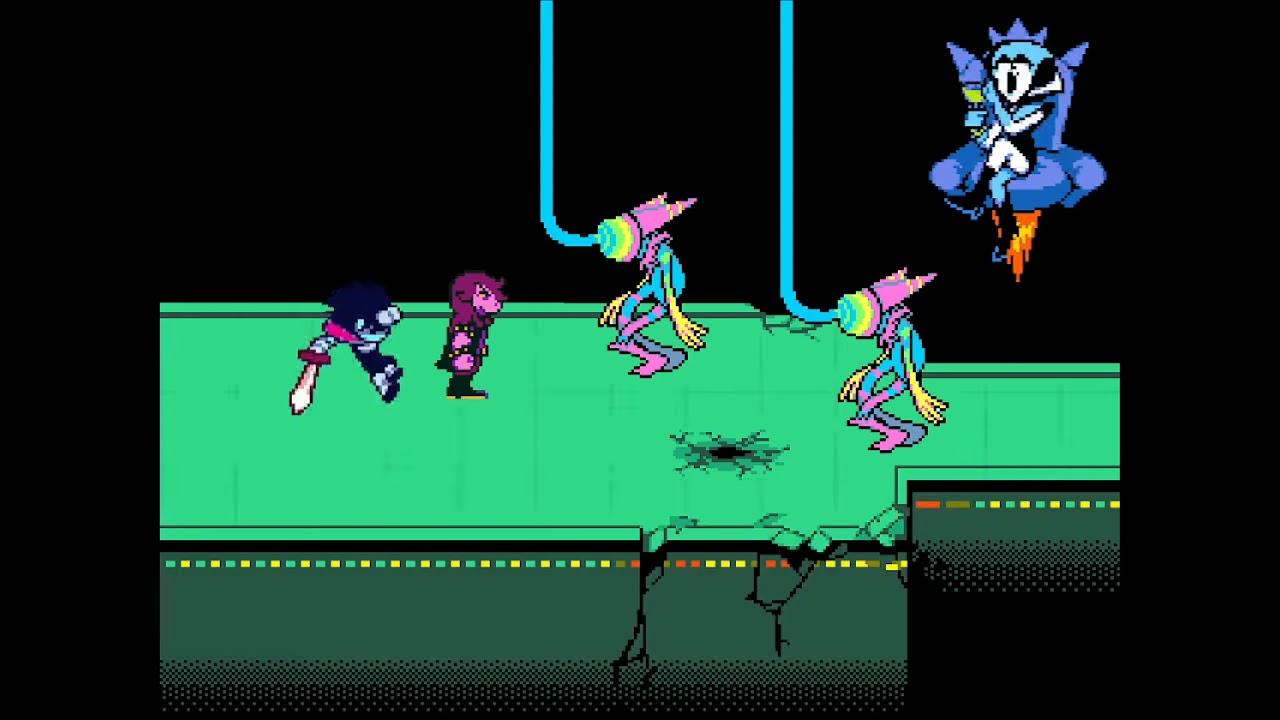 Deltarune is a game I would absolutely recommend you play. It's worth checking it out after Undertale, but the two are essentially about different worlds, even it they share some characters. The characters you interact with most are also new, so you could go straight into Deltarune and not be too lost on the story and lore. On top of that, Deltarune improves upon the combat system of Undertale significantly although the dodging and weaving skills from Undertale do come in handy.

Deltarune: Chapter 2 was also an absolutely fantastic experience and I enjoyed it thoroughly from start to finish. Toby Fox's jokes, both subtle and punny and obvious remain great and Chapter 2 comes with its own banger soundtrack and plenty of character development for the main characters and a pretty cool secret boss for the [BIG SHOTS], even though it wasn't quite as chaotic as the one in the previous game. Considering the price, I'd say it's a quite a good deal.

I'm a Linux gamer from Finland. I like reading, long walks on the beach, dying repeatedly in roguelikes and ripping and tearing in FPS games. I also sometimes write code and sometimes that includes hobbyist game development.
See more from me
Some you may have missed, popular articles from the last month:
1 comment

FifteenthPen 18 Oct, 2021
View PC info
Note: On my setup it runs perfectly in Proton without modification, so I imagine if Proton works well for you in general, Deltarune will be fine if you run it that way.
0 Likes
While you're here, please consider supporting GamingOnLinux on: