Uh oh, looks like Despot's Game: Dystopian Army Builder is going to suck all my time away

Despot's Game: Dystopian Army Builder is a brand new release from Konfa Games and tinybuild that sees you command a bunch of naked people and send them through a strange post-apocalyptic labyrinth. Note: personal purchase.

Like in Loop Hero, you have no direct control during combat you just watch it play out and hope for the best. Here though you're running through some kind of maze-like dungeon full of strange machines, with multiple people you need to look after. They'll likely die a lot though, don't get too attached, you can buy more naked people. Eventually you might come across the nefarious d’Spot who runs the show and perhaps destroy them to earn your freedom.

It blends together quite a few different genres and it feels totally unique. The structure is a bit like The Binding of Isaac with you going from room to room, it's also a strategy game with you buying people and equipping them with various weapons you buy from shops spread throughout the maze and then there's the fusion of auto battling so you can sit back and watch the mess unfold. 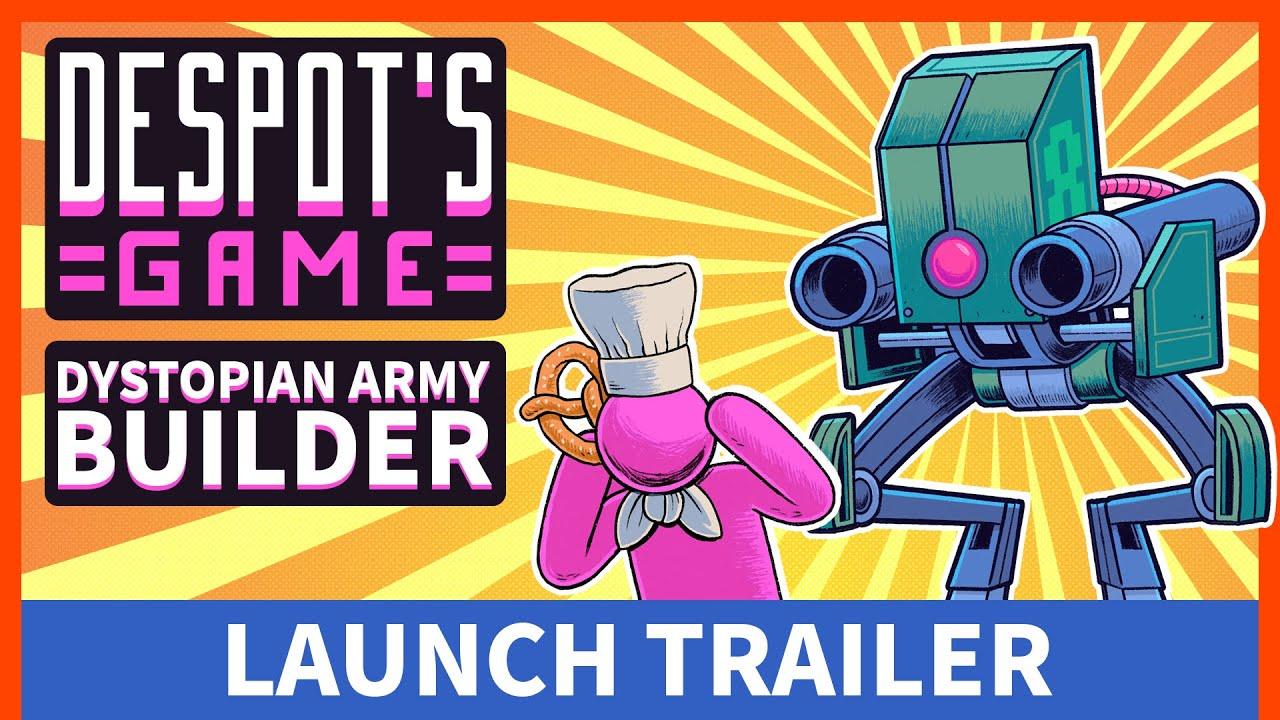 With some epic music and really great pixel-art, this is one you absolutely need to take a good look at. There's so much to love about it. Crazy battles, lots of army customization, random events, the UI is nice and clear with plenty of tooltips on hover so you don't get lost. Oh, that big army of yours? They need to eat too. Each time you move it reduces your food stock but you can sacrifice some of your crew to feed the rest too. A little gross but hey it's dungeon life.

It's in Early Access right now with a plan to remain there for around one year. Some of what they have planned includes a multiplayer mode, new bosses, an "endless" PvE mode, full gamepad support, more items, secret rooms and the list goes on for a while. For an Early Access release though, it's ridiculously good. If you don't hear from me for a week, this might just be why. I do not want to put it down.

The weapon and character types you can get are just hilarious, it really has a bit of everything here. A squad I had earlier mixed in an American Footballer, someone wielding Excalibur stuck in the stone, a Charmed Ring that made another float, a Ninja, a Chef with a large Pretzel and of course a Healer too — it's complete chaos and I want more.

MisterPaytwick 15 Oct
View PC info
The pixel art instantly reminded me of Despotism 3K (which, without surprise, is from the same dev studio)
I hope there is a bit more meat mechanics wise, Despotism 3K wasn't bad, but it was kind of weird and felt repetitive for me, but for the artworks, the OST and the linux support, I'll very likely back them when I can.
0 Likes

View PC info
I'm getting weirded out here... cos I've played this already. Was there a pre-release demo or something? I remember seeing it on Twitch, then getting it, and playing it (only one floor was available). But there's a mad-scientist mission half-way through, and I remember getting a crazy build of high-level sword-wielding dudes backed up engineer types that fired laser bolts!? All a bit hazy, but I've definitely played it.

Anyway - great game, loads of fun and I don't see it in my library any more, so I'll definitely be picking this up again.

View PC info
I insta-bought this, I saw a streamer playing it and it looked great fun

Quoting: scaineI'm getting weirded out here... cos I've played this already. Was there a pre-release demo or something?

Yes, I believe there was a pre-release demo, and I think at the time it was not Linux-native, so I put it in my wishlist and skipped it for later.
2 Likes, Who?
While you're here, please consider supporting GamingOnLinux on: