VKD3D-Proton v2.5 is out for Direct3D 12 on top of Vulkan, improving DirectX Raytracing

VKD3D-Proton is the project that translates Microsoft's Direct3D 12 to Vulkan, another big part of Steam Play Proton and there's a new release out. If you wish to know more about Steam Play and Proton do check out our dedicated section.

A continued focus of VKD3D-Proton is bringing up support for DirectX Raytracing (DXR). As of this version 2.5 the developer notes that DXR 1.0 "is more or less feature complete". A few weird issues are left and eventually the config variable to enable it will be removed when it's stable enough.

Further work went into improving DXR 1.1 and it's now experimentally exposed, with it being enabled by setting VKD3D_CONFIG=dxr11. They say that DXR 1.1 cannot be "fully implemented" just yet, although the feature support missing doesn't seem to currently be used by games. As of now DXR 1.1 inline raytracing is also fully implemented.

They listed some results when testing with NVIDIA and DXR 1.1:

This tagged release also has the bits needed for NVIDIA DLSS in D3D12 titles in Proton. NVIDIA Resizable BAR is supported too for increasing performance, with a new config option of VKD3D_CONFIG=no_upload_hvv to disable all uses of PCI-e BAR memory.

Plenty of Shader Model work was done too with Shader model 6.5 being exposed and model 6.6 "should be straight forward once that becomes relevant".

For the full details see the release notes.

View PC info
yeah with this release finally I can play DIRT 5, yay!! awesome game, the most close to Dirt Showdown of all the series.
1 Likes, Who?

View PC info
So, Nvidia resizable bar is active by default ? or do i have to manually enable it ?
0 Likes
sfjuocekr 18 Oct, 2021
Sorry, I'm that one user testament of it working :)

Do you have a PRIME setup?
0 Likes

View PC info
Tried now with The Ascent, and it does not look bad at all: 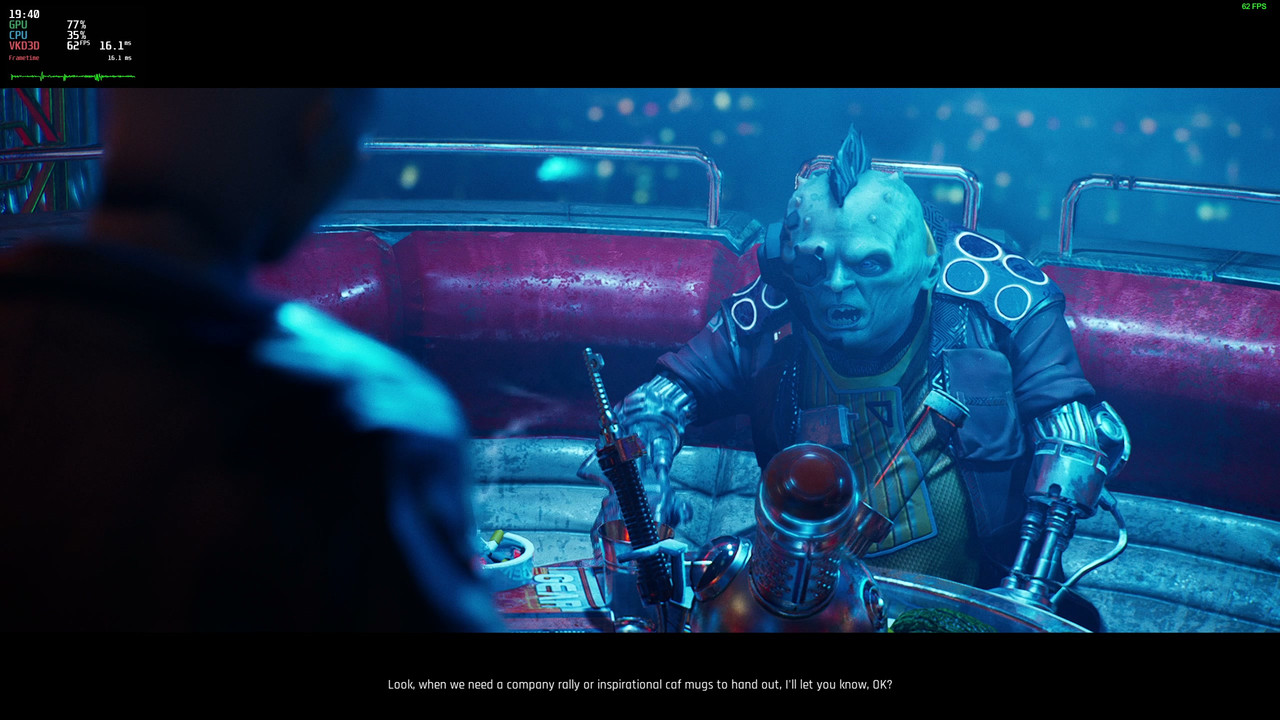 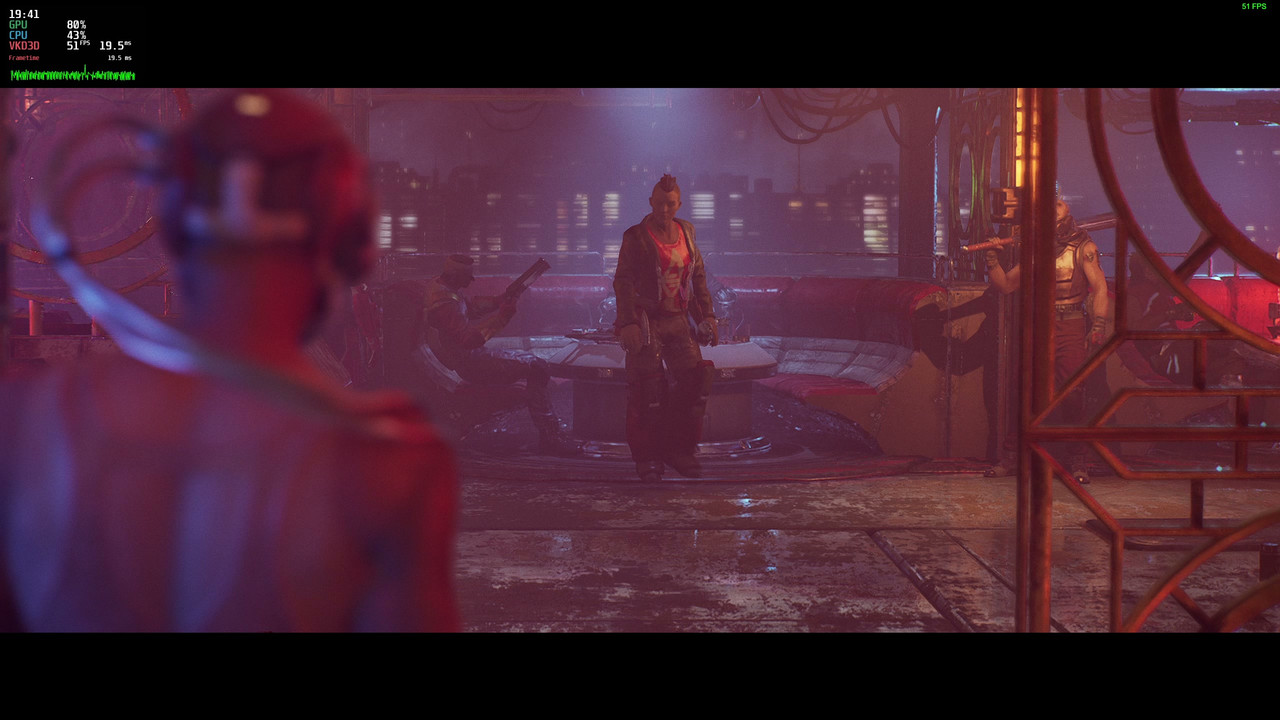 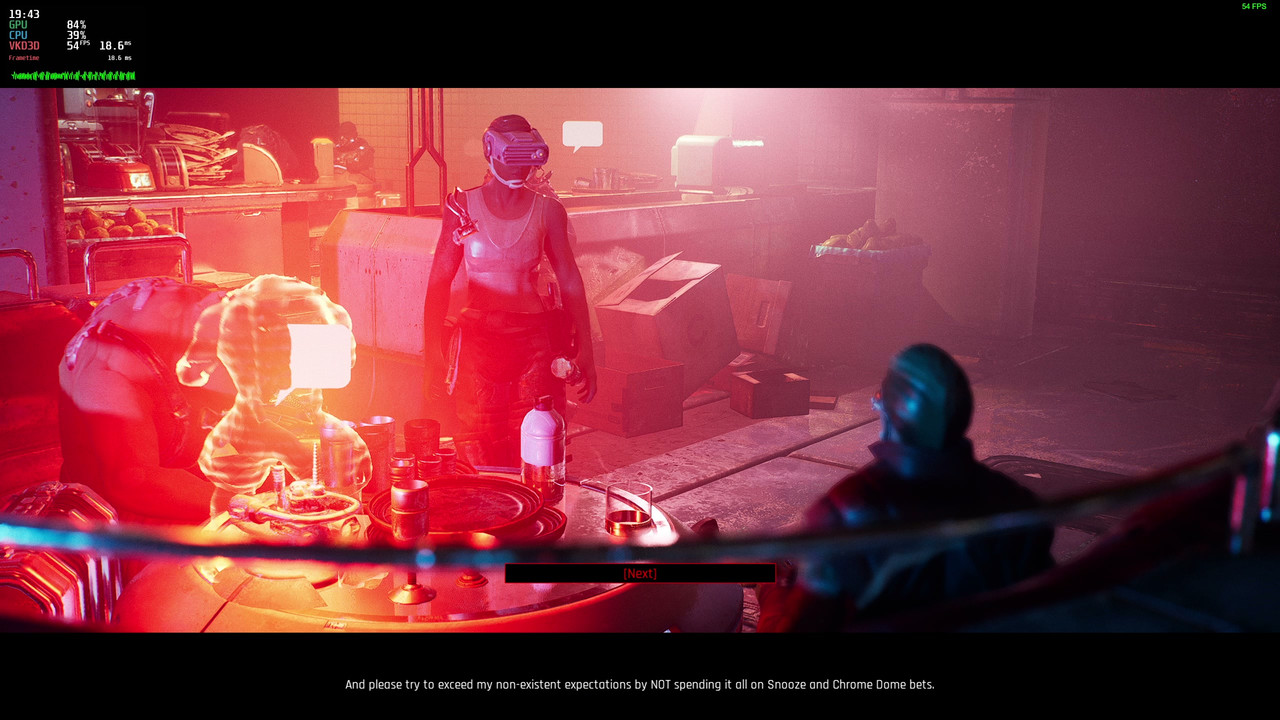 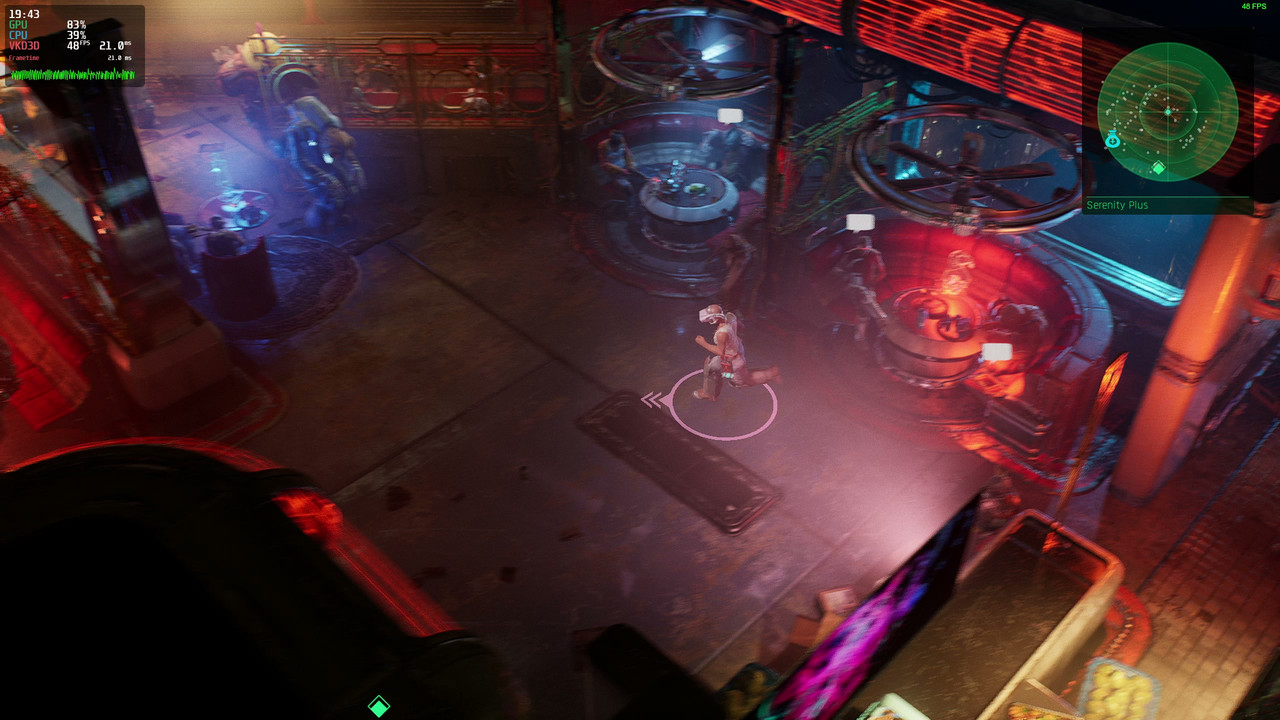 I could not figure out how to enable DLSS and NVAPI though. I'll do further experiments in the next days.

***Edit: made also DLSS work, earlier than expected. I had to put all the rebuilt libraries in the executable directory: 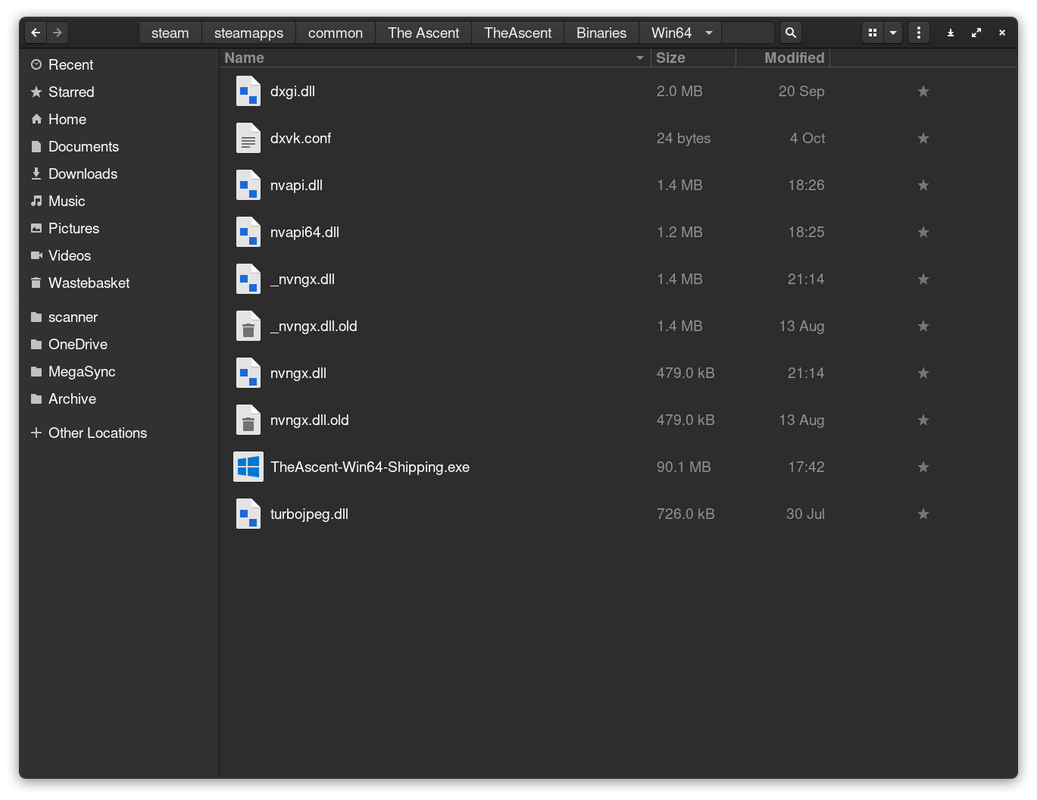 And then use this launch command:

In this way, the DLSS settings finally appear in game: 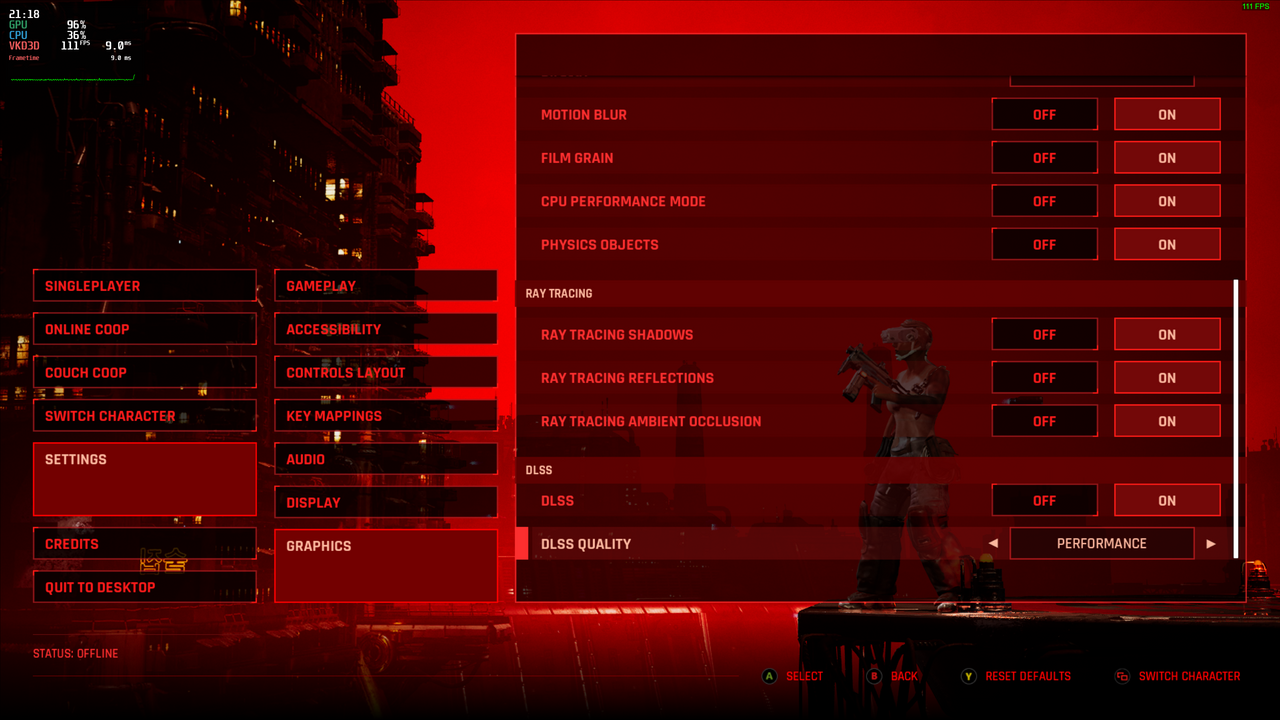 And the game has a good performance overall: 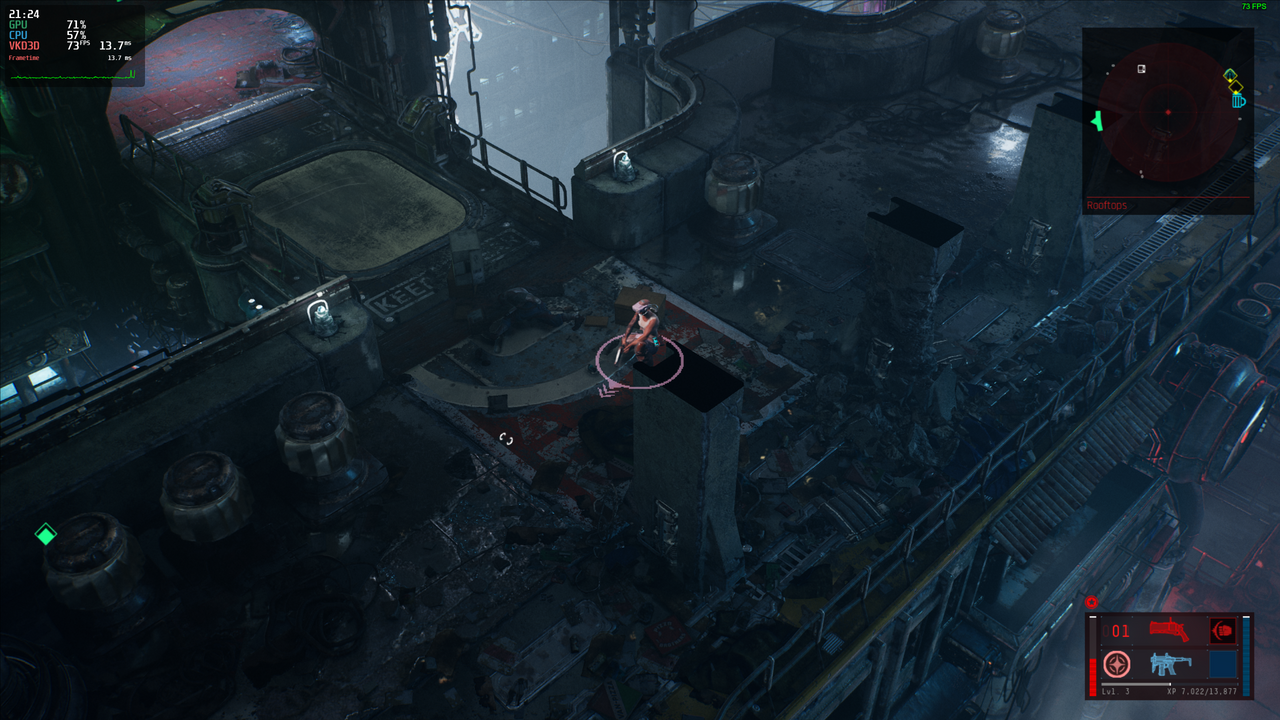 Do you have a PRIME setup?

Do you have a PRIME setup?

ok, then it should actually just work by using `PROTON_ENABLE_NVAPI=1` and disabling the DXVK nvapi hack for that title. May be you are running into https://old.reddit.com/r/linux_gaming/comments/pv37zt/is_dlss_with_proton_already_working/ where _nvngx.dll and nvngx.dll is missing?
2 Likes, Who?

I downloaded the file NVIDIA-Linux-x86_64-470.74.run, set it as executable and extracted all the files..
After copying the file _nvngx.dll the "/usr/lib/nvidia/wine" folder with read only permission, now I have DLSS available.

Thanks for the clue

Quoting: Comandante ÑoñardoI downloaded the file NVIDIA-Linux-x86_64-470.74.run, set it as executable and extracted all the files..
After copying the file _nvngx.dll the "/usr/lib/nvidia/wine" folder with read only permission, now I have DLSS available.

Thanks for the clue