dbrand are cooking up something big for the Steam Deck

It's not entirely clear what dbrand has planned, however their team are clearly cooking up something with a teaser being posted on Twitter.

Who are dbrand? They're a company that specialises in creating custom skins, cases, screen protectors and plenty more for various hardware from phones to consoles and stuff in between - they even make face masks. They're really popular so it's not surprising to see plenty of excitement around their plans for the Steam Deck. 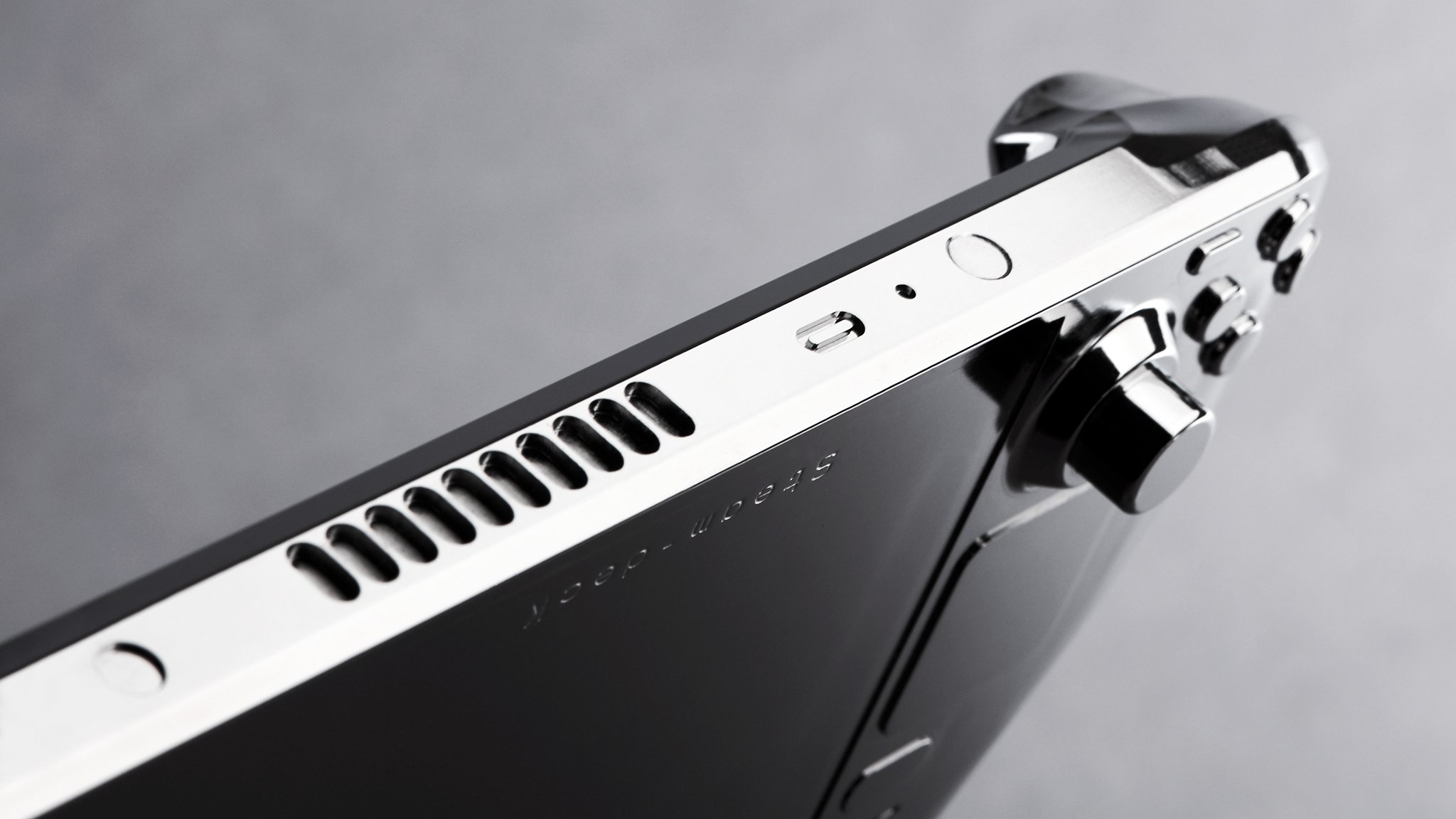 That shot sure looks shiny. It is of course a render and not the real thing but it gives us a small glimpse into what they could be planning with a full custom shell and joysticks. One thing is for sure - I'm going to want a little extra protection on mine, whenever I'm able to get one.

In reply to someone asking if they're making skins, they replied "dream bigger".

What do you expect / hope to see them do for the Steam Deck? Let us know in the comments.

View PC info
It looks kinda metal-ish? The switch(?) on the upper edge reminds me of the iPhone mute switch.

A metal body with a similar style and quality like the classic iPhones? Hell, yeah, I would buy that!
2 Likes, Who?

View PC info
What's with the big knob in place of a joystick?
2 Likes, Who?

View PC info
Our nagging paid off. I did my part!

Ludological 19 Jan
The text is upside down compared to the normal SteamDeck orientation.

Maybe it's a protective shell with screw on analogue stick covers, so you can take it with you without the hard case.

Quoting: LudologicalThe test is upside down compared to the normal SteamDeck orientation.

Maybe it's a protective shell with screw on analogue stick covers, so you can take it with you without the hard case.

I know it's a render, as you point out seems upside down, and the writing is **also** upside-down, and with the knob looking nothing but a "useful" knob, I'd say is a docked-only case somehow. (I know it doesn't make sense since it's a portable device, but hey).

The usb-c port is at the top, and the official dock seems to have a cable to plug it on top, thus this "case" would "allow" to have it upside down while still looking cool.

elmapul 19 Jan
View PC info
valve said they will consider other color options if it sell well enough...
maybe they contacted valve and are planing to share the risks of not having an return of investment in diversifying options for steam deck...

not only colors but the whole plate
0 Likes

Quoting: minkiuThe usb-c port is at the top, and the official dock seems to have a cable to plug it on top, thus this "case" would "allow" to have it upside down while still looking cool.

I think that what is rendered as a button, is actually the USB-C port. The heat exhaust is at the top side, not the bottom.

Actually this doesn't look like the steam deck at all but like the ayaneo next, or something else.
The only thing that looks steamy is the pad and the words steam deck upside down.
From this picture, any steam deck goodness (grip etc.) and usability has been replaced with slickness.


Last edited by Ardje on 20 January 2022 at 3:40 pm UTC
0 Likes
Applejackson 20 Jan
It looks to me like they're making a PSP inspired shell, not just a skin, but I dunno. I haven't seen a PSP in person in a long, long time. Although, I think "Dream Bigger" was an (un?) official apple slogan during the 2nd Steve Jobs Era.
0 Likes

elmapul 26 Jan
View PC info
looks like they arent the only ones:
https://www.youtube.com/watch?v=Nej_0hT0X3M
0 Likes
While you're here, please consider supporting GamingOnLinux on: