Quake II RTX from Lightspeed Studios and NVIDIA just recently gained another big upgrade, this time with some AMD tech thanks to community-provided code. This is possible since it's open source. Still quite surprising though but goes to show how people just want to make gaming better, regardless of hardware vendor politics.

With the release of Quake II RTX 1.6.0 it didn't just bring AMD FidelityFX Super Resolution (FSR) but upgraded many parts of the game with new features too. 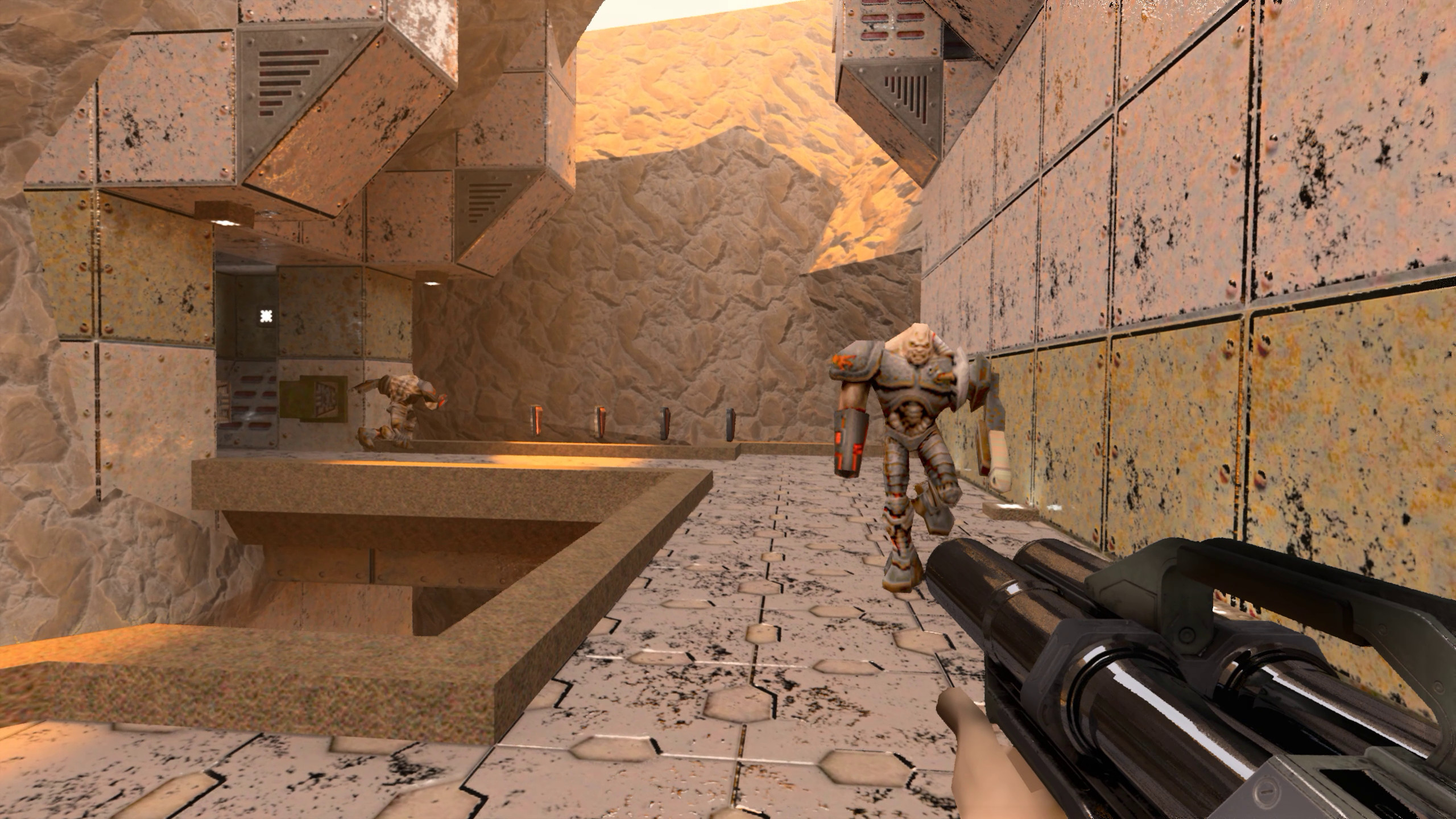 Some of the other improvements include a removal of the NVIDIA Vulkan Ray Tracing extension, since it has been replaced by the vendor neutral extension now. Bigger additions came with support for nearest filtering on world textures, making any models translucent, polygonal light extraction from MD2/MD3/IQM models, smooth normals on the world mesh through a BSPX extension, support for unlit fog volumes and more new features.

You can also now change VSync without reloading the renderer, they extended the supported light style range to 200% to fix over-bright lighting, improved CPU performance, added anisotropic texture sampling for objects seen in reflections and refractions using ray cones, improved the handling of transparent effects in the acceleration structures and the list goes on. That's not even getting to community contributions like the aforementioned AMD FSR, saving and loading games in expansion packs, better support for old mods and enabled x86 builds of the dedicated server, improved behavior of Dynamic Resolution Scaling on map changes and so on.

All sounds pretty great. Quake II RTX is turning into quite the playground of graphics tech.

You can play Quake II RTX on Steam. The first 3 levels are free but to play the rest with it you also need to buy the original Quake II.

I have an AMD Radeon 6900XT and this works:
$ vulkaninfo
What am I missing here?
0 Likes

I have an AMD Radeon 6900XT and this works:
$ vulkaninfo
What am I missing here?

I was able to launch the game. First of all, I updated Mesa to 21.3.4 (raytracing support is relatively new, so better to have up to date Mesa, not sure if I should update kernel too). Next I added RADV_PERFTEST=rt %command% to the games launch options.

That was the good news. I get 10 FPS and graphics are very buggy. There's just few big triangles and some garbage.

I have an AMD Radeon 6900XT and this works:
$ vulkaninfo
What am I missing here?

I was able to launch the game. First of all, I updated Mesa to 21.3.4 (raytracing support is relatively new, so better to have up to date Mesa, not sure if I should update kernel too). Next I added RADV_PERFTEST=rt %command% to the games launch options.

That was the good news. I get 10 FPS and graphics are very buggy. There's just few big triangles and some garbage.

That did the trick. But my result is similar as yours. Very low FPS with big triangles and garbage.

This is the Steam version. Compiling Quake II RTX from source gave me some SDL2 wl_proxy_marshal_flags error which they are currently fixing.

Anyway, I will check if this bugginess is hardware or software vendor politics.

I will check the Steam version in Windows.
0 Likes

Quoting: Oet_I will check the Steam version in Windows.

Runs properly on Windows. Turning on dynamic resolution scaling massively improved FPS, which was turned off by default.
Quake II running smooth with raytracing is way more beautiful than the OpenGL version.
Now I wonder what we have to do to get the Linux version running properly.

Quoting: pete910Think you need to use the prop vulkan driver for full support but dont quote me on that

Looks like Radv and Mesa has worked at some point: https://gitlab.freedesktop.org/mesa/mesa/-/issues/5911

Based on that, getting older version of Quake 2 RTX should fix the issue.


Last edited by Anza on 25 January 2022 at 1:03 am UTC
1 Likes, Who?
While you're here, please consider supporting GamingOnLinux on: