Send help as I have discovered Bloons TD 6

Stepping slightly out of my comfort zone recently to try something different, I picked up a copy of Bloons TD 6 and I think I now may need help to tear myself away from it. Note: played with Steam Play Proton.

I'm a huge fan of strategy games but I usually go for the more base-building RTS types, with Tower Defense not something I go for often. Based on how it looks, Bloons TD 6 is a game I would say you could easily pass up and not think anything of it. I honestly thought it looked a bit, dare I say it, overly childish. Oh how I was wrong. Bloons TD 6 is a monster of a game but family friendly for sure. 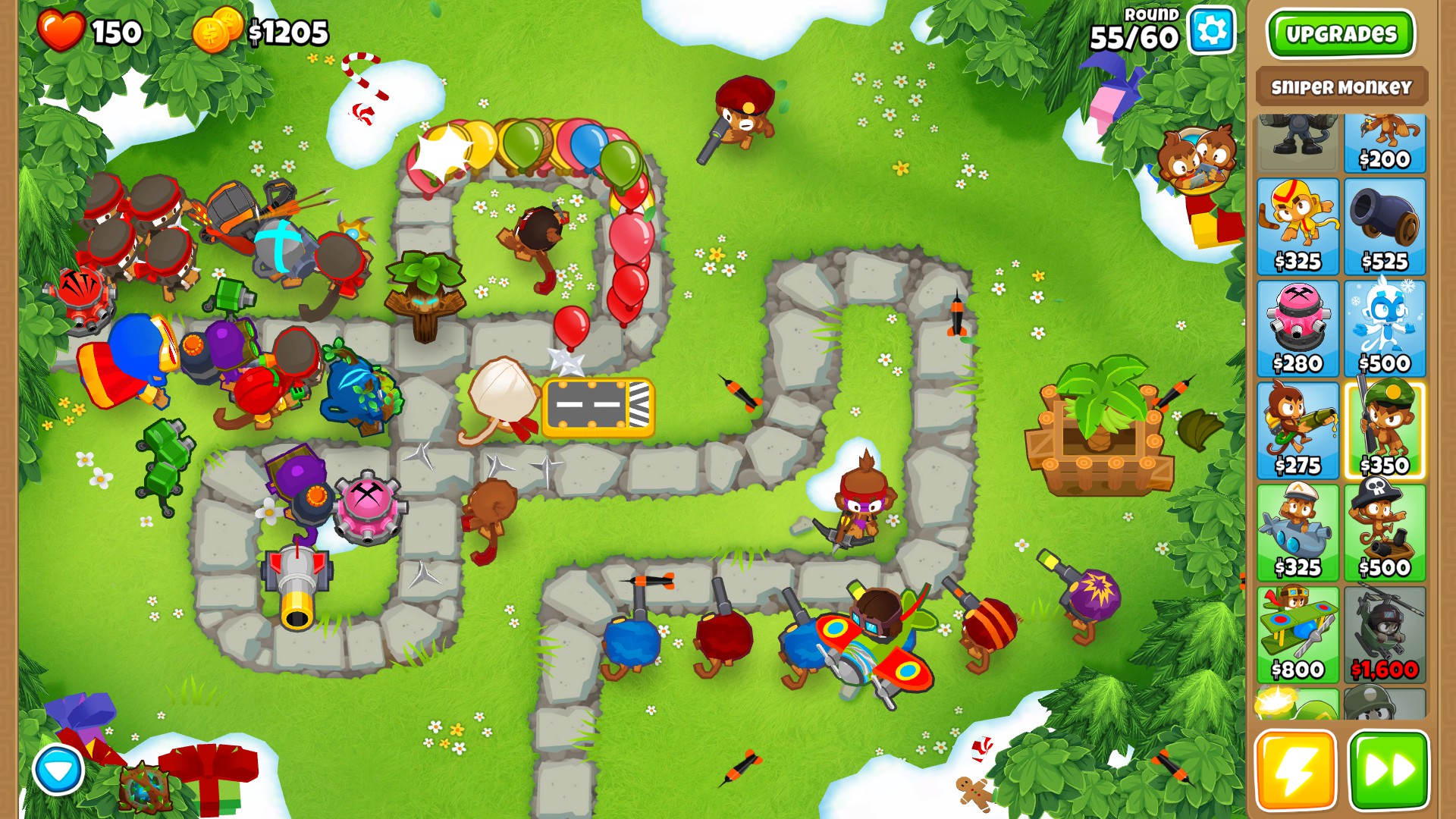 Bloons TD 6 is, in a word, fantastic. It's not a new game, released originally back in December 2018 and so I'm a bit late to the game on this one but gosh it's good. Who would have thought that Monkeys popping balloons would make for a good Tower Defense game? I didn't, obviously. However, I can't be the only one who enjoys the simple pleasure of popping balloons in real life? Bloons TD 6 offers that in the hundreds and thousands of wow it sure is satisfying watching hundreds of balloons float around getting popped.

Not only can you blast through hundreds of hours by yourself but you can bring a friend too - or a few, as it has 4 player co-op. So I did and cross-platform multiplayer works exceptionally well even between a Linux machine running it through Proton and someone else on Windows (tested both joining / hosting). Simply beautiful.

There is only a small learning curve to Bloons TD 6 too, mainly requiring you to pay attention to the types of balloons coming and keeping an eye on the wave number, to be ready for special Bloons that appear on later waves that you need a few special upgraded Monkeys to overcome.

The only part I'm not keen on are the micro-transactions. However, you can get everything simply by playing and it's not even remotely difficult to unlock things (which you do constantly) so it has a reasonable balance there overall. 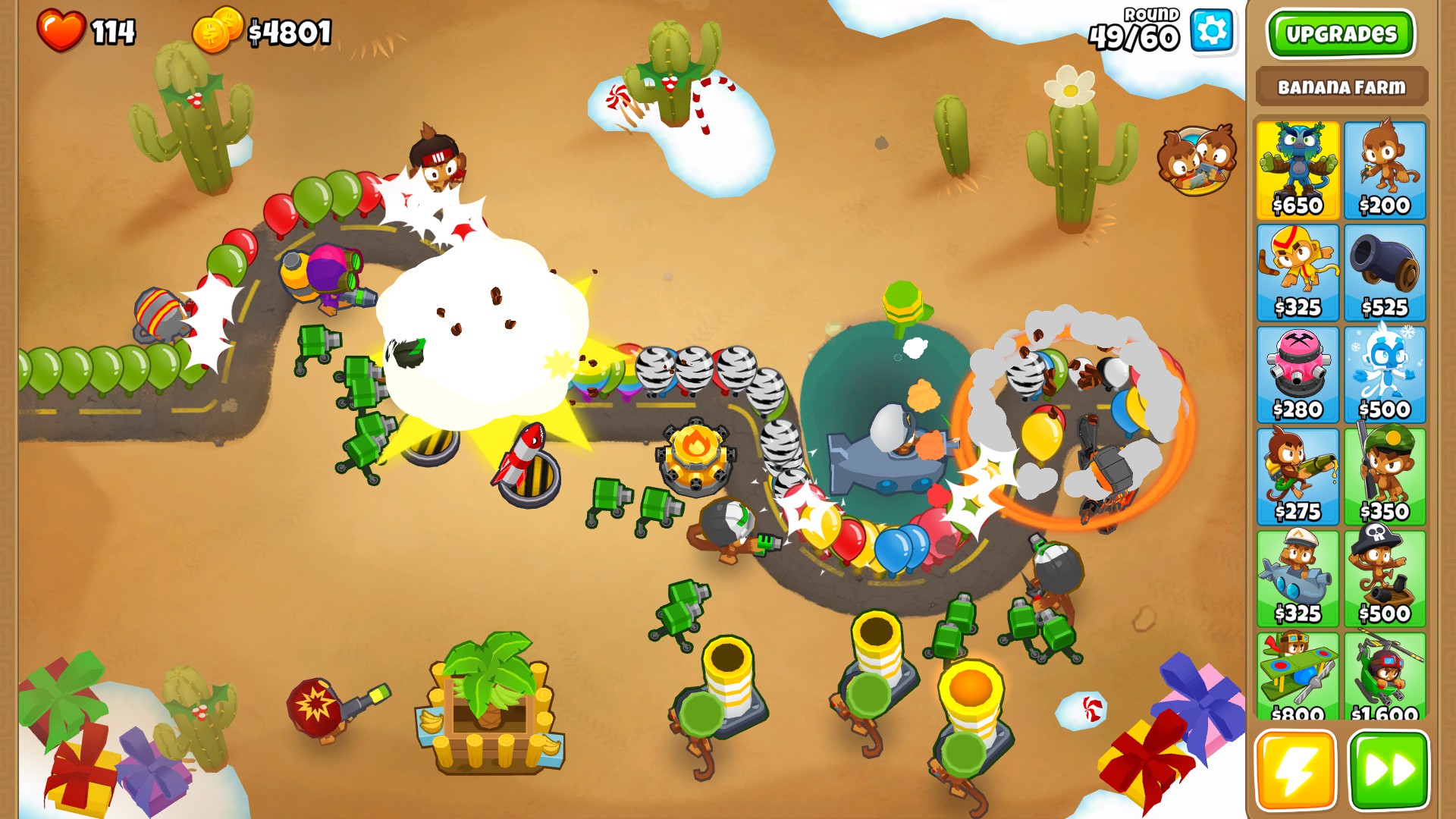 If you enjoy Tower Defense games, go grab it. Bloons TD 6 might possibly be one of the best TD games ever made. Steam reviews back it up too with well over 100,000 user reviews and an Overwhelmingly Positive rating, so you really don't need to just take my word for it. Constant updates too that add new features, new Monkeys, new maps and more.

The developer was also quite responsive when an issue appeared with Proton, submitting their own bug report to Valve that ended up getting fixed.

Quoting: ridgeUsed to play the original Bloons TD flash game as a kiddo, great fun!
If anyone is looking for a different spin on the tower defense genre, check out the Anomaly series. Anomaly: Warzone Earth is my favourite "tower attack" game by far, as in you control a soldier and deploy attackers in real time. You might recognize the developers, they're currently making Frostpunk 2. It also has a native Linux version, however the last Anomaly game, Anomaly Defenders, does not..

A few other TD picks (linux-native):

Mindustry is one of my favourite blends of tower defense and factorio :)

Revenge of the titans (and others in series) is quite nice too!