Stellaris 3.3 Unity gets a Beta available on Steam

Paradox Interactive are gearing up ready for the next major update to their space strategy game Stellaris. A new opt-in Beta is available for the 3.3 Unity update.

There's still plenty of work to be done to finish the update with it still in active development, however this is your time to get in early and see what's new and report any issues. Currently some new localization strings are only in English and there's some placeholders but there's a lot of new features and reworks.

Here's a breakdown of the major changes:

To access it you need to opt into the "stellaris_test" branch, found right at the bottom of the Betas list when you go to the Properties of Stellaris on Steam. 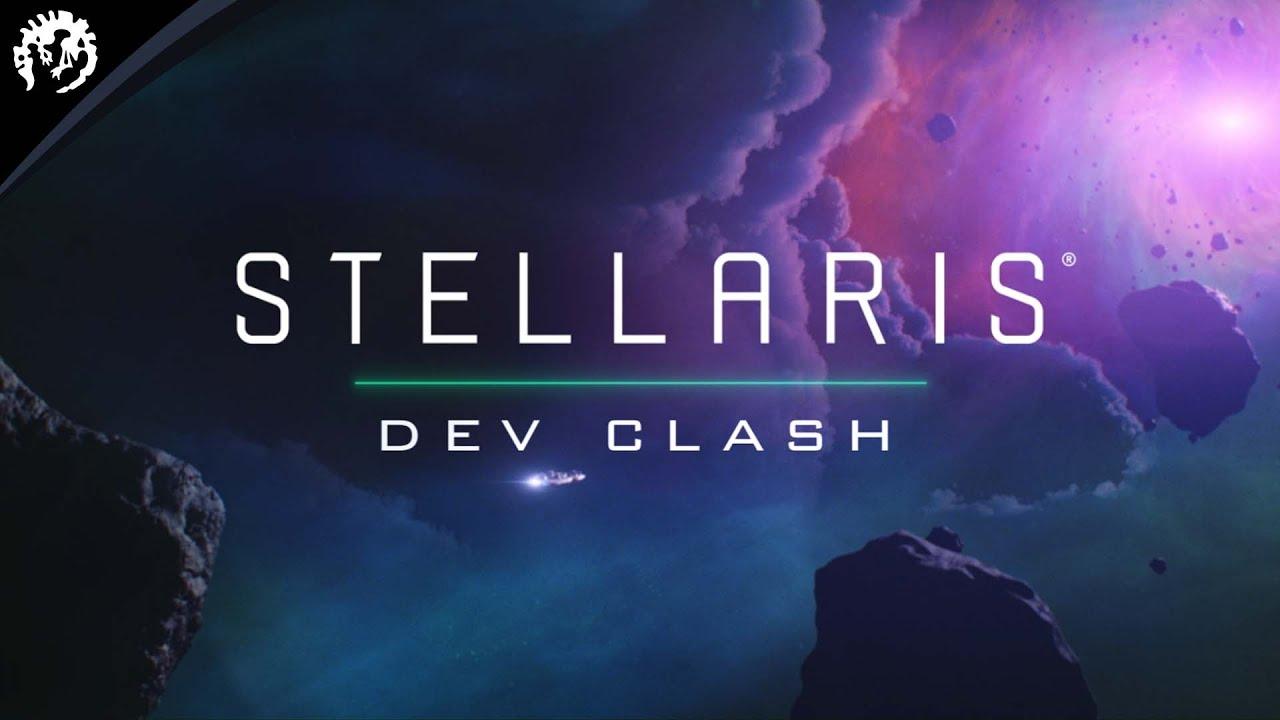 View PC info
Hmmmm, not sure if I like what I'm hearing.
Only time will tell...

QuoteAll means of increasing Administrative Capacity have been removed. While there are ways to reduce the Empire Sprawl generated by various sources, empires will no longer be able to completely mitigate sprawl penalties. Penalties and sprawl generation values have been significantly modified.

What?! Dammit!
This sucks. Guess the "Wanna go tall" agitators got their way this time around. No doubt somewhere around 3.6 Wide proponents will get something that makes wide viable again. And back and forth.
All this kind of tall vs. wide stuff should be options, toggles or sliders, so the tall mongers can go do their thing after flipping the switches they want and let the rest of us actually do all four Xes in a 4X game.

I could never figure out what that did anyway--nothing ever stopped me from issuing all the edicts I could afford and was interested in doing.


QuoteToggled Edicts will have monthly Unity Upkeep which is modified by Empire Sprawl.

Uhhhhmmmm . . . I'm not stoked about that. Bad enough I have to pay Influence for most of them when I've got star systems to grab.

. . . Looks over the rest of it . . . So, lots of stuff costs Unity instead of Influence, lots of stuff costs monthly Unity . . . but you can't boost Admin Cap . . . guess I'm going to be building a lot of Unity-making buildings instead of administrative buildings. I mean, it sounds rather annoying and kind of pointless, but I suppose it won't be that big an adjustment really. I'll just have Cultural worlds instead of Administrative worlds. Except I'll be constantly annoyed at the increase in Sprawl if I want a decent sized empire.

All in all, I think I'll probably be sticking to previous versions--I REALLY hate the idea of not being able to do anything about Sprawl.

View PC info
What perfect timing, I finally got my gaming desktop delivered yesterday after four months in transit so I can finally play Stellaris again! Think I'll give this beta a try.

View PC info
what a strange patch. I'm not plugged in to the Stellaris community but I'm surprised people were upset about how useless Unity is. I'm split between thinking this is strange because it feels like a balance patch for a single player game, and thinking it's strange to dramatically reshuffle the mechanics five years after release. I'm not against making Unity more important (agree with poster above that the administrative capacity change is bad), but I would have preferred a content patch.
2 Likes, Who?
Mal 21 Jan

Planetary ascension tiers finally try to capture those mechanics that in history allowed numerically small communities to be stronger than larger ones.
0 Likes

Quoting: Purple Library GuyAll in all, I think I'll probably be sticking to previous versions--I REALLY hate the idea of not being able to do anything about Sprawl.

Just to point out, the first bit you quoted says there are ways to reduce Sprawl (just not totally mitigate its penalties).

Quoting: anewsonI'm split between thinking this is strange because it feels like a balance patch for a single player game, and thinking it's strange to dramatically reshuffle the mechanics five years after release.

Single player? This feels to me primarily like a multiplayer anti-snowballing balance patch—getting bigger is now no longer the single, degenerate, strategy for competition. (Well, in theory anyway, we'll see how it goes in practice.)
0 Likes
Purple Library Guy 21 Jan

In history, as far as I can make out numerically small communities were only stronger than large ones if they had a tech advantage.
0 Likes
Mal 24 Jan

In history, as far as I can make out numerically small communities were only stronger than large ones if they had a tech advantage.

Tech advantage is more of a consequence of a more efficient society, rather than the cause. After all real world research doesn't grow on land tiles for pop lucky enough to settle nearby to gather. Even today, inside the same nation, you might find areas where it's "easier" to make art, produce something or make reseach. That's not because of better tech, but because of the local culture (sub culture in the case of different areas in the same nation). Which produce, among other things, better tech.

Move the same person from one cultural area to another, and that average person will produce % more or less on average. That's how countries with smaller pops can topple countries with much more pops. Their society multiplier compensate the demography. And moving "tech" will certainly give a boost. As can money, weapons or resources. But only temporarily: the disparity in production overtime enlarges the gap again.


Anyway I read on reddit that the first impression on the beta is that those ascension bonuses are negligible, so I guess PDX is far from enabling actual vertical gameplays (it's not just countries, also game companies have hard time in ascending their culture

In history, as far as I can make out numerically small communities were only stronger than large ones if they had a tech advantage.

Tech advantage is more of a consequence of a more efficient society, rather than the cause.

I tend to disagree. Material conditions are more likely to shape both culture and available technique. Have you read "Guns, Germs and Steel"?

One of the biggest things that made the hugest difference to development of societies was domesticability of plants and animals. You would think that no matter where they happened to be, humans would just domesticate whatever was handy, but there are actually some pretty specific characteristics that are needed for it to work, and they're surprisingly rare. So for instance, one might imagine that in Africa they could domesticate, say, zebras to serve like horses did elsewhere. Unfortunately, it basically cannot be done--zebras are not just horses with stripeys, and their instincts do not lend themselves at all to domestication. People have tried, it don't work.

Most of the cereal crops harvested around the world today all have their origins in a fairly restricted part of the Middle East and spread from there. The rest of the world just didn't have anything as good and easy to cultivate. And, like plants in general and to some extent animals, they spread better East-West (ie within climatic bands) than North-South, which meant they got to Europe and Asia much easier than to Africa. The Americas, being basically spread more north-south, generally found it harder to diffuse agricultural techniques from place to place than Eurasia, with its wide east-west span. Other places did come up with stuff, but it was harder and didn't work as well and so got going slower.

I won't say culture has no impact. Hard to tease out, though, and groups on top would always rather conclude that it's because of their superior culture than because of lucky material circumstances. I tend not to trust such cultural explanations.
1 Likes, Who?

View PC info
my quick two cents; the geographic theory of development (Guns, Germs, and Steel good example) has been on the way out for a long time; lots of evidence that the causal channel for geographic is weak. The current best evidence is for institutions, recommend anyone interested check out "Why Nations Fail," by Acemoglu and Robinson. Acemoglu is the world's greatest political economist (among other things). Because geography (for Acemoglu, disease environment in particular) can sometimes influences institutions, you do observe correlations between features of geography and outcomes.

The problem with using culture as an explanatory variable is that it's very difficult to test. First deciding what is and is not culture is difficult, then being able to break a particular culture into its constituent parts in order to make meaningful scientific tests of their causal influence is difficult. This means that saying something is due to culture is close to unfalsifiable. There's some good work on this but it's still very early (take a look at Nathan Nunn from Harvard). As such we should hesitate to attribute anything to culture until better tests are available.
0 Likes
1/2»
While you're here, please consider supporting GamingOnLinux on: