Oh no, not again, not another game to hook me in and steal away my free time. Halftime Heroes is out in Early Access. Note: personal purchase.

Here's the thing about it, Halftime Heroes is clearly a shameless attempt to jump on the hype-train created by the very popular Vampire Survivors. However, Vampire Survivors was not the first wave-based survival game and certainly won't be the last but it has helped to push their popularity up with a very clear design — and that is exactly what Halftime Heroes has copied and put into 3D.

I won't fault them though, not completely. This kind of thing happens everywhere across every industry, it's how Battle Royale got popular, auto-battlers too, various FPS games and so on — they all copy each other. With Halftime Heroes, they have a native Linux version right out of the gate too. Here's some footage from my Steam Deck (it works just fine on desktop too): 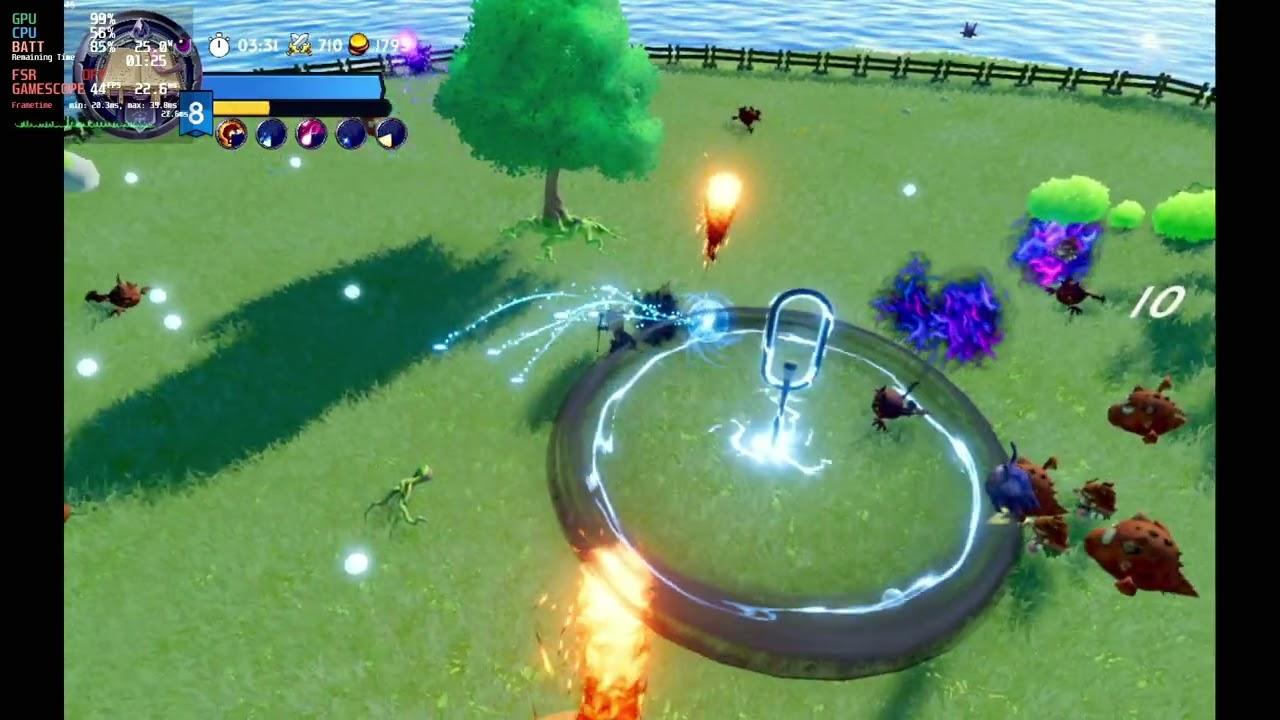 After playing it a little, I do have some immediate issues with their take on it. The first is that the 3D perspective they chose makes it sometimes hard to tell exactly how much space there is between you and enemies, leading to you getting hit when you think you can wiggle through. Another is the music, it's terrible and doesn't fit at all. Optimization is an issue here too, with even my powerful main PC dropping down to 30FPS when in later waves with lots of abilities firing everywhere.

For now, as a game that's unfinished and in Early Access, it's promising enough.

Really, I don't think it will hit the popularity level of Vampire Survivors but I certainly won't count it out either. If there's one thing I've learned over the last few years: expect the unexpected to become popular, especially when AAA games continue to cost a fair amount of money and Halftime Heroes is only about £2.

View PC info
Loving the new "Native Linux" tag. I can imagine that will come in handy, especially when combined with other tags (such as store tags, perhaps). Game looks interesting - I've seen Vampire Survivors streamed a couple of times and this is, as noted, a pretty clear cash-in. Looks decently well done though, although the slow run speed might end up annoying me!