Work continues on the Wii U emulator Cemu to bring it over to Linux, and with that gain Steam Deck support. The developers still plan to open source it too, with their roadmap indicating it's still scheduled to happen this year.

For the Linux port, the developers put up an Imgur post going over the current status. An important milestone has been hit recently, with the project being able to be compiled on Linux "without errors". After that, they said it "didn't take long until we were able to boot the first few games" with a screenshot shared of it running on a Steam Deck: 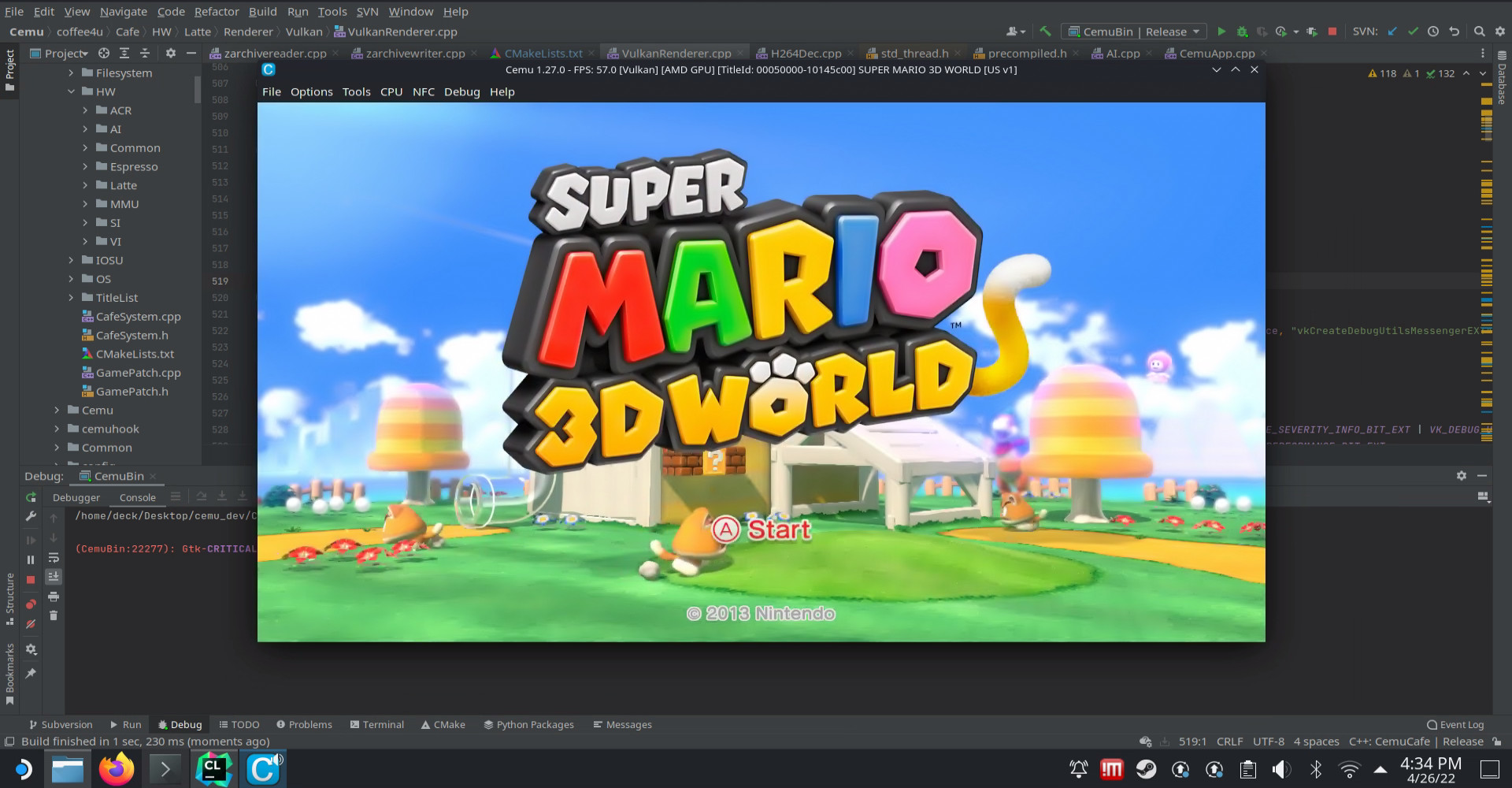 Plenty more work is still to be done though, so don't expect it too soon. Lots of issues remain from UI problems to porting over various other parts like networking and sound. From what they said we're looking at "1-3 months" before it will be ready to release in public.

They also showed off that it can do OpenGL and H264 video decoding in the port, along with a shot of some of the broken UI. So a ways to go yet but it's coming along nicely it seems.

jordicoma 27 Apr
View PC info
Good news. I'm waitting for running it on Linux. The windows version has some problems with the second screen. Hope also that we will see it as opensource soon.
4 Likes, Who?

View PC info
been using the windows version thru wine and it runs pretty nice. can't wait to not have to do that anymore
1 Likes, Who?

View PC info
Nice can't wait for this to hit and Lutris to add a runner or heck even for a core to be made in Retroarch once its opensource. Lutris makes a great game manager IMO
1 Likes, Who?

Chuckaluphagus 27 Apr
I actually own a WiiU - I'm really pleased that Cemu is going this path, it'll make sure that my library of games is playable long into the future.
4 Likes, Who?

View PC info
This is nice. I have a WiiU, but haven't played it in a couple years. Nice to have an alternative to play the games I liked for it. :)
1 Likes, Who?

View PC info
Have a Wii-U copy of Breath of the Wild sitting on my desk just waiting for this.
0 Likes
tobinami 30 Apr

I was just going to ask if anybody knew what IDE that was. Looked similar to Android studio so I knew it was jet brains related.
1 Likes, Who?

Quoting: jarhead_hHave a Wii-U copy of Breath of the Wild sitting on my desk just waiting for this.

It already works great in wine. I just started a new modded run in master mode. I'm also looking forward to The Second Wind Expansion project
1 Likes, Who?
While you're here, please consider supporting GamingOnLinux on: