Fall Guys to become Epic Exclusive for new owners, so no Steam Deck support then

Here we go again. Another game is moving from Steam to become an Epic Exclusive and this time it's Fall Guys.

It's the same situation as Rocket League. Epic acquired the studio, eventually made it free to play and pulled all new players from Steam to force them onto the Epic Store and that's what's happening with Fall Guys on June 21st. So anyone who owns it on Steam can continue playing and get updates but no new players on Steam will be able to get it.

For Proton and Steam Deck, this complicates things. Right now, Fall Guys has the Easy Anti-Cheat file needed to run on Linux and Steam Deck, although it's in the wrong place and needs moving to work (see here). Now, there's really no reason for them to keep it there and certainly the Epic Store release won't think about Linux and Steam Deck at all since Epic don't support either. 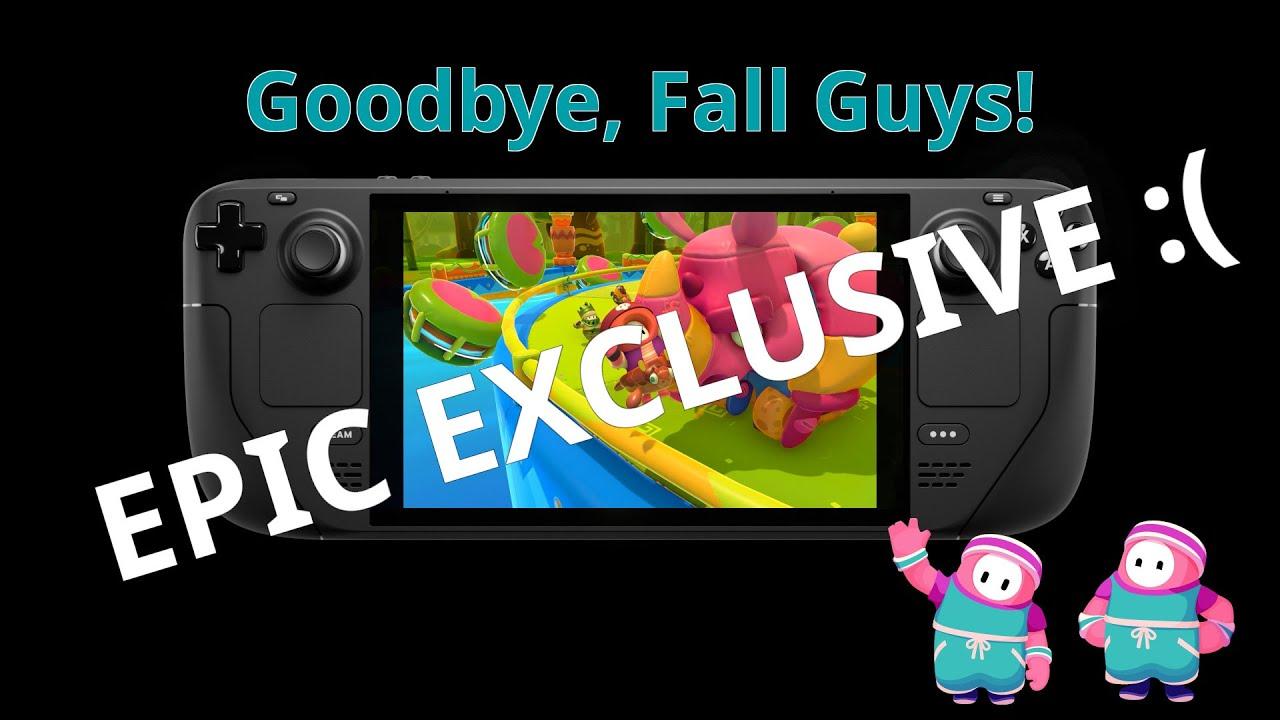 What to do then? Well, there's always the cheap knock-off of Stumble Guys which appears to work perfectly although it's clearly a much cheaper copy that really doesn't feel as good. You never know what might happen though, perhaps they might see a surge in players and just keep on making it better.

We do often include affiliate links to earn us some pennies. We are currently affiliated with GOG and Humble Store. See more here.
About the author - Liam Dawe
I am the owner of GamingOnLinux. After discovering Linux back in the days of Mandrake in 2003, I constantly came back to check on the progress of Linux until Ubuntu appeared on the scene and it helped me to really love it. You can reach me easily by emailing GamingOnLinux directly.
See more from me
Some you may have missed, popular articles from the last month:
24 comments
Page: «3/3
SteveFox1620 18 May
I played this at a friends house. Looked fun, but then noticed 3/5 matches someone was cheating. Never bought it. Certainly won't now. The devs lied and that's all I need to know.
1 Likes, Who?

View PC info
I claim the free games on Epic and played a few of them, but every time I get tempted to buy something on Epic I can't bring myself to follow through. As someone here once said, 'Steam treats Linux users like kings.'
1 Likes, Who?

Quoting: BalkanSpyOk, what Epic just did is an really underhanded move. I mean, the true fault lies at the developers Mediatonic for accepting such an offer, but this doesn't makes Epic's behavior any less shady.

Mediatonic were bought out by Epic at I believe at the end of last year. How is that shady exactly? Because they made a business deal you didn't like? Because that's not what shady means. Shady means it was done on the down low away from prying eyes, which this deal wasn't.

Them buying out Mediatonic and being EGS exclusive was the next step, and anyone who paid attention to the buyout news shouldn't be surprised by this. They did this with Psyonix and Rocket League, so it stood to reason Fall Guys was going to Epics' store too. I don't like it either, but I can't say i'm surprised, let alone feign it for internet points.

I didn't know they were bought by Epic, but it doesn't change the fact that it is not OK to make something that was previously buyable on Steam for 2 whole years unavailable simply because they can.
0 Likes
Whitewolfe80 19 May

View PC info
Had no interest in it but if you've already got it your good if that wasn't the case I d be more get the pitchforks. But honestly epic keep doing this feral had port almost ready of Troy then epic got exclusive for a year and that blew that deal out of the water. Rocket league same thing doesn't appeal to me apparently you need something called "friends" to play it and have fun
0 Likes
« 1«3/3
While you're here, please consider supporting GamingOnLinux on: