SCS Software have put out a statement about the Heart of Russia upcoming DLC for Euro Truck Simulator 2 and they've decided not to release it. With the ongoing barbaric invasion of Ukraine from Russia, it's not exactly surprising that releasing a DLC expansion for a game that's focused on Russia might cause problems.

In their statement, SCS mentioned how they "try to be as apolitical as possible" but in this case, they simply could not stay silent on it "with so many people suffering, we decided to refrain from releasing the DLC so that it is not perceived in any way as being in support of or tolerance of the aggression".

Sounds like it's not completely cancelled though, as they will hold onto it until Ukraine can "rebuild and heal" so they will then "endeavour to find a way for our Heart of Russia DLC to play whatever part it can in that healing process, for everyone". 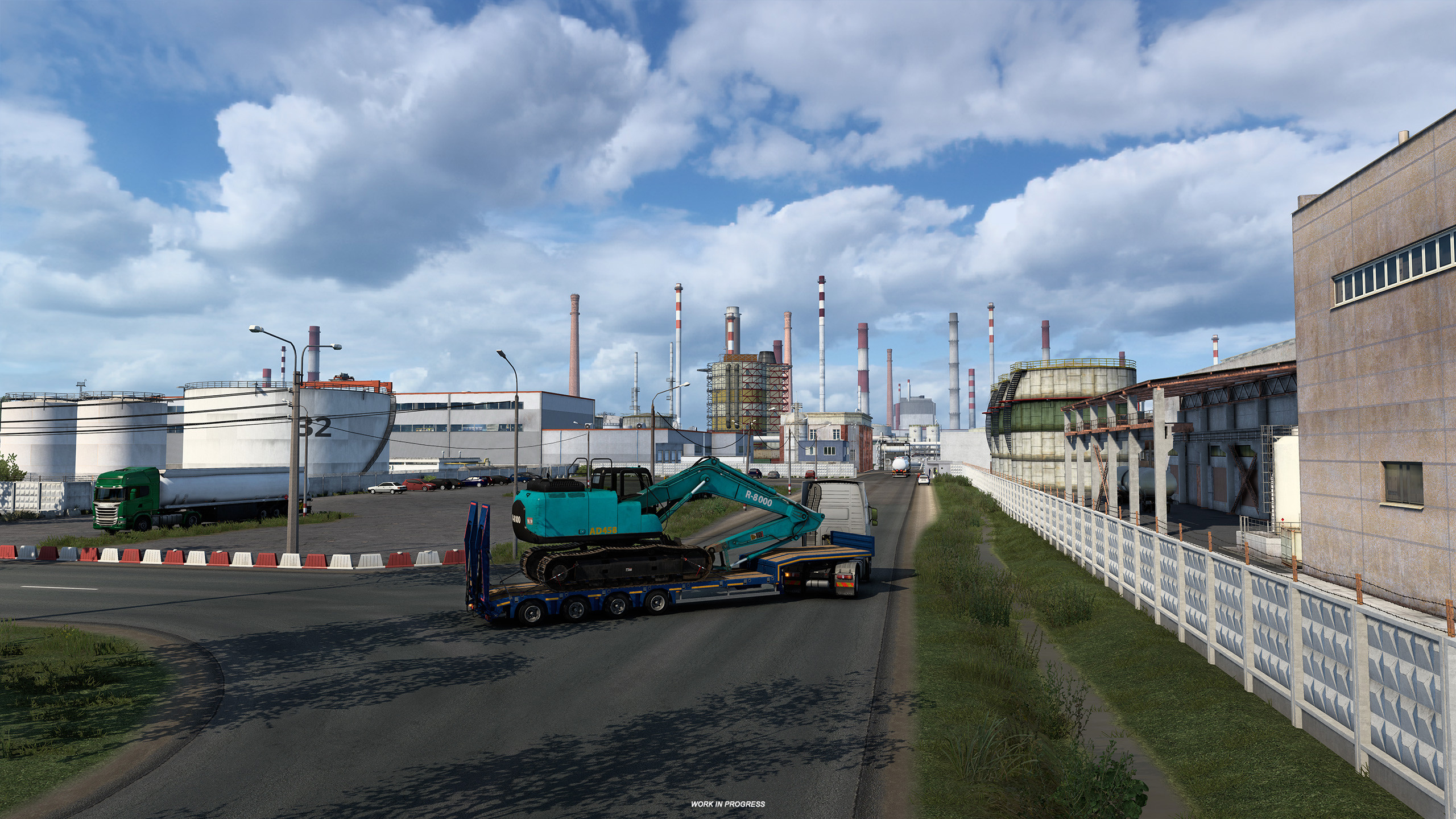 A tough situation for SCS to navigate through, considering all the effort they put into their work and their DLC are usually quite well received too due to the work they put in to capture the essence of the areas they add in.

You can buy ETS2 from Humble Store and Steam.

We do often include affiliate links to earn us some pennies. We are currently affiliated with GOG and Humble Store. See more here.
About the author - Liam Dawe
I am the owner of GamingOnLinux. After discovering Linux back in the days of Mandrake in 2003, I constantly came back to check on the progress of Linux until Ubuntu appeared on the scene and it helped me to really love it. You can reach me easily by emailing GamingOnLinux directly.
See more from me
Some you may have missed, popular articles from the last month:
The comments on this article are closed.
60 comments
Page: «2/6»

Quoting: chelobakaBusiness cannot be run on emotions and it shouldn't touch politics as well. Does cancelling of this DLC help one side against the other in the conflict? Highly unlikely. But it will surely hurt the developer.

Politics and emotions affect the buying decisions of their customer base. We're not machines, and we have our own (political) opinions and personal biases. Therefore you simply cannot separate business from politics and emotions. That's obvious from consumer focused marketing for basically any product ever.

Besides, businesses are run by human beings with their own opinions and ethical standards, as they should be. These people are free to make business decisions based on these standards, at least within the confines of relevant laws and regulations, balanced with the needs of stakeholders in case of a public company. And SCS is still a privately owned business, so no pressure to satisfy indifferent investors.

In this case, I'd argue the decision was driven by the market as much as it was influenced by politics. The Russian Euro Truck Sim community isn't likely to be totally insignificant, but SCS's customer base is likely to be overwhelmingly on one side of this particular issue. Positive messaging pertaining to Russia (even in a context like this) isn't likely to go down well right now, or in the near future.
5 Likes, Who?

View PC info
I think that selling this DLC and giving a cut from income to some good charity would be also an acceptable solution.
6 Likes, Who?

Quoting: etamI think that selling this DLC and giving a cut from income to some good charity would be also an acceptable solution.

Even if they did that and donated 100% of the proceedings to charity, I think pretty much nobody outsides of Russia wants to touch Russian-themed content with the proverbial 10-foot pole right now. It wouldn't really sell well anyway.
2 Likes, Who?

Quoting: LinasIn the end we are measuring hundreds of thousands killed against not being able to buy a DLC for a game.

Who is doing that and how does that makes sense? It's not like we have to choose between those two things. Those two things have nothing to do with each other.

The developer was (unusually) clear and direct about this: Releasing anything with "Russia" in the title or Russian themed could be interpreted as "support" for the Russian side of the war. The developer fears social media backlash because of this. It's a business decision, not a moral or political one. It's not like the developer supports anything. It's just trucks. They won't release it because of a possible misunderstanding on the side of customers and the customers creating a shit storm based on their misunderstanding.
0 Likes

Cerberon 31 May
View PC info
Europeans continue to hurt themselves in hopes of hurting Russia.
4 Likes, Who?

Quoting: CerberonEuropeans continue to hurt themselves in hopes of hurting Russia.

So did the UK and France when they declared war on Nazi Germany. Doesn't mean it was the wrong thing to do. For the exact same reasons. It's the nature of war that whatever you're doing, it's also hurting yourself. In the case of the sanctions, sure they will hurt the West, too. As long as it hurts Russia more (and it does), it's still a strategic win.

View PC info
Love this game to bits, love it even more for this. Very good decision from SCS and I hope they get compensated well for it. ETS2 is so much more than "just another sim game"
0 Likes

Quoting: RussianNeuroMancerThis is the right decision. It's absolutely crazy what Russian government do right now, and not only government - around 70% citizens believe in propaganda, and honestly wish Ukrainians death. There is just no point to release this DLC until Russia citizens change their mind, and I don't expect it to happen anytime soon.

Mind you is not just Russians that eat their propaganda. A bunch of people here in Brazil that identify themselves as leftists, believe in it too. Is not all of them, but enough to be annoying.

Same in Greece. Many watching RT news there, it's frustrating. The Syriza is also too much in Putin's arse.
3 Likes, Who?
«2/6»
While you're here, please consider supporting GamingOnLinux on: