This big new expansion adds in brand new vassalization mechanics, some more varied empire additions spreadout across the stars, five new origins, new technology, orbital rings, hyper relays and quantum catapults to travel quickly and of course some stellar new music as well to relax while you're subjugating other empires and bending them to your will. 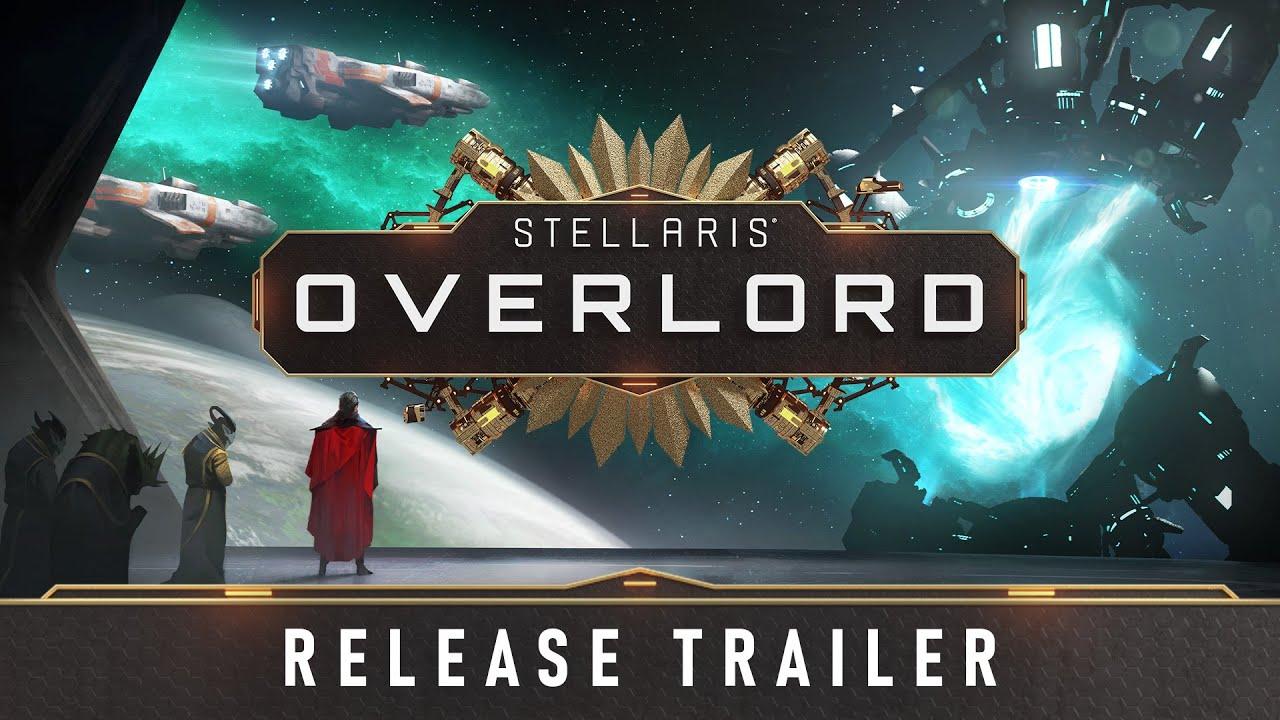 With the new origins added in, Overlord gives you a few ways to spice up your early game including:

I haven't had time to try them all, since games of Stellaris can take a very long time to go through. For my chosen play-through of the DLC though, I went for "Slingshot to the Stars" and I can safely say that's possibly the most exciting start to Stellaris I've ever had. You start off with one of the new Quantum Catapults very close to you, so it's an easy one to check out something big that's brand new in Overlord.

The first time I laid eyes on that Quantum Catapult, my space-nerd heart nearly exploded with excitement to begin unravelling its mysteries. Who made it? Why did they leave it? What does it actually do? Many questions and it takes some time to answer them. 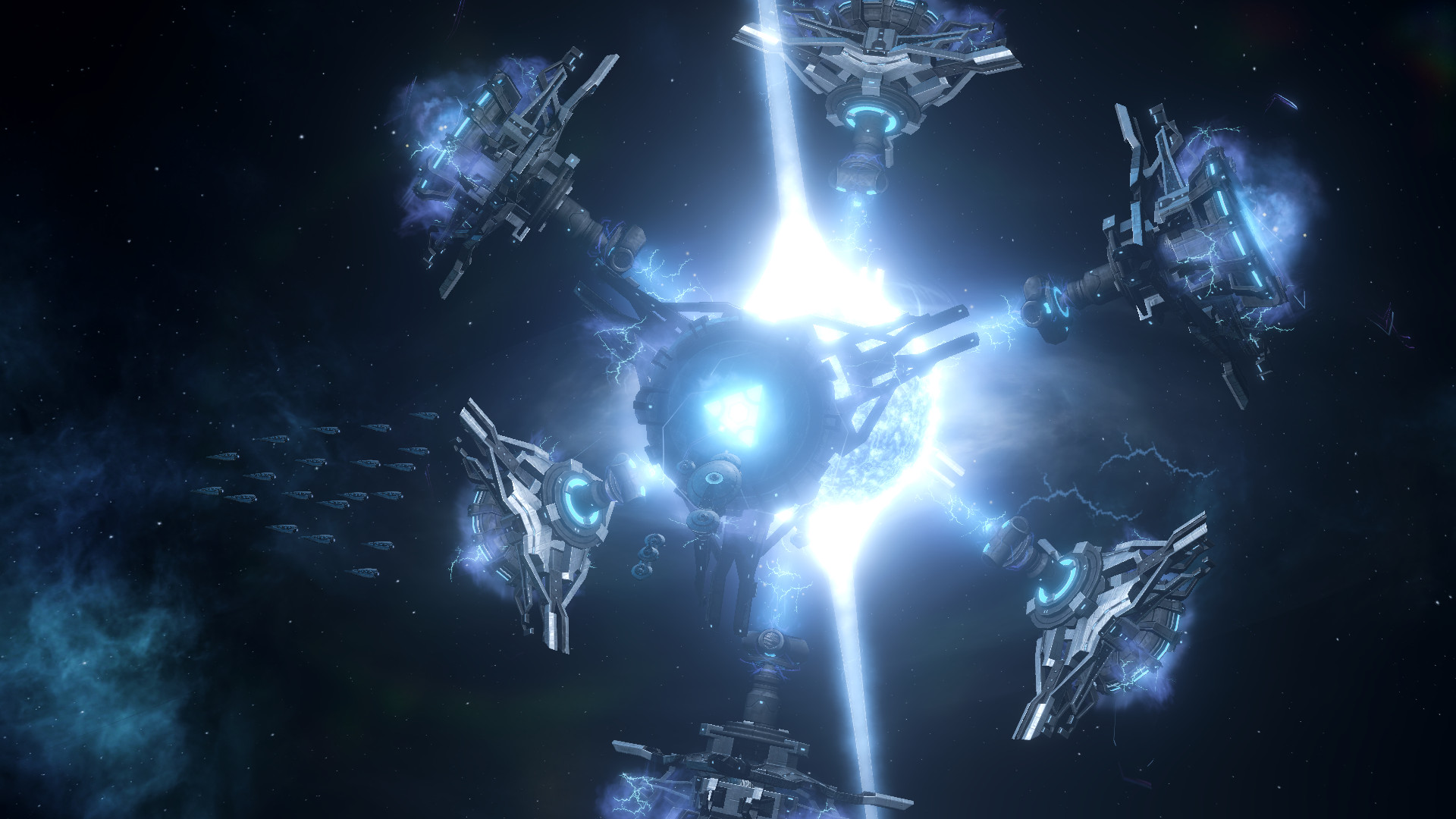 You find out more about it using the relic research system, assigning a ship and a scientist to it as you dive further into its secrets and it's things like this that make me fully appreciate some of the writing that goes into the little stories spread throughout Stellaris — something this was designed around. Honestly, I wish the Quantum Catapult research actually lasted longer, as I was enjoying the little logs that were coming in on it immensely. The ending of that chain was bittersweet but you do find out why it was created and now it is yours. Time to reach for the stars, once repaired that is, which isn't as costly as expected for such a big thing.

Once repaired or constructed (everyone can make them eventually), it's not a done deal. They carry a certain risk. While you may be able to use them to throw a fleet across the stars — they might not end up exactly where you intended and that risk increases the further out you try for. Thankfully, they do have upgrades to make them better but they're costly. 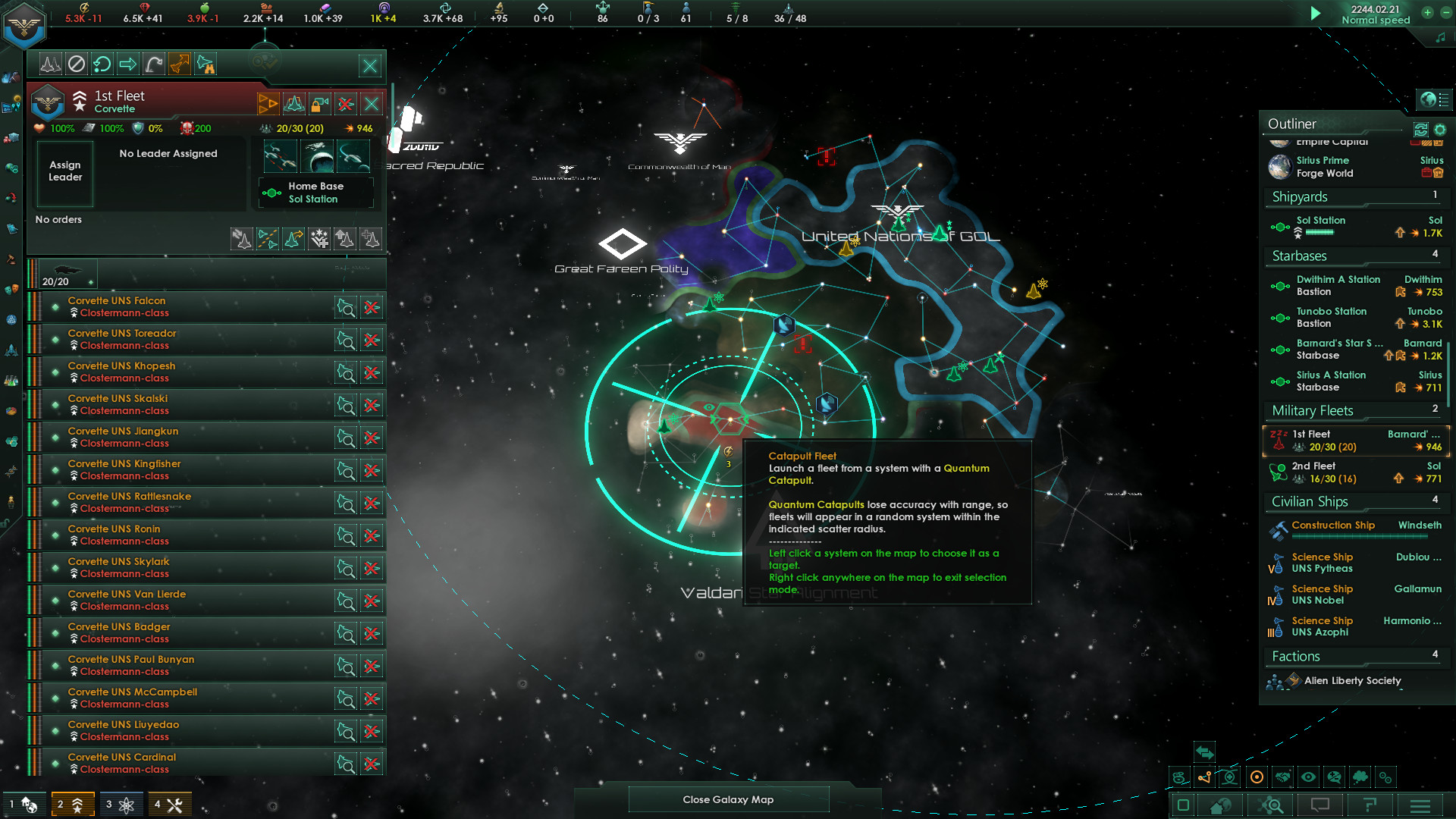 The fact that I can just attempt to YOLO a fleet of ships across space, perhaps into enemy territory is awesome, it really does open up so many more ways to play. Not just for those using it but you also have to think about protection against it, and perhaps attempt to take it down or take it over as a priority.

For the free new features in Stellaris 3.4 Cepheus, one of the most interesting is the new situation system. This covers multiple things like Resource Deficits, Planetary Uprisings and Machine Uprisings and some other new story events that have been added in. They're far less basic, and have you run through stages, so it's a little more like the artifacts system. 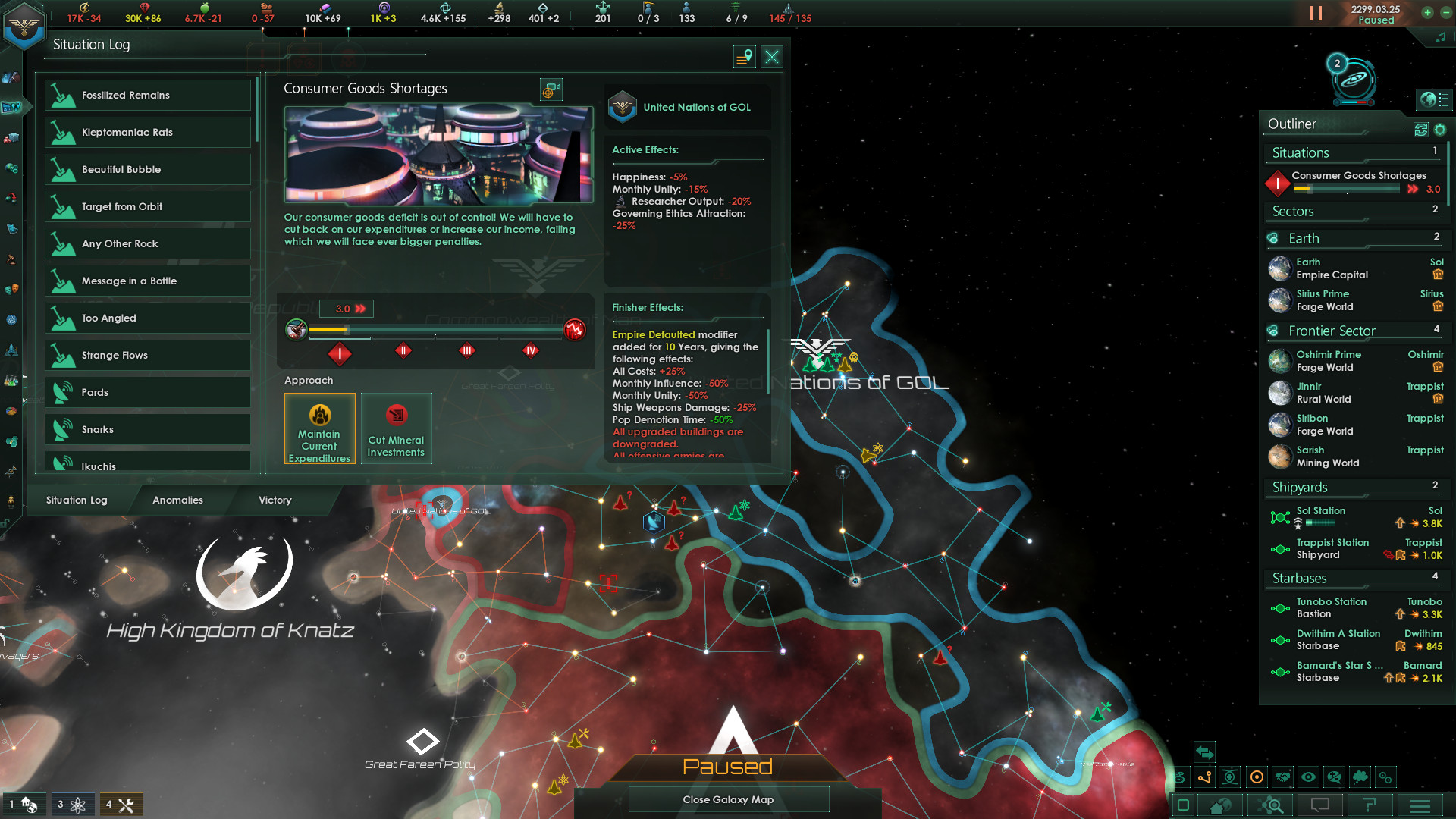 I'm quite a big fan of this system, especially when it comes to the resource issues that I constantly come up against because I'm quite terrible at managing everything. Instead of being brutally punished, with one deficit leading to another, having it start off slower and gradually progress onto being worse is much more manageable. Really, it just seems like a more fair way of handling it, giving players less resource-savvy to have more of a chance to come back from the brink.

Being modding friendly, I can't wait to see what new and exciting ways modders can enhance the game even further with this situation system. Let me know in the comments if you can think of anything fun for it. Loads more included, see the patch notes.

It's pretty safe to say that if you haven't touched Stellaris for a while, or even since the early months after the original release, coming back to it now is like a very different game. Even without a single DLC pack, Stellaris is so full of content it's quite fantastic and it continues being one of my absolute favourite strategy games. It's also still easily the most accessible strategy game to come from Paradox.

You really can't go wrong with Stellaris paired up with the Overlord expansion. However, the Overlord is perhaps far less essential than other big expansions but that doesn't mean it isn't good, it's still a very fun time and more of Stellaris is always a good thing in my book.

A fab time to jump in with a big sale on now too.

Stellaris is available from GOG, Humble Store and Steam.

View PC info
I enjoyed the stargate mod for the game last time I played. I bounced off of it for now just because of the cost of all the DLC. I like the idea of these features but can't see myself paying 20 for them.
1 Likes, Who?

View PC info
I'm going to give the game another chance.
One of the recent updates (the one that reduced pop count) kind of ruined it for me, with the rebalancing of the economy. It felt a bit too easy to manage resources with the unification of alloy and consumer product production...
(Insert rant about how I would have prefered a dumbed down pop system over the economy changes.)

The Situations feature sounds promising. If those can happen without being directly caused by the player, they might make the economy in this game interesting again.

View PC info
The Quantum Catapult origin sounds interesting. The first origin I tried when they first released was the one that starts you with an excavation site in your starting system, and I was blown away by the story it revealed (despite, on the face of it, not being as exciting as many other origins), so if it's anything like that it should be fun.

View PC info
I've now played the Origin that lets you start as a vassal up until midgame.
It was quite fun up to now, and I must say, the changes to the economy seem to have reached a quite fun state again. Starting as a vassal tends to limit your early-game expansion a bit, but you also get the benefit of starting out with a relatively strong "ally" that prevents others from bothering you. In other words, you can focus on whatever you choose when the game begins (defence, research, or resource production). In addition, if you get along well with your overlord, you can renegotiate the vassalisation terms and get a pretty decent payment for your services.
The limited expansion paired with the potentially quite large income from subventions is an excellent starting point for a "tall" empire build, imho.

So, yeah, Stellaris got me hooked again.


Last edited by soulsource on 21 May 2022 at 6:10 pm UTC
0 Likes
While you're here, please consider supporting GamingOnLinux on: