Turbo Golf Racing could be the next multiplayer hit

With a demo currently available in Steam Next Fest, the racer game Turbo Golf Racing is one to watch. Tested on Fedora Linux and Steam Deck, it works out of the box with Proton 7.

You can be in a match with up to eight players and you can go solo, or create a party. The idea is simple, from go you power as fast as you can into your personal ball and keep smashing your car into it until you get it into the hole at the end of the course. While racing, there's various power-ups you can collect and areas of the track that can give you a boost too.

Here's some footage of it on Steam Deck: 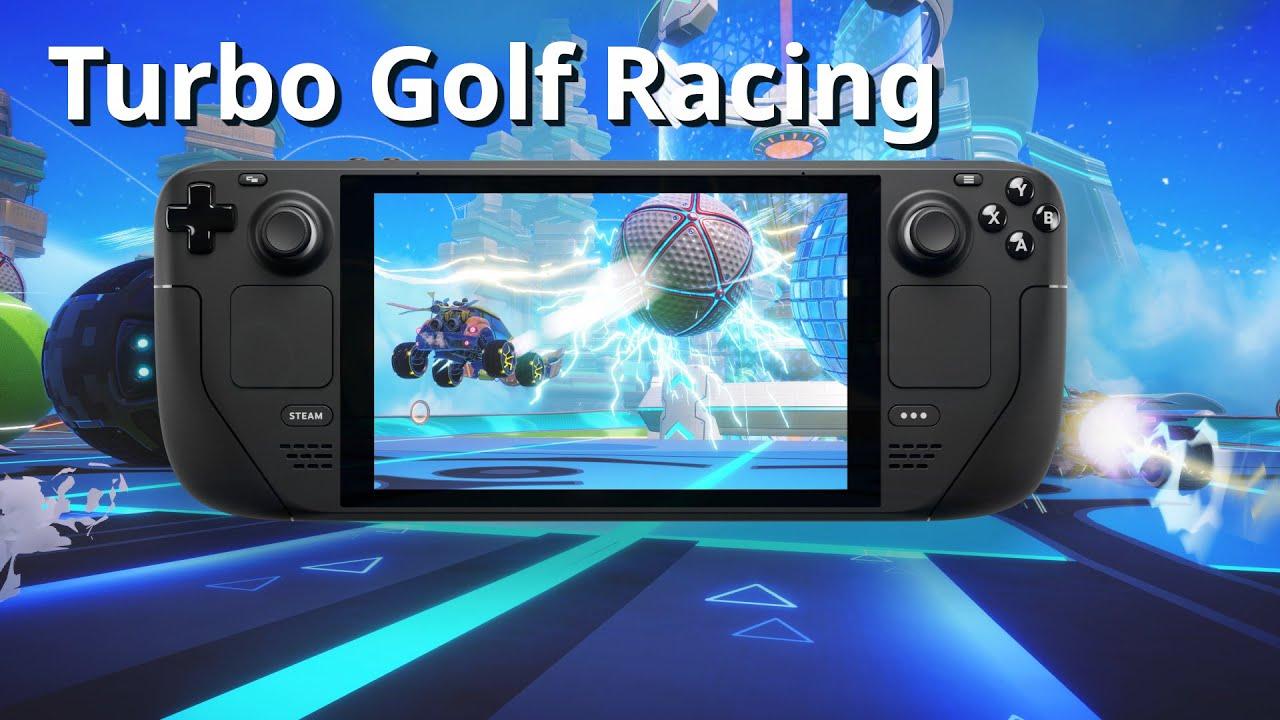 One bit does concern me though with Power Cores, special additions to your vehicle that can enable you to have an abilities boost that could create some messy balancing.

I'm absolutely hooked on this already though and I think if they do it right, this could easily be the next big multiplayer experience. Nice to see it working so well with Proton even before release too! It will not be free to play though, so it will be interesting to see how it does.

The developers say it will have free regular upgrades with new courses, cosmetics and more.

Try it out on Steam. It enters Early Access on August 4th.

About the author - Liam Dawe
I am the owner of GamingOnLinux. After discovering Linux back in the days of Mandrake in 2003, I constantly came back to check on the progress of Linux until Ubuntu appeared on the scene and it helped me to really love it. You can reach me easily by emailing GamingOnLinux directly.
See more from me
Some you may have missed, popular articles from the last month:
6 comments
Purple Library Guy 14 Jun, 2022
So are you allowed to knock your opponents' balls somewhere inconvenient?
Um, I didn't mean that the way it sounded . . .

Nope, you can only mess with your own.

Seriously, in terms of gameplay that's probably for the best, or nobody would ever finish a course.
1 Likes, Who?

View PC info
Oh this looks fab. Rocket League being bought up by Epic left a gap, and though this isn't the same thing, for me the mechanics being broadly similar is enough, so I'm really looking forward to seeing more about this one.
2 Likes, Who?

View PC info
I love how this illustrates that when a product leaves a gap in a market how another competitor can come in and snap up that market.

I just wish Epic would go disconnect from civilization and go up into the mountains or something and spare us of their idiocy & hostile walled garden monopolistic practices.
2 Likes, Who?
While you're here, please consider supporting GamingOnLinux on: