Valve has released a new SteamOS Beta update for Steam Deck and it finally sorts out the Firefox situation, along with hints of hardware changes, or a new controller coming?

With Firefox previously being installed with the OS, it would only update with the OS updates and Valve were lagging behind on it (a lot). Now it's a Flatpak from Flathub, so it will get installed and updated via the Discover app so you will be able to sort updates yourself in desktop mode.

They also added a "VGUI2 Classic" desktop theme, made it so network connections made and edited in desktop mode will now be system wide to work properly in Gaming Mode, initial IBus IME input support on desktop mode for Chinese / Japanese / Korean keyboards, and fixed up Xbox login window for Flight Simulator and Halo Infinite not rendering certain characters properly. 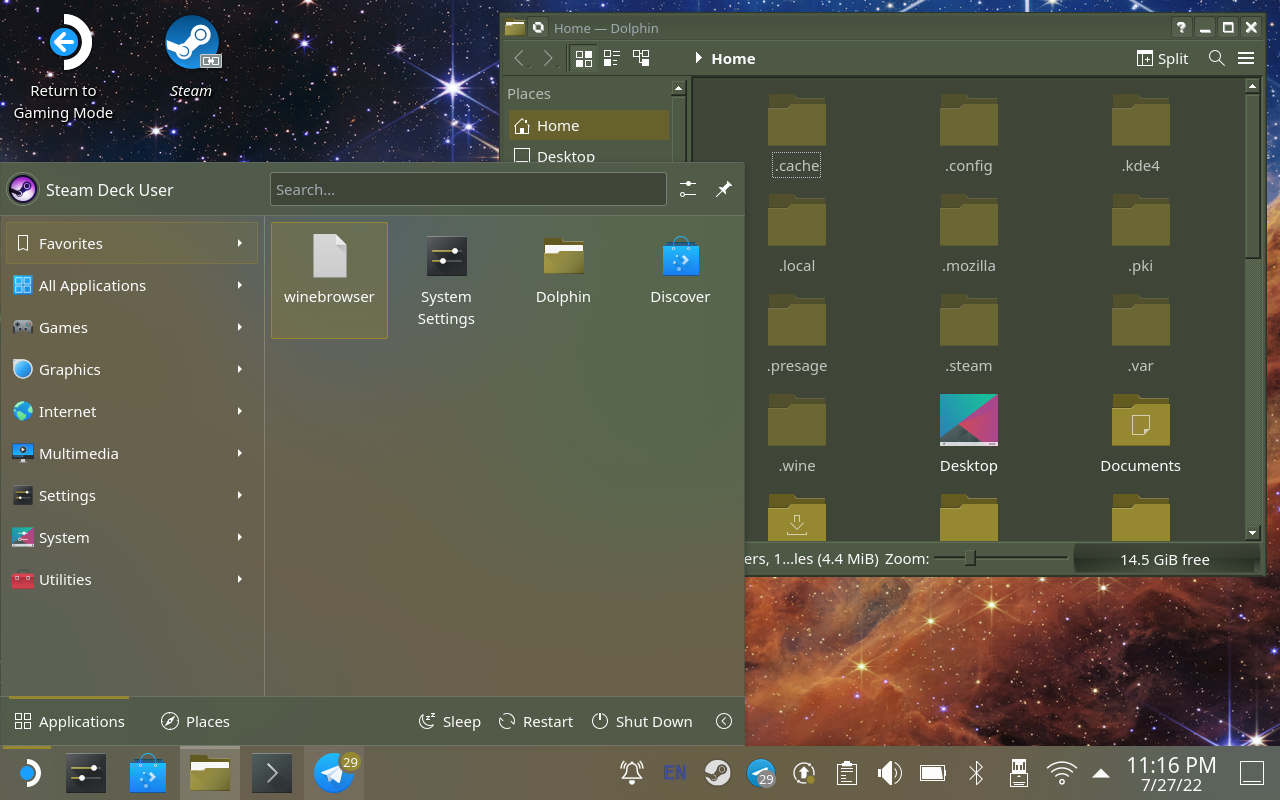 One that really catches the eye though is the note that there's been updates to "controller firmware utilities to support future controller hardware revisions". Before getting overly excited about a Steam Controller 2 though, it's most likely aimed towards adjustments to manufacturing of the Steam Deck as we already know it's had a few adjustments since the initial first batch. That said, I would love a Steam Controller 2, please Valve.

Update — not too long after, Valve also released a Steam Deck Client Beta with these changes: 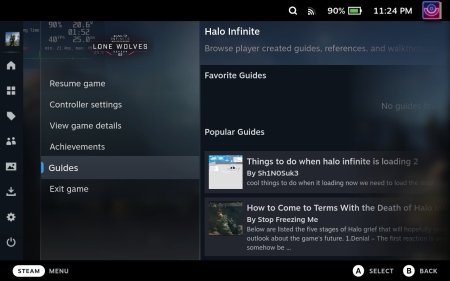 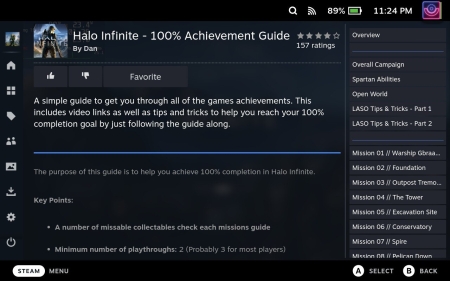 Pictured - the new Guides part of the Steam Deck Overlay.

View PC info
Maybe that future controller hardware revisions might be about the Deckard Controllers, considering it will (very most likely) also run a very similar, if not the same SteamOS?
1 Likes, Who?
mr-victory 27 Jul, 2022
View PC info
Liam can you send a screenshot of the VGUI2 theme?
0 Likes

Quoting: mr-victoryLiam can you send a screenshot of the VGUI2 theme?

Yes please! I live in fear of my Steam Controller dying. There is nothing out there that can stand in its place.
6 Likes, Who?
Murray 28 Jul, 2022

A steam controller based on the Steam Deck controls would be amazing. Both joysticks and touch pads.
2 Likes, Who?

View PC info
So if your ever going to release a Steam Controller 2, then releasing one at the same time as when you release

and with the copy cats coming out trying to emulate what Valve are doing with the SteamDeck, maybe one or two will have another go with the PC too.
1 Likes, Who?

A steam controller based on the Steam Deck controls would be amazing. Both joysticks and touch pads.

My old one got packed away in a cupboard somewhere for emergencies.

Bought a new one when I heard they soon might become endangered. Would prefer not to have to fall back to old one, but we will see.

Currently swapping between my Steam Controller and an Astro C40.

Steam Controller mainly for FPS and games requiring some mouse input
but Windows does some weird stuff with the Astro C40 at times which make it invisible to the OS.

Steam Client on Linux on the other hand has never had any problems with either controller.

View PC info
Imagine if we could buy 'game specific' desktop themes in the Steam Point Shop that game developers could create to go with their games.

Love Skyrim? Buy the Skyrim desktop theme and apply it in the SteamOS UI, go back to Desktop mode, and the colours, fonts, trims on window shapes, everything, are all Skyrim aesthetic. Error message sound effects replaced with Skyrim death sounds, etc. Folder icons look like loot chests. Etc.

Quoting: Craggles086and with the copy cats coming out trying to emulate what Valve are doing with the SteamDeck, maybe one or two will have another go with the PC too.

Never heard of Steam Deck copycats. There's a bunch of companies working on handheld PC systems but those have been around for years prior to the Deck's announcement.
1 Likes, Who?
mr-victory 28 Jul, 2022
View PC info
The theme is so cool! Now I started to understand why they went with KDE Plasma

They should have disabled blur for this theme, though.
0 Likes
1/4»
While you're here, please consider supporting GamingOnLinux on: