OBS Studio is the free and open source video content creation kit for livestreaming and recording. Probably the best software in the world for it and OBS Studio 28.0 is out now. It's how I create all my videos and do any livestreaming too!

Some of the big new features included in this release are 10-bit and HDR Video Encoding Support, however, that is mainly for Windows as right now the Linux stack just isn't ready for it but work is ongoing on all fronts towards it in various places. So eventually we should see it too. The toolkit they use for the user interface saw a major version upgrade with Qt 6, making it easier for them to keep updating the UI in future too.

Changes just for the Linux client include:

Plus the missing "What's New" dialog is now supported on macOS and Linux too: 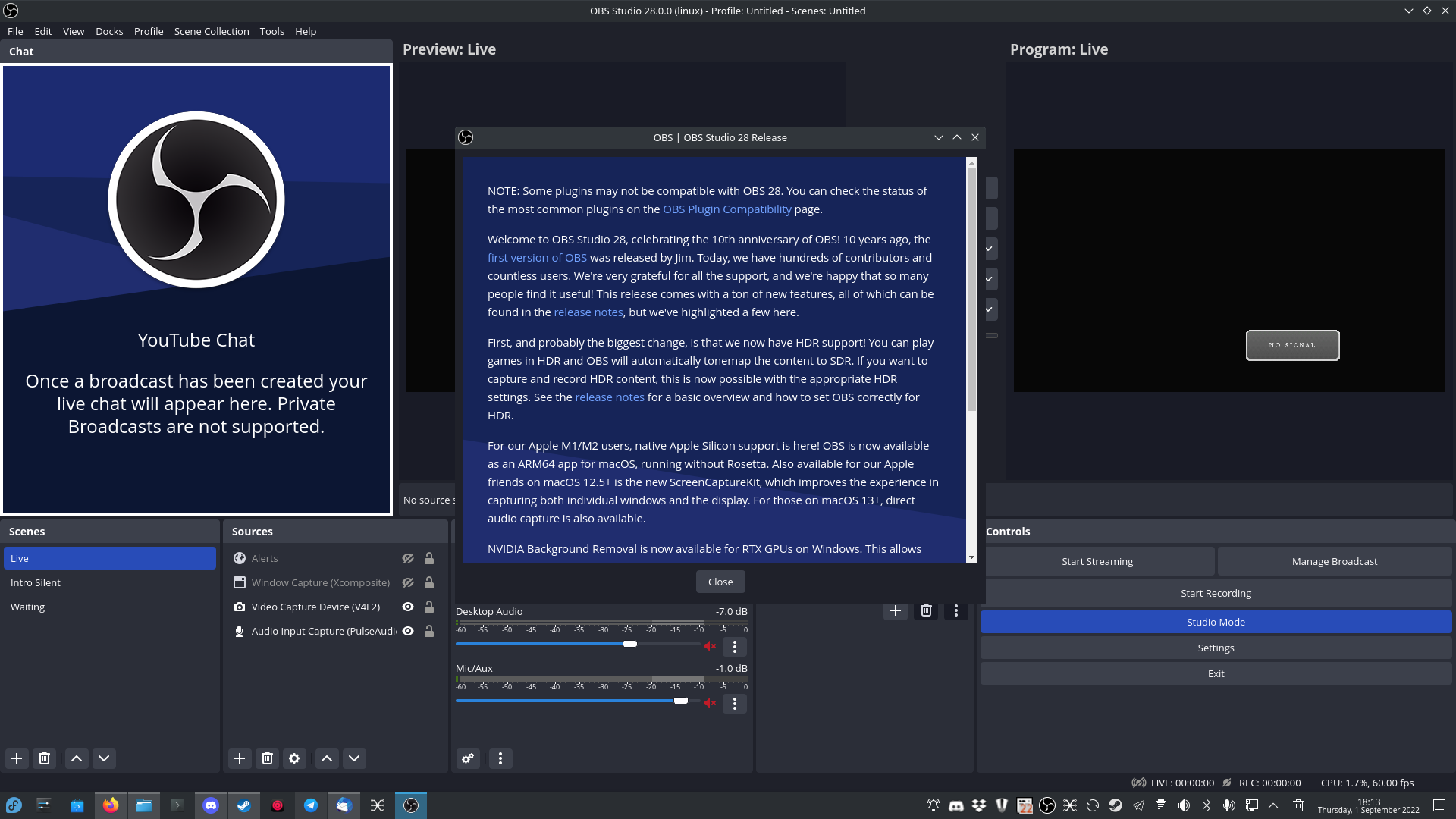 Some of the other highlights of this release for all platforms includes:

Plus hundreds of general tweaks including support for custom FFmpeg options in media sources, significantly improved reconnecting when streaming disconnects, the ability to relatively center multiple sources and loads more on top of plenty of bug fixes too.

Thetargos 2 Sep, 2022
View PC info
What's the state of affairs with nvenc for 20 and 30 series? I recently got a 30 series card, but have not delved into capturing or HW encoding. IIRC H264 with nvenc benefits from high bitrates, but it's been a long time since I last messed with this with my old 1080.
0 Likes

View PC info
I've been idly thinking of trying out streaming for a while, and now that I have a second monitor again after five years it might be time to actually do it.
0 Likes

View PC info
Unfortunately due to the move to EGL, the nvfbc plugin doesn't work anymore as it relies on GLX. And it helped a lot with performance, when capturing the desktop. Need to check about performance now, but back then capturing Cyberpunk 2077 via window capture didn't always work (window was black), and desktop capture made the game laggy. So I tested nvfbc (with the nvidia-patch to enable nvfbc in the driver) and it was a blast! Easy to use, I could select one dedicated desktop (as I'm using multiple desktop planes) and no performance hit at all.

View PC info
For some reason I lost H.265 encoding.. gone.
0 Likes
While you're here, please consider supporting GamingOnLinux on: