The Linux flagship NVIDIA laptop from System76 has been given a major overhaul, making it something of a beast. Pricey though, with you needing to dig deep into your wallets with a base price of $2,199.

If you're after a powerful system with a proven Linux vendor, this is one of the best possible machines you can buy.

System76 are keen to note the difference in available performance between this and their older model, noting in their press material that the CPU is "+35% faster", the memory is "+92% faster" and the graphics are "+40% faster" thanks to all the changes. You're now getting a 12th Gen Intel® Core i7-12700H, DDR5 RAM and a choice between an NVIDIA 3070 Ti or 3080 Ti. No matter what you're doing, it seems like the new System76 Oryx Pro will probably handle it quite nicely. 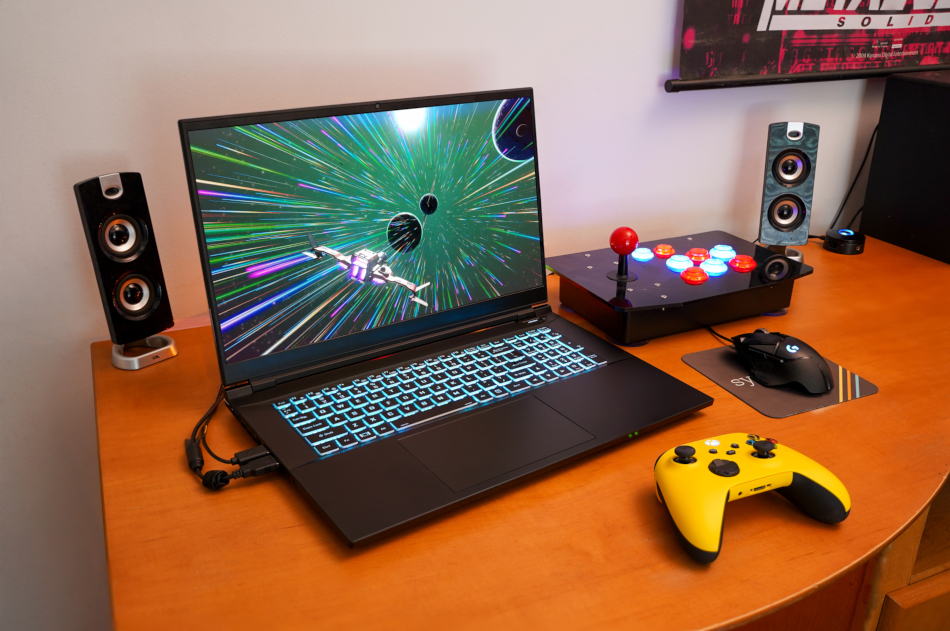 It's also interesting to see how all the marketing around Linux machines has evolved. System76 have now begun noting in their releases about gaming noting things like Steam Play Proton, ProtonDB, ProtonUp-Qt and Lutris. What a different world it is not Linux now to have hardware vendors repeatedly talking up gaming.

So if you want larger screen, you can't go for higher resolution. Huh?
0 Likes

I've read of people having theirs for like 2+ years without issue for PC gaming stuff etc... I really do love OLED! Just a shame I gotta use HDMI2.1 which AMD doesn't support under Linux (NVIDIA however has it in open and closed kernel driver... so I dunno how they can do that...)
0 Likes

OLEDs hurt my eyes - I'd never be able to use one of these.

(I also don't much like the idea of them being guaranteed to die due to being organic, either - feels like a con to me...)
1 Likes, Who?

Quoting: Pengling(I also don't much like the idea of them being guaranteed to die due to being organic, either - feels like a con to me...)

Well your guranteed to die one day...... But we still accept you

You do know you can turn down back-lighting and brightness MUCH MORE on a OLED then you can on a traditional LCD/LED screen right? shrug...
0 Likes

Quoting: StoneColdSpiderWell your guranteed to die one day...... But we still accept you

You know what I mean.

Quoting: TheRiddickYou do know you can turn down back-lighting and brightness MUCH MORE on a OLED then you can on a traditional LCD/LED screen right? shrug...

Yes, I do. They still hurt my eyes. I'm glad that you do like them, though.

View PC info
I am just astonished by that huge mouse in that tiny mousepad. I wonder about the absurdly high mouse sensitivity this person must use.
That, or the mouse is just for show and one actually moves around the screen with the joystick.
1 Likes, Who?
While you're here, please consider supporting GamingOnLinux on: