JSAUX were getting close to release another (yes, another) Steam Deck Docking Station, this time with RGB lighting around the bottom but due to a "leak" and a competitor "copying" it they have cancelled it and will re-do it.

Outlined in a blog post, JSAUX mentioned: "Today we are here to announce some irritating and disappointing news. In the past few months, we were dedicated to develop and test a new RGB Steam Deck Dock long awaited by our fans, and we are almost to release it. Unfortunately, someone leaked and copied our development scheme.".

They sent out samples to select few outlets to try it and give feedback, with GamingOnLinux (hello) being one of them. 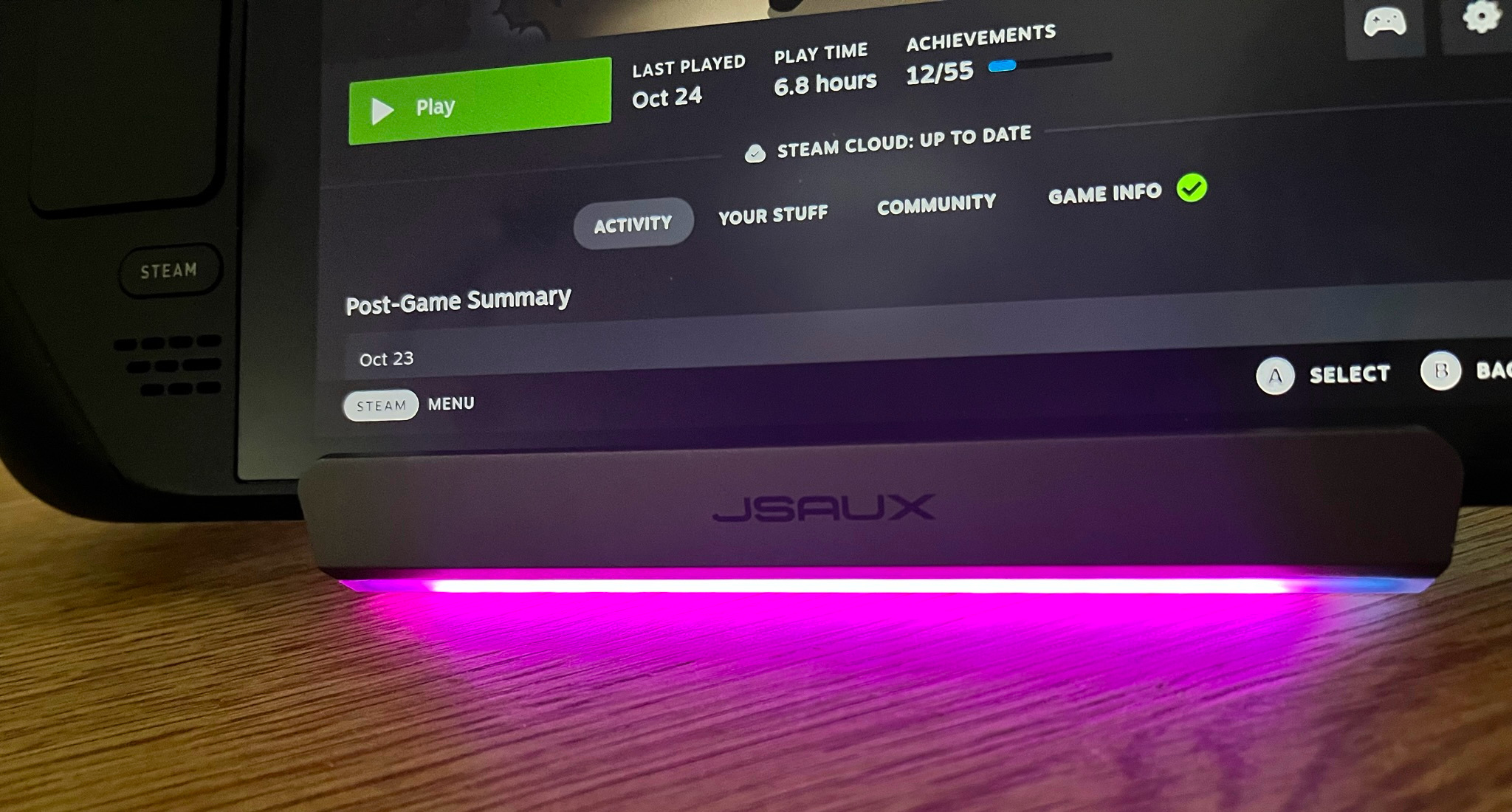 In the blog post, JSAUX showed off what they say are shots of them designing it back in July, along with a patent application for it.

According to JSAUX, an unnamed company reached out to various Steam Deck content creators and told them about their RGB Dock. JSAUX caught wind of this, investigated and claim they found it was the factory they were using that leaked their files on it thus allowing a competitor to make it and so they have now "terminated the cooperation" with said factory.

As a result, the current design has been cancelled. However, for RGB fans, the good news is that JSAUX will still be doing it but "will start with a completely new look with different lighting effects".

I reached out to the company in question (who I won't name, since JSAUX didn't either), since I know who it was, and they simply denied it completely.

View PC info
They should work with dbrand and make sure their case will work with the new dock. Their current dock does work, but sits a little weird at the base.
0 Likes
Miles 26 Oct, 2022
I'm not sure I like having an LED that is front-blaring like that. An effect lighting at the back, sure.. but having it in the front of even front-bottom looks like it would be an annoyance or eyestrain. I'd say that this new was probably a blessing in disguise. Good on them for just doing it differently (probably better anyway) instead of abandoning it altogether.
10 Likes, Who?
QYME 26 Oct, 2022

I'm on the reddit daily and i haven't seen a single fan asking for a rgb dock. More usb/hdmi/display port, sure, RBG, none.
So who is that fan waiting for the rbg dock ?
6 Likes, Who?

Phlebiac 26 Oct, 2022
View PC info
Pretty common for Chinese factories to sell knock-off clones at the same time they make the "real" ones. They are quite happy to slap a new name on it for whoever is willing to pay. Amazon is chock full of copycat products that all come from the same factories...
3 Likes, Who?
Purple Library Guy 26 Oct, 2022
Well that's rude of whoever it was. Gotta say, though, I think "We stuck a light on the bottom" is one of those patent applications that makes me think the whole concept of patents needs a massive overhaul or elimination.
17 Likes, Who?

Quoting: MilesAn effect lighting at the back, sure.. but having it in the front of even front-bottom looks like it would be an annoyance or eyestrain.

I agree. I'm not a fan of bright LEDs shining at me. My desktop case has an ultra bright blue LED as a power indicator that's really annoying. Especially when it blinks if the computer is in standby mode.

What baffles me most is that they already sold (or are selling) three different docks. What do they tell the customers that want an extra SSD and the LED light? Buy both docks and switch them around?
2 Likes, Who?

ShabbyX 26 Oct, 2022
View PC info
> along with a patent application for it

WTF is this, LED lights are every tech student's first thing to try.

Oh wait, the LED lights are _under_ the dock you say? They even change colors? AND THE LENGTH OF THE BAR IS EXACTLY 11.567CM? What a rad new idea

View PC info
Just FYI it's a design pattern. It covers how the dock looks, not how it works.

They do not have a patent for RGB on the Steam Deck.
2 Likes, Who?

Quoting: whizseJust FYI it's a design pattern. It covers how the dock looks, not how it works.

They do not have a patent for RGB on the Steam Deck.

The comment stands. I find it absolutely ridiculous to patent something as trivial as "I put this at the bottom". For the very basic reason that it's too trivial to be an invention, anyone could have thought of that.
7 Likes, Who?

As far as I know, it's not like when factories making brand-name products are making counterfeits outside of work hours.
1 Likes, Who?
1/2»
While you're here, please consider supporting GamingOnLinux on: