Probably one of my favourite open source projects, Heroic Games Launcher helps you manage your GOG and Epic Games accounts on Linux and Steam Deck. A big new release is getting closer, with v2.5.0 Beta 3 out now integrating How Long to Beat data. 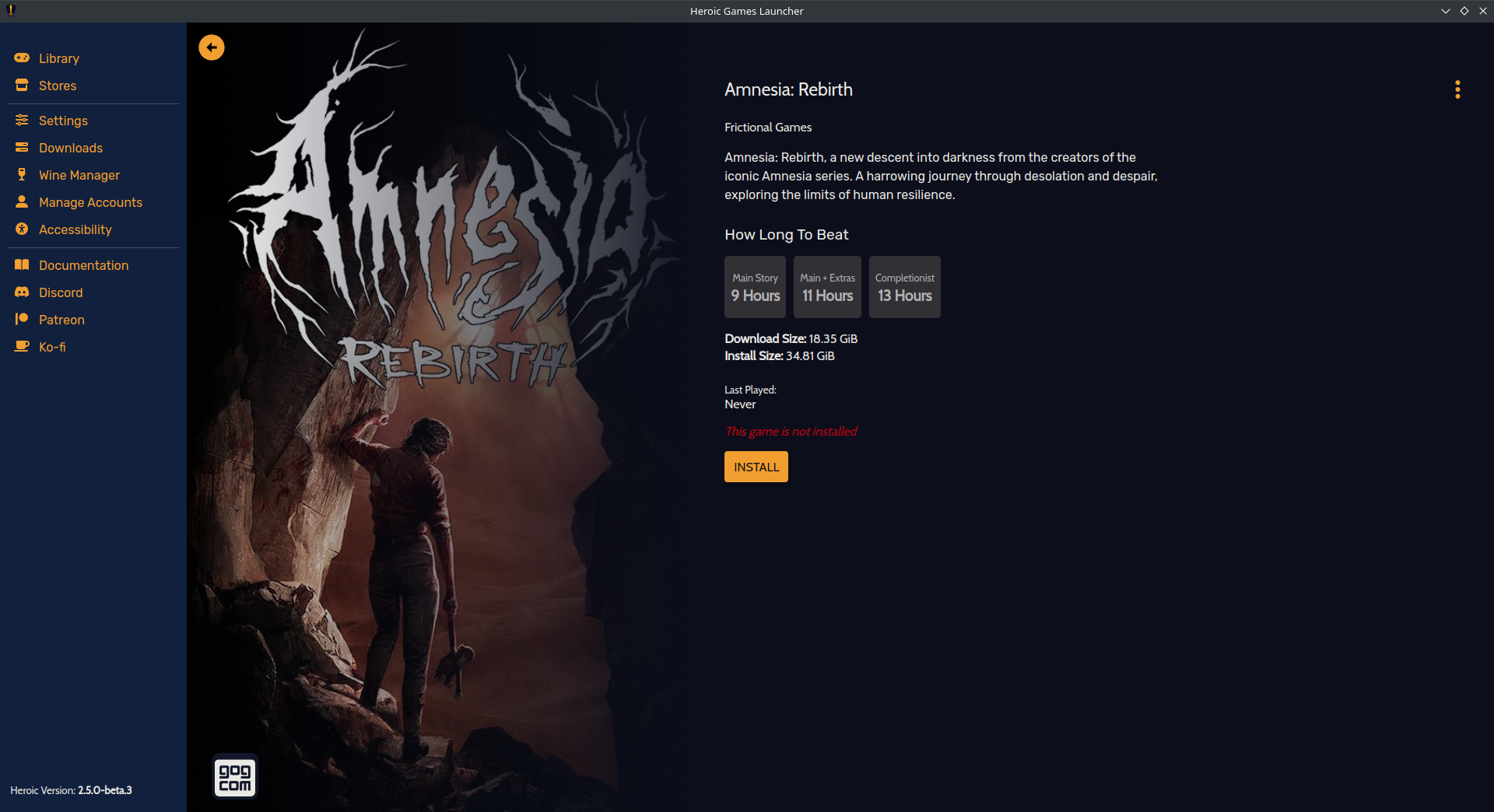 Sounds like a really useful addition, and something I often want to know before starting a game is how long it is so it will be thoroughly useful for me.

Since it's not fully ready yet, there are some noted issues:

Plintslîcho 25 Nov, 2022
View PC info
Out of curiosity: is it possible to only download games from GOG.com with this launcher?

You mean using it for GOG only and not Epic?
Yes you can.
On beta you can even use Heroic without Epic or GOG accounts and add your games or other launchers to it.
0 Likes

Plintslîcho 25 Nov, 2022
View PC info
I was wondering if it is possible to only download games and don't have them installed automatically.

Since I always put my games in sandboxes I want to take care of the installation myself.

Quoting: PlintslîchoI was wondering if it is possible to only download games and don't have them installed automatically.


Heroic and its gogdl doesn't use the standalone installers but downloads the game files directly.
You want something like https://github.com/Kalanyr/gogrepoc or MiniGalaxy.
0 Likes
While you're here, please consider supporting GamingOnLinux on: