Have the official Steam Deck Docking Station and find your Steam Deck doesn't fit in it with a protective case on? JSAUX are back with another new product, the CaseKiller Anti-Slip Stand.

I wonder where they got that naming from huh? Announced on Twitter, the idea comes from a complaint that I saw quite often on Reddit when the official Docking Station arrived — people had to take off their protective casing to fit it in, otherwise it would just sit of rest on top and not exactly safe as it could easily be knocked out.

This new little attachment works as a stand by itself, or it can slot over the official Docking Station to have your Steam Deck sat nicely with it. Seems like it's quite a useful addition to their various Steam Deck accessory line-up. 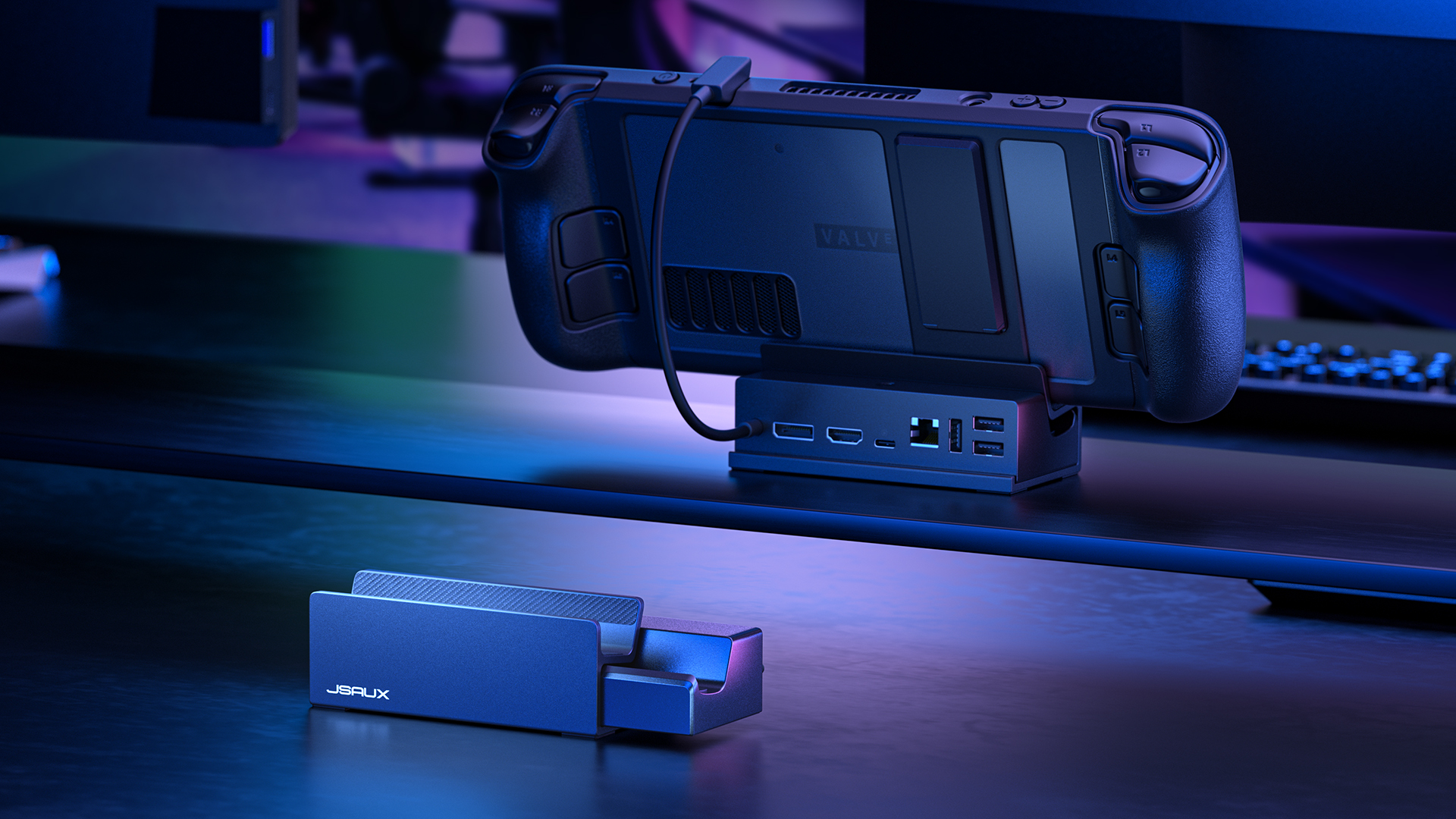 They say it's "compatible with almost all cases".

About the author - Liam Dawe
I am the owner of GamingOnLinux. After discovering Linux back in the days of Mandrake in 2003, I constantly came back to check on the progress of Linux until Ubuntu appeared on the scene and it helped me to really love it. You can reach me easily by emailing GamingOnLinux directly.
See more from me
Some you may have missed, popular articles from the last month:
11 comments
Page: «2/2

Quoting: lectrodeLink to larger dock that fits it? Every dock I've seen has been made for the vanilla Steam Deck without a case (heck, the original Jsaux dock came out even before there were any cases on the market).

Afaik the original Jsaux dock is already wider than Valve's so it already fits cases. Also the iVoler metal one on Amazon is known to fit cases.
0 Likes
«2/2
While you're here, please consider supporting GamingOnLinux on: