Narrative adventure Where Birds Go to Sleep has a demo up

Do you love text-based narrative adventures that look a bit insane? Where Birds Go to Sleep is releasing next year and they now have a demo available. The game will also have Native Linux support, and the demo already does.

"Slip into the subconscious of Cormo, a primitive criminal sent on a mission to chart new, mystical lands shrouded in a mind-altering fog. You never directly assume control, but you will mould him through every decision and every sentence you put in his mind. Uncover the dark mysteries of the island and of the human psyche. Become what you hate in Where Birds Go To Sleep."

The developer mentions it touches on sensitive topics, and won't be suitable for a younger audience. 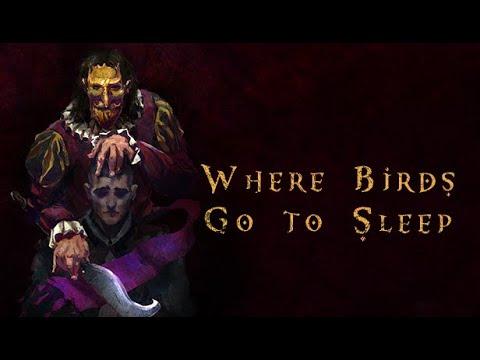 The developer mentioned over email that the demo will remain up until the end of November.

I am usually not fond of these type of games, but this looks just right up my alley.


Last edited by BalkanSpy on 2 November 2022 at 11:53 pm UTC
1 Likes, Who?
Gilbertgamer 4 Nov, 2022
It looks really good.
0 Likes
While you're here, please consider supporting GamingOnLinux on: