It seems with all the people emulating games on the Steam Deck and how popular doing so has become, Nintendo has continued to take notice and fired off some DMCA requests to have images taken down (thanks GBAtemp).

To get started with: what is SteamGridDB? It's a website that hosts various images for various games, to help you add fancy artwork into Non-Steam games you add into your Steam Library. So instead of seeing Steam's default image for Non-Steam games, you get it all looking nice. Naturally, this means people will be uploading plenty of images they don't own, and often the official game images for various games on other platforms for when people are doing emulation.

Nintendo being clearly unhappy with this, fired off many DMCA requests and now you might spot several images across the likes of (each link an example of one removed): Pokémon Scarlet, Pokémon Violet, Splatoon 3, Xenoblade Chronicles 3, Super Mario Odyssey, and The Legend of Zelda: Breath of the Wild. 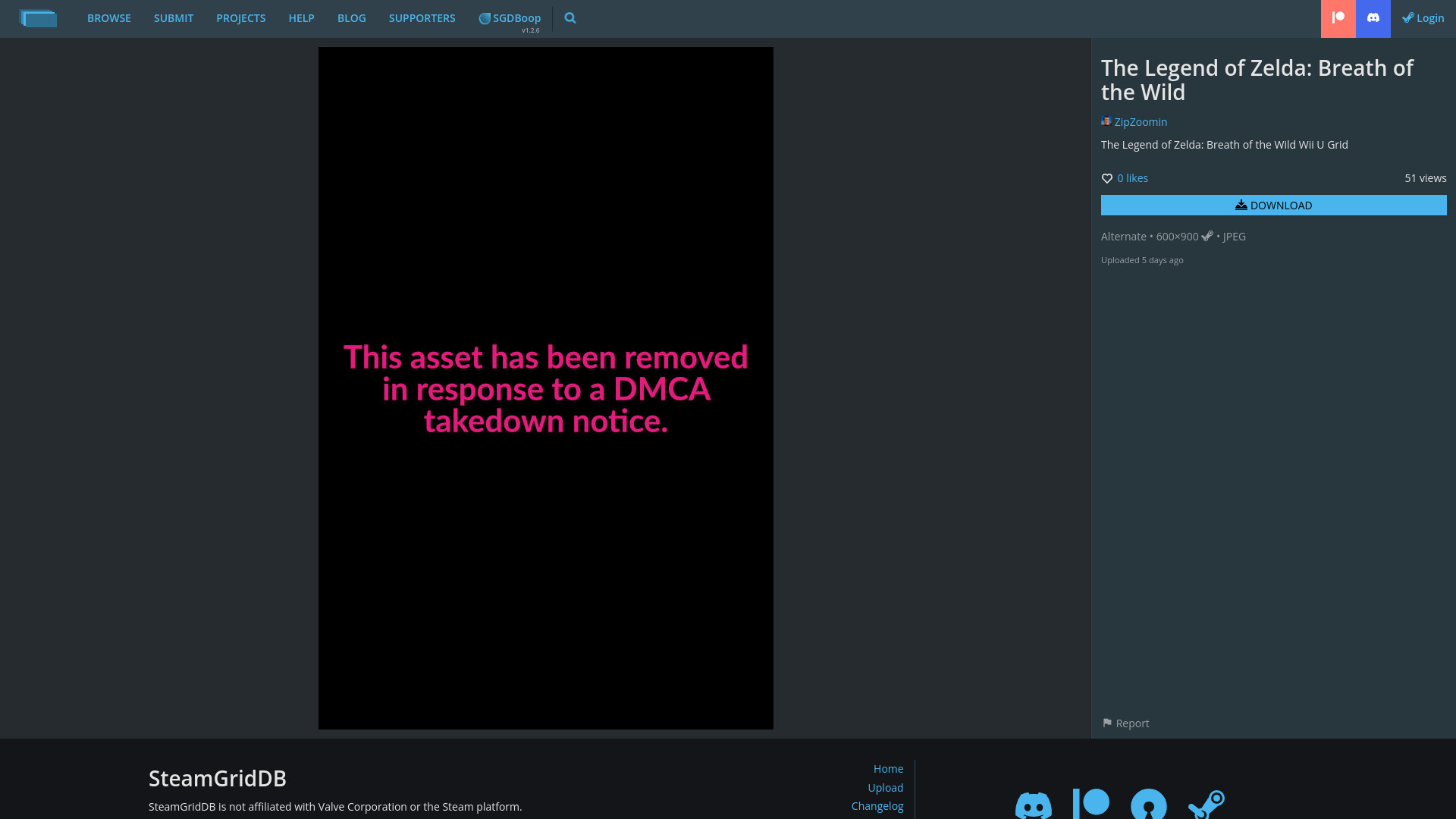 It's not just for emulation though, it has game pictures for tons of games that you can use as an alternative to the official images included with Steam.

About the author - Liam Dawe
I am the owner of GamingOnLinux. After discovering Linux back in the days of Mandrake in 2003, I constantly came back to check on the progress of Linux until Ubuntu appeared on the scene and it helped me to really love it. You can reach me easily by emailing GamingOnLinux directly.
See more from me
Some you may have missed, popular articles from the last month:
26 comments
Page: 1/3»
Allan 22 Nov
How not to hate Nintendo at this point? I already think it should not be legal take down ROM from old games, but when they take down fan arts and fan games, they are just becoming plain evil. Despite being the console brand that I grew up playing, I've pledged to myself they won't see a dime from my wallet for being so greed and evil.
14 Likes, Who?

View PC info
No one hates their fans like Nintendo.
17 Likes, Who?

View PC info
The Nintendo guys are so fucking bored, it's amazing. LMAO
2 Likes, Who?

Klaas 22 Nov
The only thing I considered buying since the SNES was discontinued was one of those classic re-release consoles, but the insanity presented by the scalpers soon made me reconsider.
1 Likes, Who?

View PC info
Not surprised. It fits them perfectly. That's Nintendo for you

View PC info
I have fond memories of these guys - GBA, DS, 3DS, Gamecube, Wii, and even Wii U. It was that last one that broke me. Annoyingly, I'd bought it before they announced that they were closing the DS and Wii stores. If I'd seen that dick-move coming, I wouldn't have wasted my money.

They're repeating the move next year, closing 3DS and Wii U digital stores, presumably, again, to force existing customers to upgrade to Switch. But why bother? You know they'll just do it again, over and over - mediocre mid-term hardware release, then announce store closures of all older hardware.

Being a Nintendo fan at this point is like being an Apple fan. Same model really, and feasible if you keep opening your wallet.
5 Likes, Who?
Purple Library Guy 22 Nov
So, like, one question in my mind . . . is Nintendo making this stuff available in any other way? Can you buy the games from Nintendo? I'm thinking probably not.
1 Likes, Who?

Frawo 22 Nov
View PC info
They must be pretty desperate...
0 Likes
1/3»
While you're here, please consider supporting GamingOnLinux on: