EVERSPACE 2 developer gets a 1.65 million Euro grant from the German federal parliament

EVERSPACE 2 appears to be quite a success for ROCKFISH Games, not only is it doing well on Steam with a Very Positive rating in Early Access but they just got a big bonus from the German federal parliament. They've been given a grant of 1.65 Million Euro to help them expand the game.

What is it? A fast-paced single-player spaceship shooter with worthwhile exploration in space and on planets, tons of loot, RPG elements, mining, and crafting While it's currently in Early Access, the developer has plans to release the game in full in 2023 which will include Native Linux support that was confirmed again in the PR.

“The government’s continued interest in supporting German studios shows a commitment to fostering local talent and the creation of new IP in a growing creative field,” shared Michael Schade, CEO of ROCKFISH Games. “As we close in on the launch of EVERSPACE 2 in 2023, our team is looking to what’s to come in the future, and this grant is helping make it happen. We’re excited to share that ROCKFISH Games will be using this grant as part of our €3.9 million major expansion for EVERSPACE 2 planned to release in 2024. While we’ll have more to share about this content in the future, I will say that this major expansion will give EVERSPACE fans more star systems to adventure in as we explore stories focused on the companions of EVERSPACE 2.”

In the PR they also confirmed that EVERSPACE (both games together 1 & 2) has sold over 2.5 million copies. They also have multiple open job positions to keep expanding the game.

A big new update was also released recently and the trailer is below: 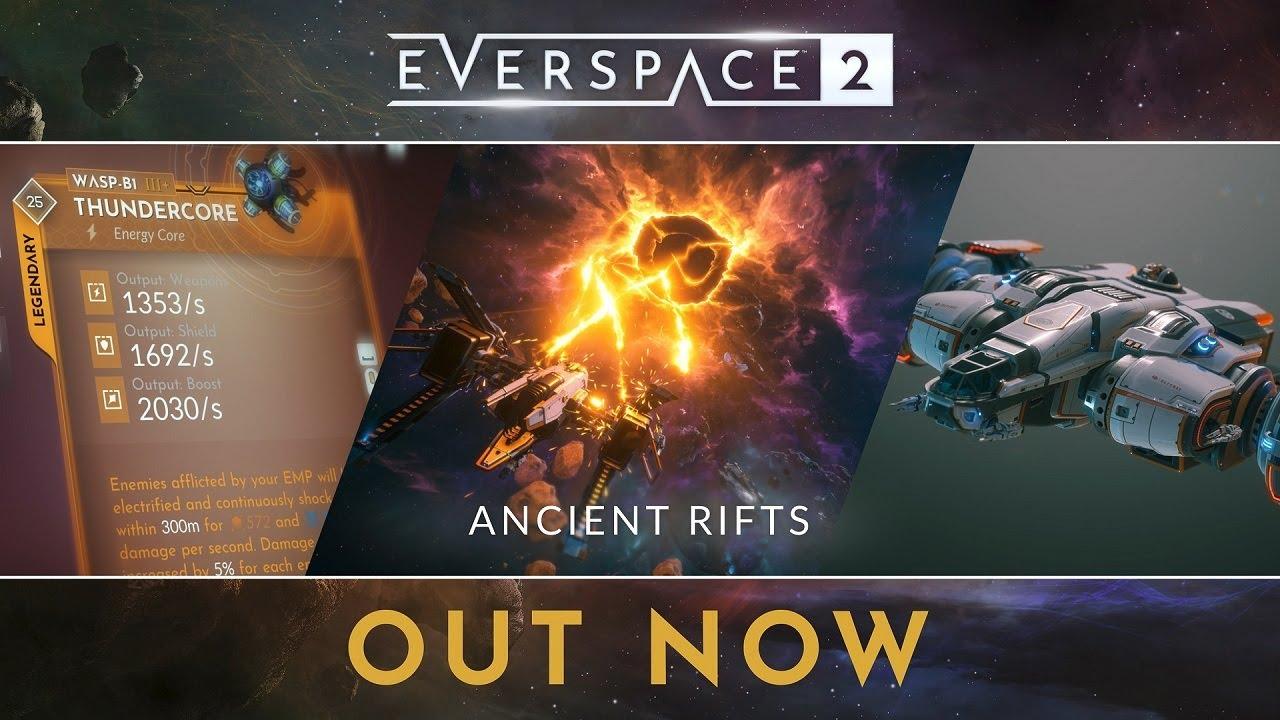 EVERSPACE 2 is currently available on GOG and Steam.

About the author - Liam Dawe
I am the owner of GamingOnLinux. After discovering Linux back in the days of Mandrake in 2003, I constantly came back to check on the progress of Linux until Ubuntu appeared on the scene and it helped me to really love it. You can reach me easily by emailing GamingOnLinux directly.
See more from me
Some you may have missed, popular articles from the last month:
25 comments
Page: 1/3»

pb 8 Dec, 2022
Wow, what a weird thing to spend taxpayers' money on. Not the worst way, but still weird.

Quoting: pbWow, what a weird thing to spend taxpayers' money on. Not the worst way, but still weird.

I guess it's supposed to support video games industry growth. As far as I know, Germany is a big market, but not so big in producing games... I'm surprised by the sum of money, though.

Eike 8 Dec, 2022
View PC info
I found this one, games supported with more than a million...

Quoting: EikeI found this one, games supported with more than a million...

Ok, but why? What's in it for the society/country? Most of the time I don't have an idea what country a given game is made in until Steam puts it on a country-focused sale, nor do I care. From the list, I only ever heard of a few and only because they are sequels. Also what the hell is "codename mashed potato" at #5?
0 Likes

Quoting: pbFrom the list, I only ever heard of a few and only because they are sequels. Also what the hell is "codename mashed potato" at #5?

I'm still working on improving my German, but from what I gather from the bottom text this list contains working titles and project codenames too.
1 Likes, Who?

Quoting: pbOk, but why? What's in it for the society/country?

As said above, the goal would be to give an industry a push where the country is weak at at the moment.
(Of course with the hope that the industry doesn't need such pushes forever.)
In the end, it would be supposed to get more people into work and generate more taxes in later years.

Quoting: pbMost of the time I don't have an idea what country a given game is made in until Steam puts it on a country-focused sale, nor do I care.

Yeah, but that doesn't matter for Germany as long as you buy some. ;)
This is not about the country's image or something, it's about money in the end.

I know the feeling though. Whenever there's some Steam special about games from a certain country, I'm surprised which games are coming from there... Because, to us it doesn't really matter.

Quoting: pbFrom the list, I only ever heard of a few and only because they are sequels. Also what the hell is "codename mashed potato" at #5?

Not much more than they didn't yet coin the real name. But I guess Mimimi productions is quite well known - they made Shadow Tactics and Desperados III. (So there's hope we'll get Linux native mashed potatoes...! :D )

View PC info
I think it's well deserved. It's one of the rare indie studio that listen to customers will and respected every promises. For instance the linux port on UE4 of the first everspace, they were encountering many technical difficulties, it took them a lot of time but they did it, and did it well. They could have say we cancel the linux port like many other studios, it consumes too much time, we don't manage to get a result. I even think it's one of the only game that managed to be a native UE4 linux game.
And it's only one exemple out of many other... They were responding to every single message and thread on the forums.

Why they do it: germany tries to become a bigger player again regarding modern technologies: software, IT-hardware, etc. ... so they governments supports several businesses in that area, not only gaming, to attract high skilled professionals and companies to invest in germany..
So it's about spending some money to get more in the future and also to create attractive jobs, so the IT specialists we have here don't leave the country because they can't find some proper occupation here...

But that's nothing unusual... Most countries have funds to support their economy in one way or the other.. It just is rarely noticed in most cases...
2 Likes, Who?

View PC info
I hope they make better use of the money that the company I work at did with a similar funding...
2 Likes, Who?
1/3»
While you're here, please consider supporting GamingOnLinux on: