Ubisoft fixed The Division 2 on Steam Deck and Linux desktop

Well, that's a nice surprise isn't it. Ubisoft did something good. They released a tiny patch, that enabled Easy Anti-Cheat so The Division 2 now works on Steam Deck and Linux desktop.

I've tested it on Steam Deck and my Fedora Linux desktop and yep — it works. Although, performance can be pretty rough due to the usual shader compiling issues on your first couple of runs while it stutters about quite fiercly. That will become smoother over time, and eventually (hopefully) Valve will have the shaders to send out with the game when it downloads like they do for others games.

Note: for Steam Deck players, don't turn on DirectX 12 as the game won't run. If you do, steps are noted in the video below on how to fix it sliced in between some gameplay clips I did earlier (timestamped). Text steps on the fix below: 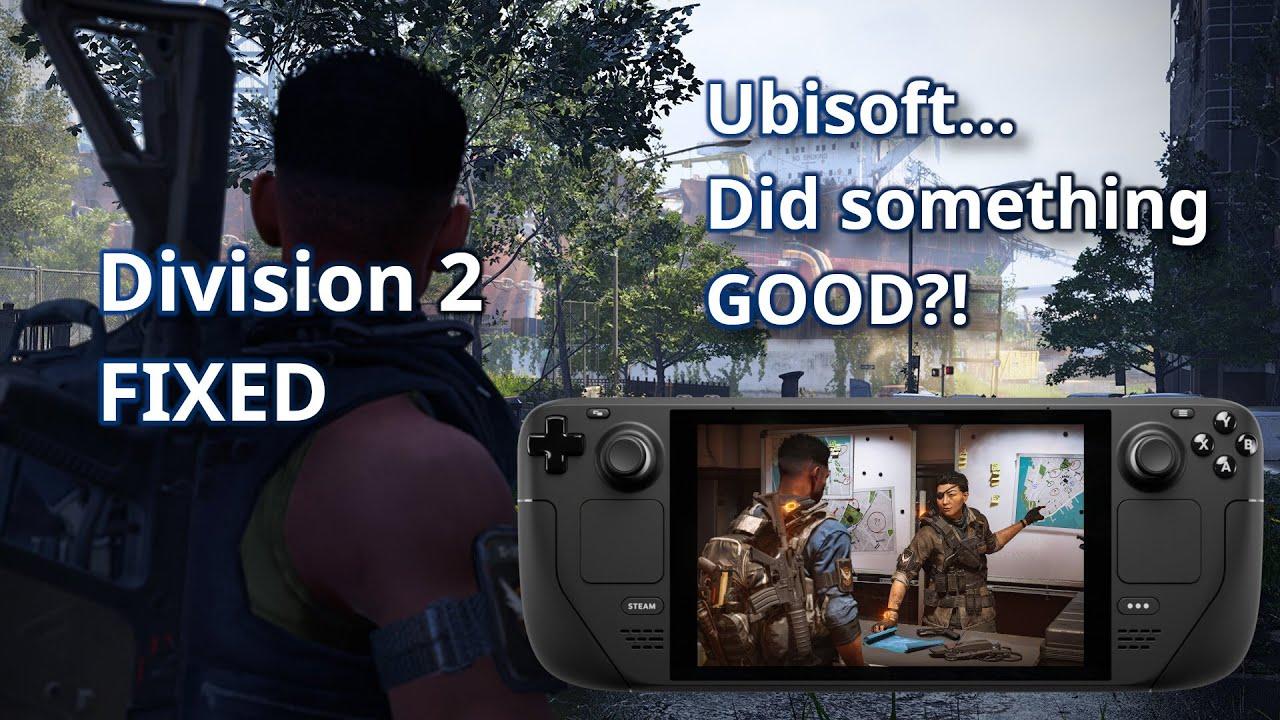 With it now actually playable, I'm quite hopeful that Valve will have some tricks they can do in Proton to improve performance, on top of the shader stuff mentioned above. Now that it's working, at least they'll be able to investigate it to see if there's anything possibly.

If you find it actually doesn't still run for you, make sure you have the "Proton EasyAntiCheat Runtime" installed from your Steam Library. Just search for it in Steam, it will be there to install. It's supposed to be automatic, but sometimes not.

Now if we could just get Destiny 2, Rainbow Six Siege, Rust and Dead By Daylight then I will have a lot less to complain about.

About the author - Liam Dawe
I am the owner of GamingOnLinux. After discovering Linux back in the days of Mandrake in 2003, I constantly came back to check on the progress of Linux until Ubuntu appeared on the scene and it helped me to really love it. You can reach me easily by emailing GamingOnLinux directly.
See more from me
Some you may have missed, popular articles from the last month:
25 comments
Page: «3/3
rogston 23 Jan

Quoting: The_LuxDoes anyone else have issues with ubisoft connect?
Everytime I try to start the game, it says "Connection lost - A Ubisoft service is currently unavailable. Please try again later."

When I "Try Again" it's the same error message. When I "Go offline" it restarts the app and wants me to login again.

I've tried with the newest Proton-GE 7-47 and Proton Experimental. EAC Runtime is installed.

If you have initialization issue with ubisoft connect check: https://www.reddit.com/r/SteamDeck/comments/ymqvbz/comment/j36kk4w/?utm_source=reddit&utm_medium=web2x&context=3

I had this issue and reported it to ubisoft support but not sure if they will fix the issue.
0 Likes

View PC info
Do you know if there is any way to 'transfer' your uplay games to Steam (games you got when buying an AMD card for instance, but never played since uplay sucks)?
0 Likes
An0nx3n 24 Jan
I've been running it flawlessly on an Ryzen 9 5950X & Radeon 6950XT, DX12 enabled.
The trick was to use GE-proton7-47.

Though when I wanted to play the Pentagon mission, it wouldn't start it. Don't know if that bug is triggered through the use of proton or not.
0 Likes
Venkarian 24 Jan

I am so happy about this news. I have done The Division 1 with my brother fully on Linux. Then I bought The Division 2 and it worked for few weeks until they added the anti cheat. And now I bought the game again for 9 euros for me, my brother, my girlfriend and my brothers girlfriend and we are happy to play together on our steamdecks and Linux desktops !
0 Likes

Zappor 7 days ago
View PC info
Been running flawlessly here as well! Didn't have to change DX, though I haven't double checked what it's configured as right now...