Steam Link hardware officially walks the plank, there's an app for that

Valve has quietly mentioned that the Steam Link is selling out across the world with stock either sold out or about to be sold out. It's already sold out in Europe with stock in the US almost gone too, so if you want one you better act fast. 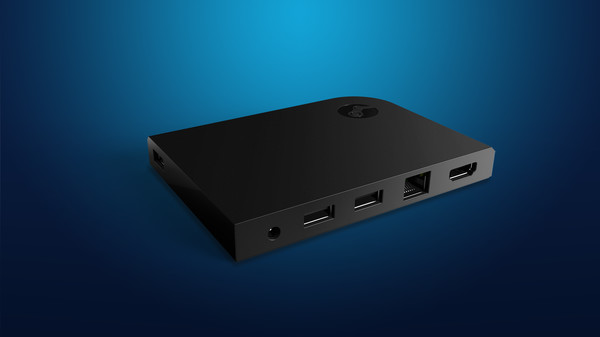 It's a shame, as I don't think they device really lived up to the potential it offered. Valve didn't exactly do a lot with it after release, although is did basically serve its purpose. We knew this day was coming, since it has repeatedly been on sale for next to nothing.

Valve will continue support it, but at this point they're probably hoping more people start using the Steam Link App which you won't need yet another device for picking up dust.

I was quite impressed with the Steam Link Android app at release. which Valve has slowly made some good improvements on like being able to stream to multiple devices, giving you some streamed local co-op.

Did you buy one? Are you sad to see it go? Do let us know in the comments.

thelimeydragon 20 Nov, 2018
View PC info
The App is the way to go, for multiple reasons.

I have one and think it's great, but it's frustrating that Steam still doesn't use hardware encoding when streaming from a Linux box with AMD graphics. This means it's not such a great experience streaming hardware intensive games like Hitman, Tomb Raider, Mad Max etc. Games with lower harder requirements work great though.

There's also a Steam Link app for more recent Samsung TVs. I think my TV supports it but I haven't bothered to try it yet since I have the physical device.
3 Likes, Who?
Mal 20 Nov, 2018

Crap. I just finished to wire my link in my new Living Room.

So what's the alternatives supposed to be now? TV embedded apps? Honestly the link is just superior. It has all the connectivity in the world: from 3 usb ports to bluetooth with an endless list of drivers. I've got a Samsung TV. Samsung link app doesn't support xbox one S wireless controllers for instance. Or PS4 controllers. I don't like this guys, I don't like it at all.
8 Likes, Who?
mcphail 20 Nov, 2018
For me, the app on my Android TV seems to have more input lag than the Steam Link. I was hoping to bin the Link to get rid of some wires, but have ended up persevering. I hope they continue to support it in some way.
2 Likes, Who?

Doc Angelo 20 Nov, 2018
View PC info
I think it was an awesome product idea. Playing on the big screen is just the way to go for some kind of games. Sadly, the Steam Link had a few strong issues. The audio problem was the strongest one. The weird thing is that the audio delay is even a problem when you install Kodi on the Link and then stream a video from a remote machine.

I can honestly not imagine how that slipped through QA. But this pretty much killed the Link.
0 Likes

Stupendous Man 20 Nov, 2018
View PC info
I got one when it was dirt cheap on sale, but I hardly ever use it. My living room is wired by PLC which sometimes gets small disconnections. During normal internet use this is no problem, but using the Steam Link the audio starts to lag behind. It's just not that good of an experience without ethernet.
0 Likes

View PC info
A pity... the Steam Link is so much better than any app... our Samsung TV cannot run the app, so I would have to use an android device, as the iOS app is still not released and blocked by apple. Also attaching wired controllers (I still have my Xbox 360 and some clones) is going to be tricky then.

But well, I guess Valve tried to sell out their stock, when they gave the Steam Link almost for free in the former sales, as it didn't sell well before.
1 Likes, Who?

StraToN 20 Nov, 2018
View PC info
I bought one but I am unable to actually link it to my Steam Linux on my laptop ; however I had no problem with the Steam Windows version.
0 Likes

Erzfeind 20 Nov, 2018
View PC info
I got it for 5 bucks. The device is neat. But even wired with gigabit ethernet I had a massive lag (Linux and Windows host). I now simply move my secondary pc to the living room (which isn't a big hassle for me) and use either a controller (steam controller) or the Roccat Sova.
0 Likes

Quoting: StraToNI bought one but I am unable to actually link it to my Steam Linux on my laptop ; however I had no problem with the Steam Windows version.

Probably firewall I'd say.
0 Likes
1/5»
While you're here, please consider supporting GamingOnLinux on: