inXile Entertainment say they are still working on the Linux version of The Bard's Tale IV: Barrows Deep

The Bard's Tale IV: Barrows Deep from inXile Entertainment released for Windows in September after a successful Kickstarter, they say they're continuing to work on the Linux version.

While the story isn't much different from their statement in October, they at least continue to communicate. Here's what they said a few days ago:

[…] we also continue to work on the Mac and Linux versions, as well as a few other nice things that we can´t talk about yet.

Now they're part of Microsoft, I'm sure some felt like they might suddenly drop Linux support. Glad to see that's not going to be the case, since it was an included platform on the Kickstarter.

Overall, it seems to have gained a rather mixed reception with both users and other critics alike. Hopefully a lot of the issues will be solved by the time we're able to get our hands on it. As always, we will keep an eye out and let you know about any updates on the Linux version. 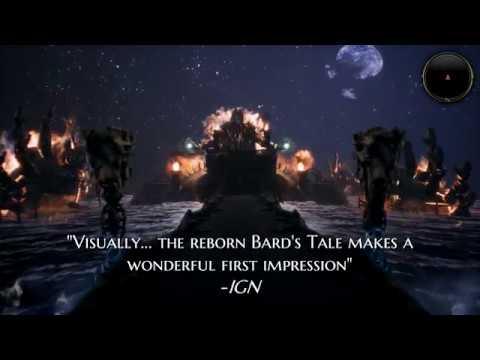 It's a very likely outcome for their future games, not so much for their current commitments.
5 Likes, Who?

View PC info
In all likelihood, not only will future games not support Linux, they'll be Windows store only.
3 Likes, Who?

sigmich 26 Nov, 2018
View PC info
If Obsidian and inXile will drop linux support for future games and make another unpleasant changes I believe that few developers could continue working in other studio or new studio they estalish because there will be a gap in the market. BioWare could take this opportunity.

Maybe this purchase is standard Microsoft move to buy the competition and get it down or even bring it to ruin. It could speed up the decisions of developers to go away and continue making people happy by creating fantastic games. Because everything is about people not about a name of a company.
1 Likes, Who?

View PC info
Microsoft will probably make them make console games. That's the only thing they care about. The question therefore is not really about Linux support, but if they will still make games worth buying in the first place. I wouldn't hold my breath, tbh. I am not aware of any example in industry history where a big studio bought a smaller one and still had it make great games. Big business culture and creativity don't mix all that well.
2 Likes, Who?
daishord 26 Nov, 2018

Quoting: KimyrielleI am not aware of any example in industry history where a big studio bought a smaller one and still had it make great games.

Maybe THQ Nordic? They bought a bunch of smaller publishers/developers and afaik those are still able to work in a distinct style.
4 Likes, Who?

View PC info
I had been a bit dismayed when it became clear that there wasn't a same-day release for Win/Mac/Linux, but over time I come to think of what was released back then to Windows users as the beta, while all the rest will get the actual release.

I also believe the game's reception could have been better, had it been released with fewer bugs. And those weren't obscure issues that would inevitable creep up in any moderately complex software, but essential stuff that wasn't working. Just going over the notes of the first couple patches made me really wonder what kind of processes and QA they had in place.
2 Likes, Who?

Ketil 26 Nov, 2018
View PC info
I blame their issues on switching from unity to unreal engine. Not because of the engines themselves, but because they got time to know unity through wasteland 2 and torment, while unreal engine is new for them in this game.

I will keep buying their games as long as they keep porting them themselves.
1 Likes, Who?

Quoting: KetilI blame their issues on switching from unity to unreal engine. Not because of the engines themselves, but because they got time to know unity through wasteland 2 and torment, while unreal engine is new for them in this game.

I will keep buying their games as long as they keep porting them themselves.

Yeah, I kind of wondered why they did that. Seems to me from the graphical fidelity of BT4, that they could have done it with Unity.

I need to sit down and play through Wasteland 2... I was going to try to play through the first one again and forgot how goddamn hard that is! Also the BT1 and 2 remastered are out and work with Proton...
0 Likes
1/2»
While you're here, please consider supporting GamingOnLinux on: