The indie RTS game Rusted Warfare is an impressive effort, one that feels a lot like some of the classics and this new release is huge.

Plenty of new units to try out, including an aircraft carrier, a light gunship, a tesla mech and more. There's quite a bit of variety in the different types of units now. Since you can wage war across land, sea and air it's quite impressive. 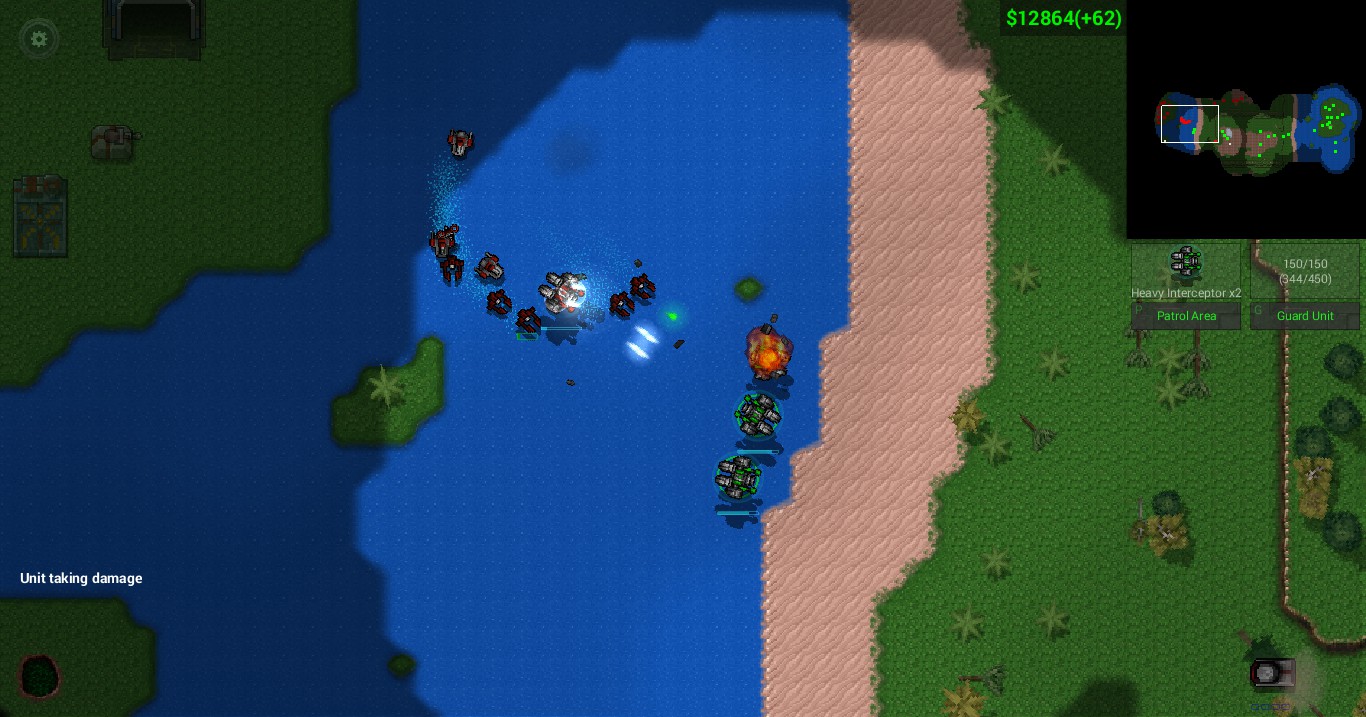 Three of the new Heavy Interceptor units face off against the enemy.

There's some massive performance improvements too, especially for the much larger maps that are possible. There's 3 new maps, a new mission to try out, smarter AI, cloud effects and so on.

To make the gameplay more interesting, you're also now able to set units on Patrol or to Guard specific units. So if a unit is guarding another, they might help them build or defend them from attacks.

I have to admit, the AI is actually a good amount smarter. In a recent game earlier today, they attacked behind my outpost where I had no defence while also attacking my main base from the sea. This is the type of behaviour I hadn't seen before and it's quite a bit more interesting to play. I even saw the enemy use a transport to place some artillery behind me too, that was a bit of a surprise. 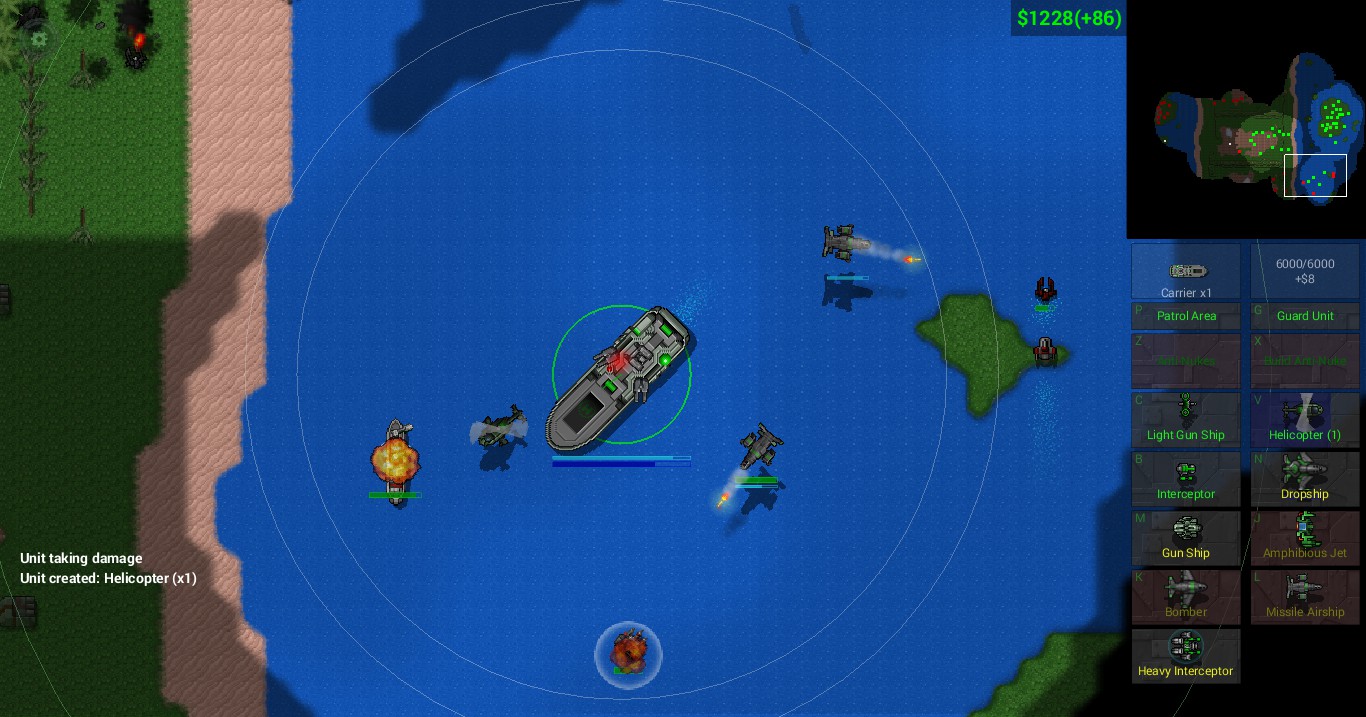 The new aircraft carrier is a bit of a beast, expensive too.

If you like your RTS games, this is a good choice as long as you're not after the best graphics possible. This is a game where the gameplay trumps the graphics. I'm a pretty huge fan of games like Total Annihilation, Supreme Commander and so on so it's ideal for me. On top of that, it works perfectly on an older Intel laptop too, good for gaming on the go. I also love that it has different game modes, like the endless mode where you can build up a huge base to stay alive for as along as possible.

It also has cross-platform online play for Windows, Linux and Android, so that's even better. Find it now on Steam.

View PC info
Really, really like this game. It's RTS games at the core, and well done. It's fun and fast, runs amazing and the graphics are just right for this kind of game.

I was waiting for the new update, nice! Dev takes care of the game and the Linux version always worked.

Wish more of my friends had it so I could play with them haha.
0 Likes

View PC info
I started a mod last year, but i'm not playing it much these days, so no more modding.

It really is a good game. If you love classic RTS its a must play!

I really wish they would add achievements. Would love to play through the campaign with some achievements.
0 Likes
While you're here, please consider supporting GamingOnLinux on: