See Also: Scaine's original review to give it an overview.

According to the developer, this free update is quite a big one. Adding in "another 20,000 words and a positively unfair end-game mode" which has you play as one of your own Apostles "executing a doomsday plan to make your immortal character something like a god". 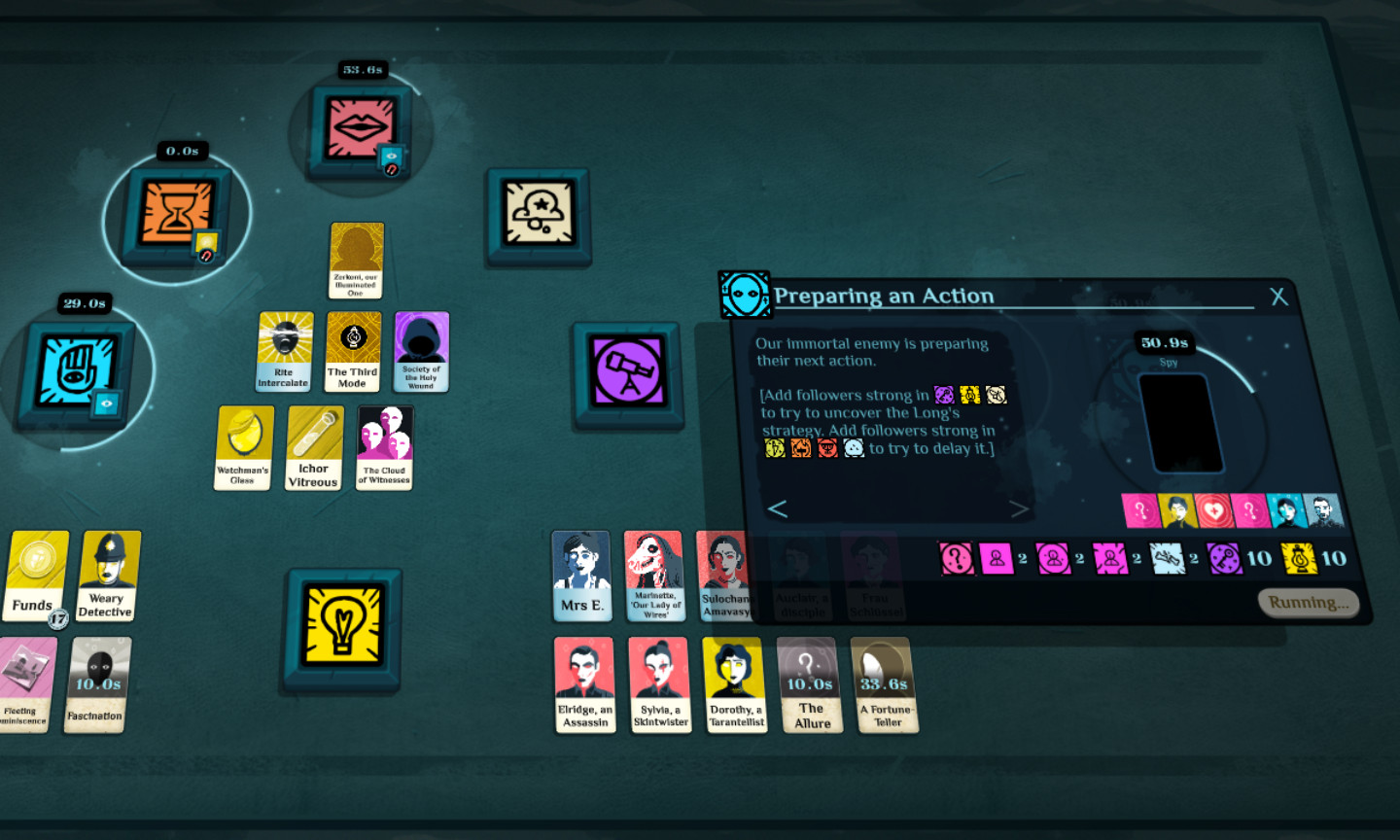 In this new mode, you will come across immortal enemies that will "make Detectives and Rivals look like playground bullies" so it sounds like a pretty big challenge for those brave enough to ascend.

A truly fascinating game, just rather difficult to get into it. I like it but it's a real test of your patience at the start as everything is thrown at you.

You can grab it from Humble Store, GOG, itch.io and Steam.

View PC info
I like this game because it's really unique and quit facinating, but i'd have prefered a turn based model, instead of realtime with sometimes a click-fest party.
0 Likes

Quoting: TcheyI like this game because it's really unique and quit facinating, but i'd have prefered a turn based model, instead of realtime with sometimes a click-fest party.

That's probably my main issue with it, I feel constantly panicked by the timers.
0 Likes

View PC info
Oh brilliant, I haven't managed to do any ascension so far, just minor victories. I don't think these fellows will make it any easier.
0 Likes

View PC info
No news on RNG re-balance? This game is amazing, but it can get too frustrating at times, because you just don't get the cards you need and the debt is piling up fast
0 Likes
While you're here, please consider supporting GamingOnLinux on: