1001st Hyper Tower, a cyberpunk FPS will have you climb a tower and destroy everything

1001st Hyper Tower from developer Toster12D3 seems like quite a unique FPS, like a reverse dungeon crawler as you ascend a tower a destroy everything in your way. 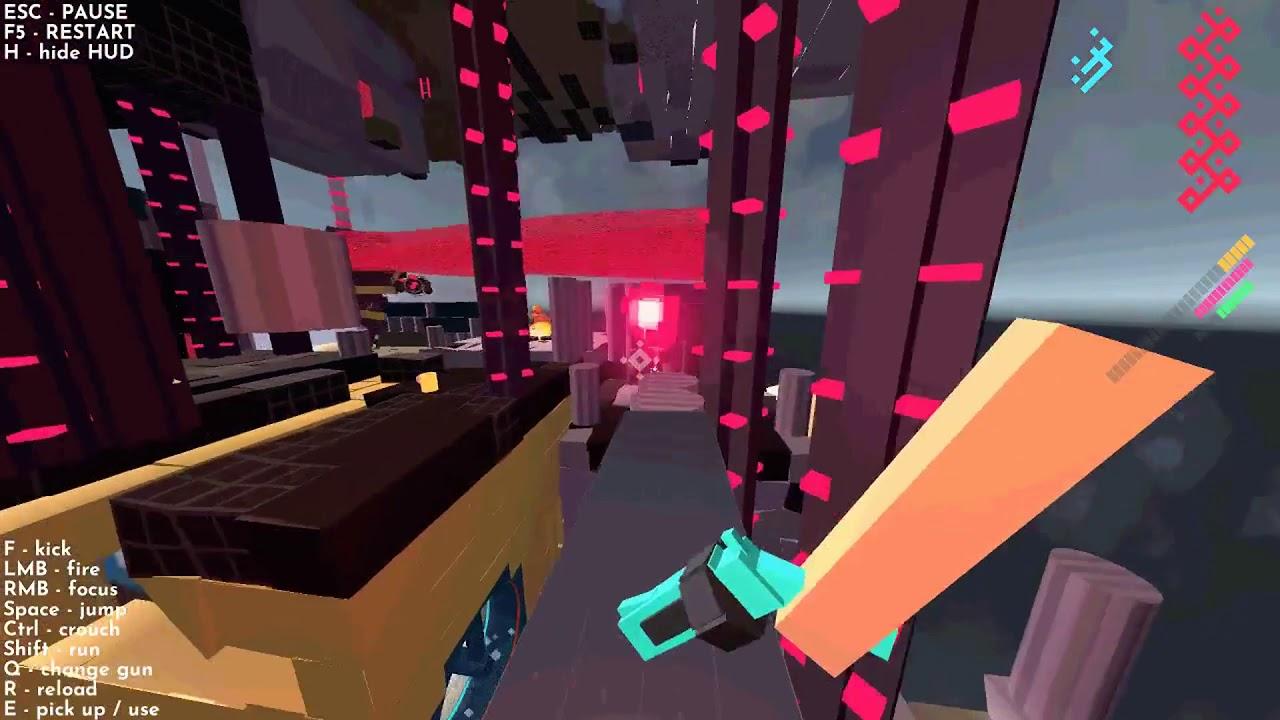 I assume by "biom" they mean Biome, sure sounds like it.

In 1001st Hyper Tower, the developer says that every structure is destructible and so you can really go wild. Sounds interesting, looks pretty good too! I spoke to the developer on Twitter, who confirmed Linux support.

As for the world, it's a "Arabian Cyberpunk world" the developer claims is like "Prince of Persia with a plasma gun".

You can follow it along on Steam, releasing March 11th.

View PC info
The visuals and sounds are not attractive at all, for me. I don't care about low tech, low poly, pixel, ascii etc, but this is bad design (colors, shapes...).
2 Likes, Who?

Quoting: TcheyThe visuals and sounds are not attractive at all, for me.

I don't mind the graphics, but I'm in agreement with Tchey about the sounds. They sound like something I would've heard 35 years ago in a C64 game, which is a pity. It detracts from what looks like an otherwise novel take on the FPS genre.

I've wishlisted it and will watch it. Maybe I can convince the devs to change out their sounds for something from this century.

Another scoop from Liam!

Quoting: NanobangI don't mind the graphics, but I'm in agreement with Tchey about the sounds. They sound like something I would've heard 35 years ago in a C64 game, which is a pity. It detracts from what looks like an otherwise novel take on the FPS genre.

Hi there! Tx for wishlisting! I know the sounds are lame( They are combined from free assets, because I haven't enough money/time for them yet. Was concentrating on a playable build.

But that's unacceptable, and they will be replaced on release for sure!
4 Likes, Who?

View PC info
I like the style (and the concept). Pretty sure I'll enjoy the game. (=
0 Likes

The music in the trailer is really good! That almost makes me want to play it.
0 Likes

View PC info
"Prince of Persia with a plasma gun" ok, you've got my attention. lol.
0 Likes
While you're here, please consider supporting GamingOnLinux on: