The RPG 'Pathfinder: Kingmaker' is getting a free Enhanced Edition update next month + new DLC

Pathfinder: Kingmaker, the party-based RPG from Owlcat Games and Deep Silver is going to expand with a free Enhanced Edition and another DLC.

They say it's going to include plenty of "gameplay-enriching content additions" along with the usual quality of life improvements to existing features, new abilities and ways to build your character, a new Slayer class, new items and weapons, improved balance especially in the beginning and last two chapters, an improved kingdom management system, an increased variety to the random encounters on the map and so on. 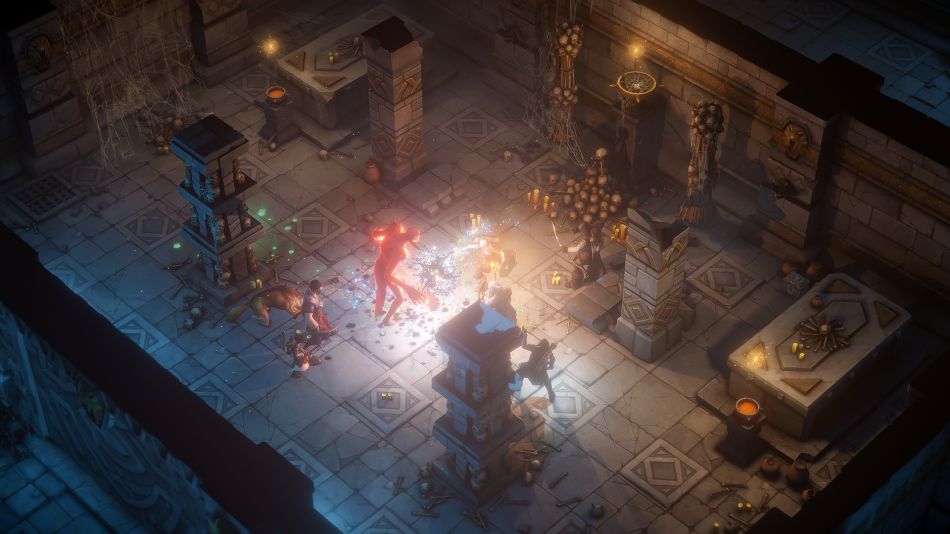 Also, releasing at the same time is the new Beneath The Stolen Lands DLC which will include a massive dungeon to explore, available for new characters and it will be inserted into the main campaign too. Sounds interesting, they say in this DLC that death is only the beginning as you unlock stuff for your next attempt. Both the update and the DLC will be live on June 6th.

I've still yet to give it a go, after it launched with major flaws in the Linux version and so the Linux build was delayed on GOG I just completely forgot to ever go back to it. Quite luckily really then, since this free Enhanced Edition sounds like it might actually be worth the wait. To be clear though, the major launch problems were since fixed.

You can pick up your own copy of Pathfinder: Kingmaker on Humble Store (on sale!), GOG and Steam.

View PC info
I gave it a try as soon as it was playable on Linux. It really felt like a true successor to the Baldurs Gate games. Great roleplaying! I just decided to wait a little more, because they still worked on it so much. Now it seems the right time will be soon..
1 Likes, Who?

View PC info
Looks like it's time to buy it now :)
0 Likes

View PC info
I actually ended up removing it from my wishlist based on the reviews. I may well take another look after enough people have had their hands on the update.
0 Likes

View PC info
I've been meaning to pick this up at some point. Looks fun but at the same time I'm drowning in RPG's I need to get through right now anyways.
0 Likes
TheRiddick 27 May, 2019

View PC info
The Linux version has gotten better but it could really benefit moving to Vulkan.

PS. The Linux version still had the wrong audio driver file last time I checked (check steam discussions for link to PoE2 one)

View PC info
This game has been on and off my wishlist.

Quoting: NeverthelessI gave it a try as soon as it was playable on Linux. It really felt like a true successor to the Baldurs Gate games. Great roleplaying!

I would like to try this game, but reviews are not inspiring. liamdawe maybe you could look deeper and tell, is it worth it's money and time. And is it really as buggy, as reviews say it is.

View PC info
If you liked Baulders Gate/Icewind then you will LOVE pathfinder.
0 Likes

Quoting: 14This game has been on and off my wishlist.

Quoting: NeverthelessI gave it a try as soon as it was playable on Linux. It really felt like a true successor to the Baldurs Gate games. Great roleplaying!

What makes the game special to me is, that it feels a lot more pen and paper like than say Pillars of Eternity to me. For me it's more adventuring and less game mechanics. I waited so long to play it when it's really ready.
0 Likes

calfret 3 Jun, 2019
View PC info
This game is amazing and works flawlessly for me. I don’t know anything about bugs or glitches. The only complaint I might have is the difficulty of finding walk thru help online sometimes. I imagine that would be a non issue to most people.

It is a great successor to BG, and it is easy to get roped into the story as if you were playing a tabletop game. I highly recommend this game.
0 Likes
While you're here, please consider supporting GamingOnLinux on: