Move or Die, one of the funniest party games around has added the previously exclusive PS4 content onto PC

As the name suggests, if you don't keep moving, you will die. That alone makes it quite interesting, however it's the varied game modes and mutators that truly make it hilarious. Bomb tag being a favourite of mine, with one player starting off with a bomb that's about to blow-up and you need to tag a player to swap it, lots of amusing modes like that make it worth playing. 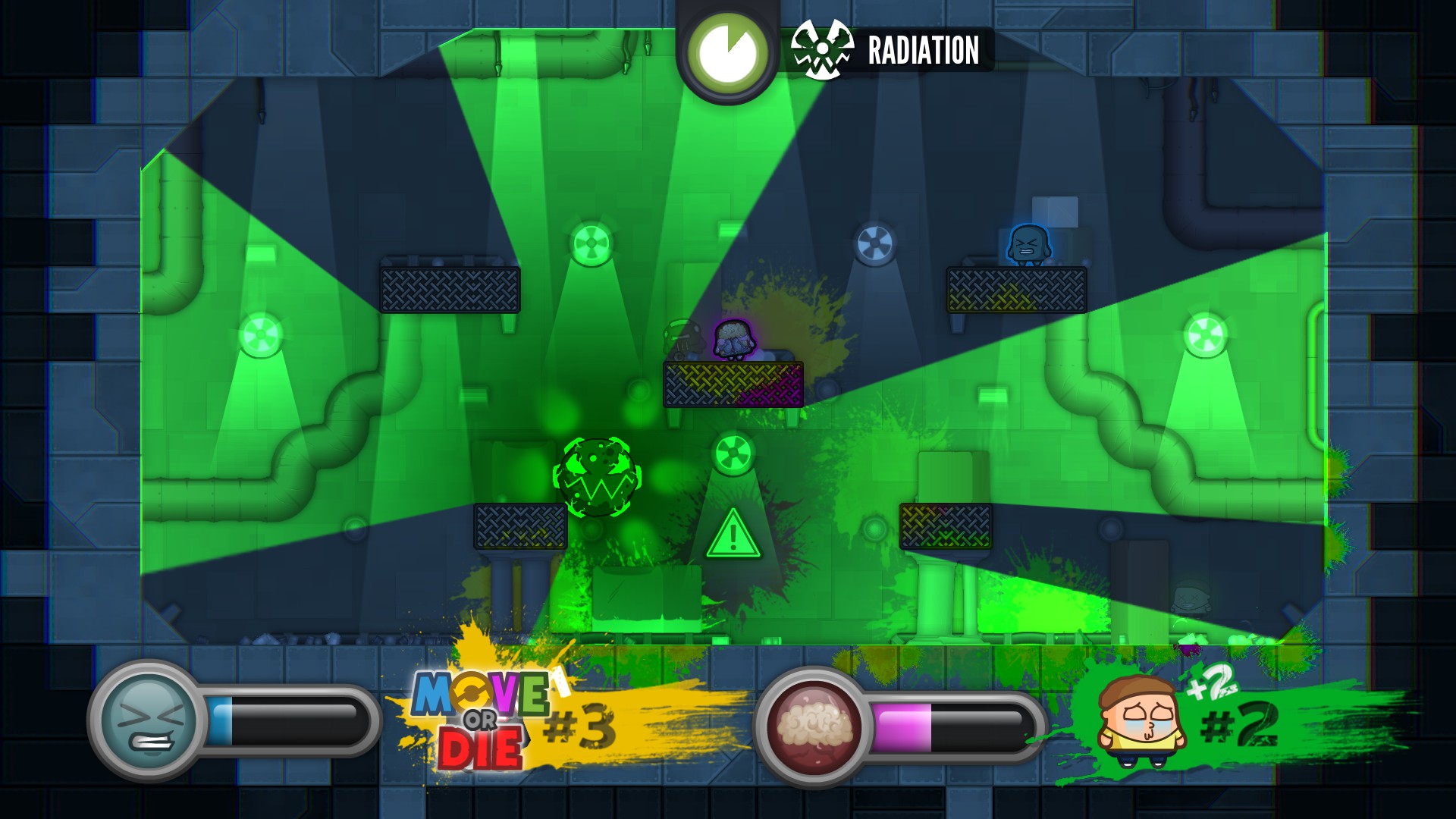 Three new Mutators also made it into this update:

And there's also a bunch of new character skins, which are purely cosmetic.

While I absolutely love the game, there's two issues with it that annoy me. Firstly, you can only level up and unlock new skins and game modes by playing online. However, playing locally you have everything unlocked, you only need to unlock things for online play. Also, weirdly I've been unable to get my gamepads to work unless it's in Windowed mode or Borderless, when in Fullscreen they're just not picked up.

Other than that, it's fantastic and great to see it still supported so long after release.

Find Move or Die on Humble Store and Steam (80% off for the Summer Sale).

View PC info
I find my 360 controllers not working unless I run the game from Big Picture. No idea why there's actual difference.
0 Likes


QuoteAs the name suggests, if you don't stop moving, you will die.

It's quite the opposite. If you stop moving, you die. You have to move all the time or you're losing health.

Good catch, the wrong word snuck in there :)
0 Likes

Quoting: cprnI find my 360 controllers not working unless I run the game from Big Picture. No idea why there's actual difference.

Wait... What? Thanks for taking interest and yes, I'll try that when home, but how disabling something that runs only in Big Picture would help in vanilla client?
0 Likes

Wait... What? Thanks for taking interest and yes, I'll try that when home, but how disabling something that runs only in Big Picture would help in vanilla client?

It's not just for BPM. It alows you to configure the controlloer which can be used by the games with your configuration.
E.g. it can be used to allow you to play games with a PS4, where you normally couldn't.
AFAIK you can even remap the buttons kinda like a Steam Controller.

Yeah, I get the remapping part - did that several times. I didn't know what else it's for. I only own 1x Steam and 4x 360 controller and don't have a game that supports e.g. only PS4 controllers so it didn't "come up naturally". :) Thanks for educating!
0 Likes
While you're here, please consider supporting GamingOnLinux on: