It's not just Dota 2 seeing a massive upgrade, as Valve also pushed out The Outlanders Update for Dota Underlords as well with a new fast game mode and a better on-boarding experience for new players.

Heroes work quite differently in Underlords though so let's take a quick look at their abilities.

The Spirit Alliance sounds fun! When they cast an ability, they get charged up. If you have three on the board together and charged, they fire off a Triangular Delta Slam damaging all enemies heroes within and this applies each spirit's elemental effects too.

Alone, that would be quite a hearty update but the Underlords team at Valve also had something else rather juicy to add in. A new fast-paced Knockout game mode! Each player begins by selecting 5 heroes, it only takes two instead of three to combine and you level up automatically every other round. You have four strikes (round losses) before you're out. Currently only available in Casual, but Ranked will be added too and bots support this mode. For Knockout Aegis of the Immortal, Desperate Measures and Embarrassment of Riches are disabled. 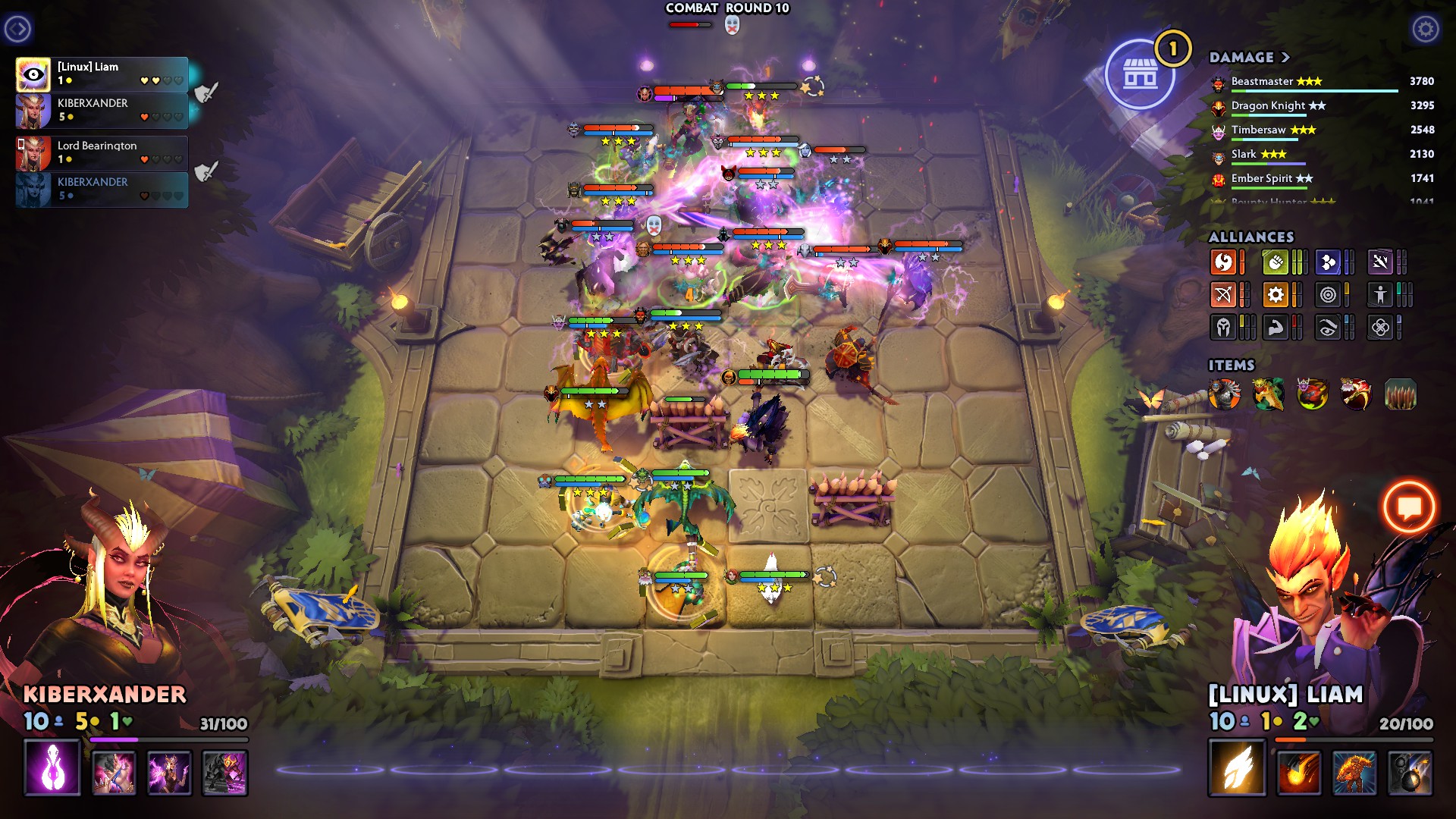 The the joy of Underlords is being able to go at my own pace, without a team telling me how terrible a person I am for making them lose. Underlords is a fantastic strategy game to chill out with and I hope it continues getting such fun updates.

If you're interested in trying it out, there's a new starting experience too with a tutorial to teach you the basic concepts. If you missed it, you can enter it manually under Bot Match.

View PC info
Knockout sounds awesome and may tempt me back in; I enjoyed the game when it was released but found it lasted just too long for me to be able to play as a filler game; which is ideally what I want, something to play when I have 15-30mins spare.
0 Likes

View PC info
Played a few knockout matches and they were around 10-15 minutes each and a lot of fun.
0 Likes

View PC info
Don't exactly have a want for the Knouckout mode but I'm glad it exists for people who a want a quicker experience.

Also I kind of dig the new comers in the roster.

*says the Anessix main*
0 Likes
While you're here, please consider supporting GamingOnLinux on: