Gravity? What gravity? Flat Earths! is a free local multiplayer (plus support for Remote Play Together) game of absolute pure chaos and it's really good fun too.

"Are you one of those ROUND-EARTHERS? Do you think the sun isn't hung from a bale of twine cast down from the star-heavens? Well then, don't bother trying this couch-multiplaying, trident-hurling, death-o-gasm of an aquatic mammal simulation."

Flat Earths! was originally made for the Ludem Dare 38 Game Jam back in 2017, which had "A Small World" as the theme and it's a bit of a joke at people who think the Earth is flat. This is the "Flat Earths Deluxe!" version upgraded and re-written to improve it based on the original. Pretty sweet to see a developer go back to an old game like that, and keep it free. 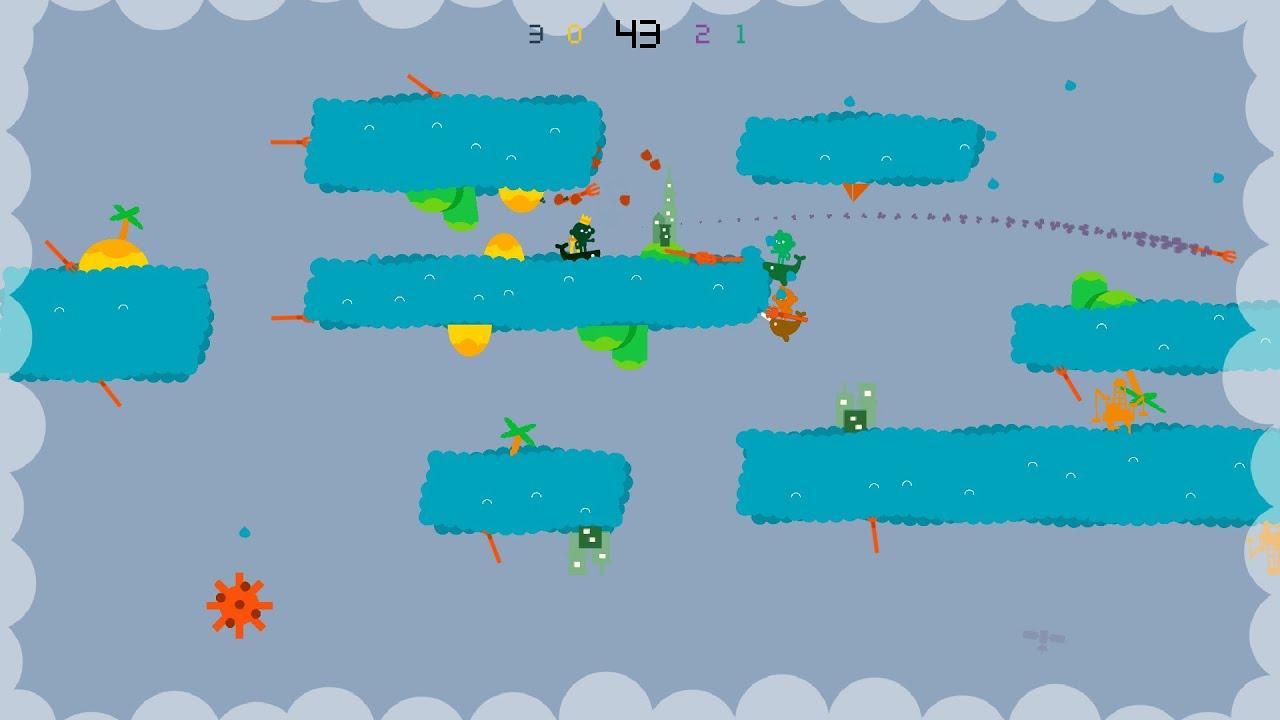 All the platforms are their own little world and they actually look really sweet and this is where weapons will stick to for you to grab. The good news is if you can't find anyone to play with, there are various levels of AI to battle against and even then it's hilarious fun. It does exactly what you need in a local multiplayer game, provide lots of silly modes, lots of different screen effects to choose from (and make it be random each round) and it's just good fun.

There's only one issue in the current build which is gamepad keybinds. The game told me it was A/X for Jump and Attack but it was actually A/B. That's the only issue, the rest of the game works perfectly.

Find it free on Steam and also itch.io.