Today, NVIDIA released a series of videos with CEO Jensen Huang, taking place instead of the cancelled GTC conference and the Ampere GPU architecture was revealed.

With Turing being the current generation powering GPUs like the GeForce 20 series with their dedicated Ray Tracing cores and GeForce 16 series without RT cores and Ampere is what's going to succeed it. Presenting in their own kitchen due to the Coronavirus, NVIDIA CEO Jensen Huang goes over various hardware advances from Ray Tracing to upscaling and more. However, to make it clear, no new GeForce has yet been announced so nothing on the consumer side is there to really be excited about just yet.

Part 1 can be seen below: 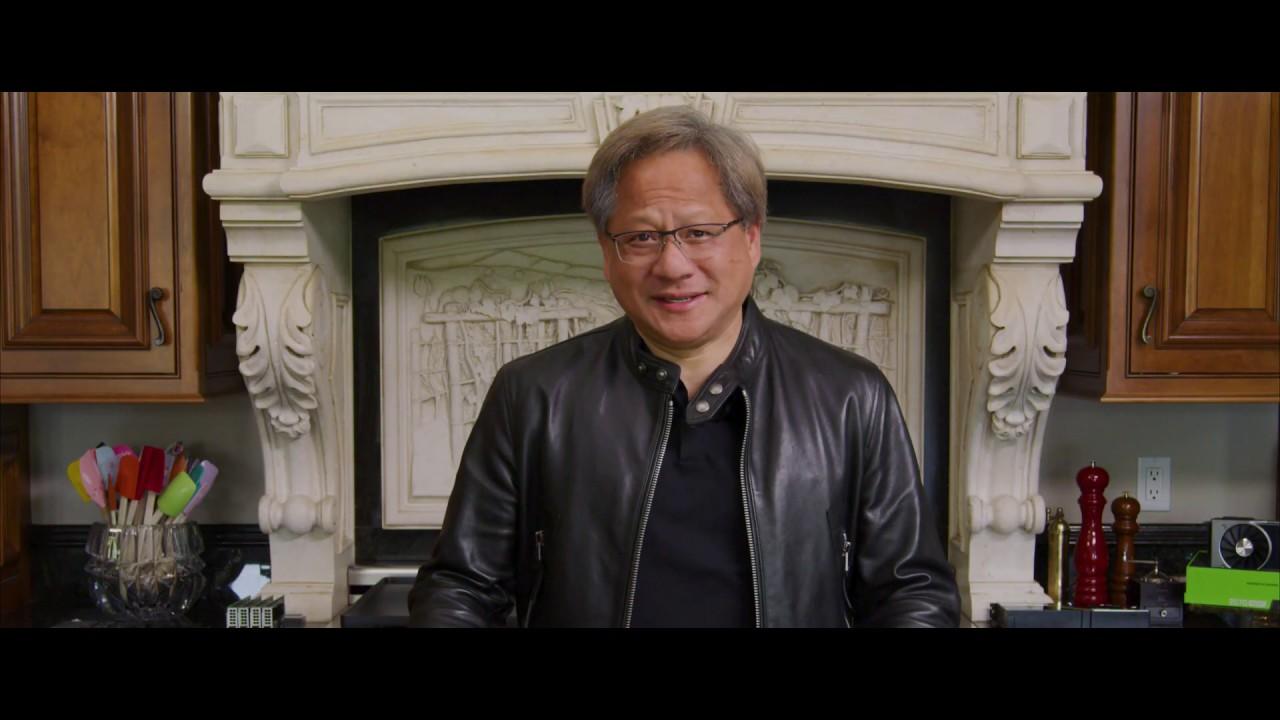 See the whole playlist of the videos on YouTube.

If you're interested in a deep-dive about NVIDIA Ampere, they announced the NVIDIA A100 GPU based on the new NVIDIA Ampere GPU architecture which you can read more about on the NVIDIA devblog post. It sounds like an absolute monster. They also announced the DGX A100, which houses eight of the new A100's "delivering 5 petaflops of AI performance and consolidating the power and capabilities of an entire data center into a single flexible platform for the first time". The first lot of these DGX are going onto help fight COVID-19.

Now that Ampere itself is formally announced it should hopefully mean the next generation of GeForce GPUs aren't too far away from being introduced too. NVIDIA are keeping secretive about it for now. Whenever the new GeForce powered by Ampere happens, we will let you know.

But ML is up 150%, which is fair considering the extra transistor space.
Still I'm not THAT impressed. I expected better.
2 Likes, Who?

View PC info
Nothing on their previous driver open sourcing statement? Sounds like things aren't getting better on the Linux front.

View PC info
It better be powerful, the die size is enormous. From the blog link in the article, "....with a die size of 826 mm2".

Bigger die size means more power, heat, and space requirements. I'm not really impressed. If anything this announcement has pretty much sealed my next rig being AMD based. Intel discrete GPUs are far enough out that I'm not considering them yet.

Quoting: GuestOSSing the drivers wouldn't fix anything btw, it'd only make them uncompetitive for a few years, just as it happened with amd. Plus who wants to stay on bleeding-edge just to get a driver update?

You don't have to go bleeding edge, if it's done properly you just have to get the latest drm dkms and the latest Mesa stable. It's pretty much what Nvidia does with their drivers whenever they release a new version.

Quoting: ShmerlNothing on their previous driver open sourcing statement? Sounds like things aren't getting better on the Linux front.

It's literally a hardware event.
OSSing the drivers wouldn't fix anything btw, it'd only make them uncompetitive for a few years, just as it happened with amd. Plus who wants to stay on bleeding-edge just to get a driver update?

They had it planned for the original in person event, so regardless of solving problems, it would still be interesting what it is. At least we can laugh at it ;)
0 Likes

Quoting: tpauThey had it planned for the original in person event, so regardless of solving problems, it would still be interesting what it is. At least we can laugh at it ;)

Exactly. So I suppose they scrapped their plans. And it means they aren't solving those problems any time soon.

tpau 14 May, 2020
View PC info
Not necessarily, it may just not be part of the keynote and come independently later.
0 Likes
1/2»
While you're here, please consider supporting GamingOnLinux on: