With EA back on Steam, you can play Titanfall 2 on Linux with Steam Play

Now that EA have decided to cosy up with Valve once again, their games have been pouring onto Steam and that means certain games like Titanfall 2 are easy to get going on Linux.

Thanks to the Steam Play Proton compatibility layer (more info), tons of big Windows-only titles like this are really easy to get running on pretty much any Linux distribution. Titanfall 2 is an underappreciated gem too. I’m a massive FPS nut, I simply love these tactical feeling shooters and Titanfall 2 especially because it’s ridiculously over the top. We also so very rarely get games like this officially on Linux so thanks to Proton we can play Titanfall 2 and many other EA games easily now.

Have a look at Titanfall 2 on Linux below in an unfiltered quick-video: 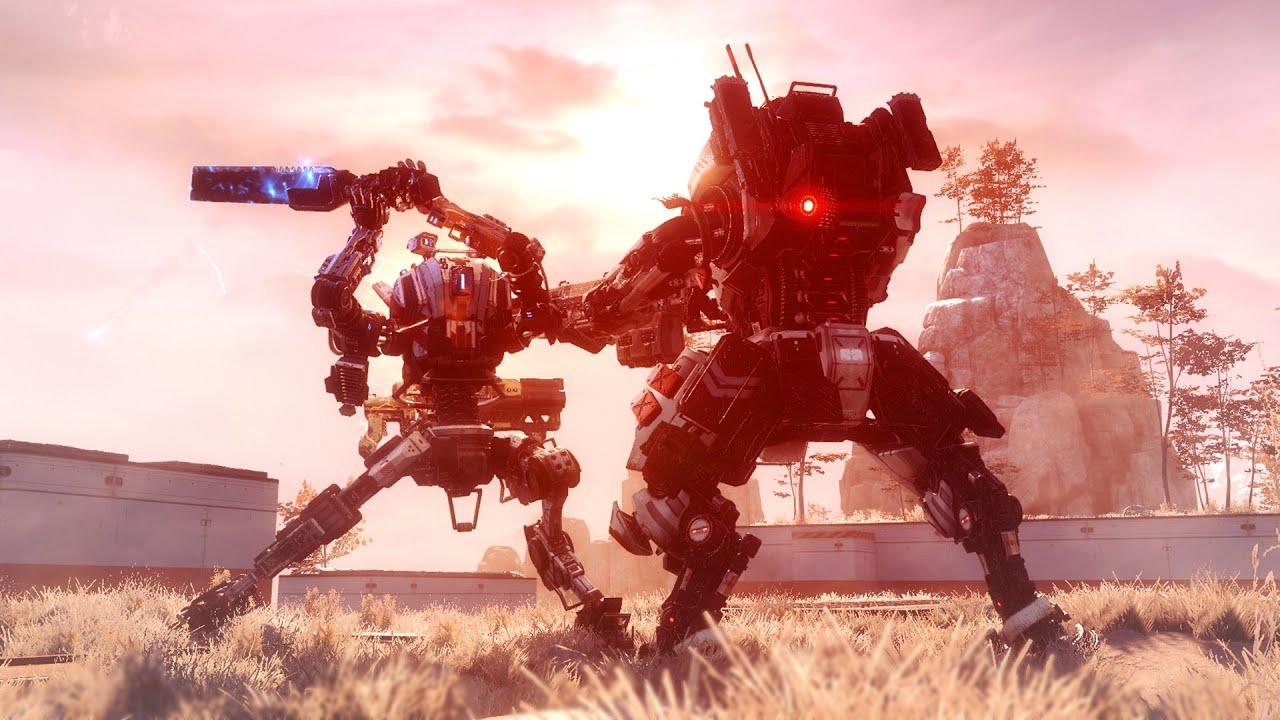 With Proton 5.0-9 released recently, Valve and CodeWeavers put in some dedicated fixes needed by Origin too so that it's click and play. Well, almost. Initially hitting play may give an error about linking accounts, just hit play again and it should work as expected. Origin being Origin.

Also, you might notice some micro-stutter happening like clockwork every 1-2 seconds or so (not everyone sees it). That is also Origin being a nuisance. Thankfully, there’s a super-simple one-liner fix for that. If you find the compatdata data folder and then the folder inside for Titanfall 2, you need to change the permissions on it as Origin likes to constantly try to write into it. Stop it doing so like this (example):

That will remove the ability for Origin to write into it as a quick fix, until a real solution comes along. You will need to enable it again (+w instead of -w) if Origin ever needs updates, and then do it again to stop the stuttering. Thanks to a comment from TK-Glitch on GitHub for the idea. It’s likely if you see micro-stutter in other Origin games with Proton on Linux, doing that for each might fix them too.

Once that’s done. Enjoy. A good time to pick it up too since Titanfall 2 has a big discount on Steam.

Ending note: while I am aware people on Linux have played it with Wine and Lutris before, directly in Steam makes things a whole lot simpler.

We do often include affiliate links to earn us some pennies. We are currently affiliated with GOG and Humble Store. See more here.
About the author - Liam Dawe
I am the owner of GamingOnLinux. After discovering Linux back in the days of Mandrake in 2003, I constantly came back to check on the progress of Linux until Ubuntu appeared on the scene and it helped me to really love it. You can reach me easily by emailing GamingOnLinux directly.
See more from me
Some you may have missed, popular articles from the last month:
The comments on this article are closed.
53 comments
Page: 1/6»
Mal 20 Jun, 2020

I'm very happy EA made the move. But I'm still not sold on games that require origin. I'm uneasy about having two DRMs running at the same time.

I would see the ability to redeem your game on both services as added value. Say, if one service is down (or whatever) now you have the other (even if cloud save is separated). But requiring both at the same time? Unnecessary hussle, multiplication of failure points, and if everything works then bloatware for the end user.
5 Likes, Who?
gustavoyaraujo 20 Jun, 2020

View PC info
Works flawlessly for me, except the overlay doesn't work so I can't play with friends. Anyone got it working?
1 Likes, Who?

View PC info
Hmm, another game I used to be interested in but never played.

I'm not 100% sold on EA, I'd hate to buy into their stuff only to have them screw me over again.

Edit: Or maybe there's a bigger argument to be made about how DRM-free and offline discs prevent this kind of bullshit before it can ever even happen.

View PC info
Nice to have it in Steam again. Yeah, I was impressed when I saw with a recent wine version that Titanfall and Titanfall 2 where finally working. Especially Titanfall 1 being an online only game. I used Lutris for it and had this 1s hiccup as well. Looks like Origin is writing a file to disk every second. I got rid of it by moving the prefix to SSD and the game files symlinked from HDD.
If Titanfall 2 works now via SteamPlay, I guess the other games I've been playing recently via Lutris should work in Steam now as well? Like Plants vs Zombies: Garden Warfare 1 and 2, Star Wars Battlefront 1 and 2 (the new EA ones), and Crysis 3.
Well, I got those games quite a while ago, and I do not intend to buy them again. It's shame they're not automatically available to buyers like GoG connect does it with games.
Who would've thought EA would ever go back to Steam...
2 Likes, Who?
Spud13y 21 Jun, 2020

View PC info
That command fixed a massive amount of stuttering in Dragon Age 2, Inquisition, and Mass Effect Andromeda. Thanks a lot, Liam!

View PC info
I have the worst timing. Decided to take the plunge and install Origin through lutris last week and buy Titanfall 2. It works really nicely with RADV/ACO once you jump through a few hoops. Would have preferred it through Steam tho! Ahhh well.

Also good to know about the stuttering issue, I never noticed because I have it installed to a ssd, but that's not so great for drive wear - unnecessary disk writing.

View PC info
That's a great workaround. Thanks for posting it!

Origin is really one of the worst pieces of software ever written. It's mindboggling, really. I get the idea that real talent probably doesn't want to work for EA in the first place, but compared to their games, Origin isn't THAT complex. Do they really put every intern they get on Origin to hack away?
1 Likes, Who?

Quoting: CorbenWho would've thought EA would ever go back to Steam...

Steam is where the money is, because it's where (most of) the gamers shop. I guess EA thought because they're EA, they can dictate their customers anything, including migrating to their own little store that has really nothing to go for it other than being annoying. I guess EA's numbers were hurting and the management finally realized that their games don't get noticed as much anymore, since they chose NOT to be on the world's #1 marketplace for games. Which is really a silly thing to do.
3 Likes, Who?
1/6»
While you're here, please consider supporting GamingOnLinux on: