If you enjoy a good traditional real-time strategy game and you haven't already tried The Fertile Crescent, you're really missing out on a wonderful title that keeps getting better.

The Fertile Crescent is a little like a streamlined pixel-art Age of Empires, although they do have a different focus and it does play in a unique way, that comparison gives you a reasonably close idea of it mechanically. You build, you gather resources, explore and fight others. With support for AI battles and cross-platform online play, there's a lot there to love. 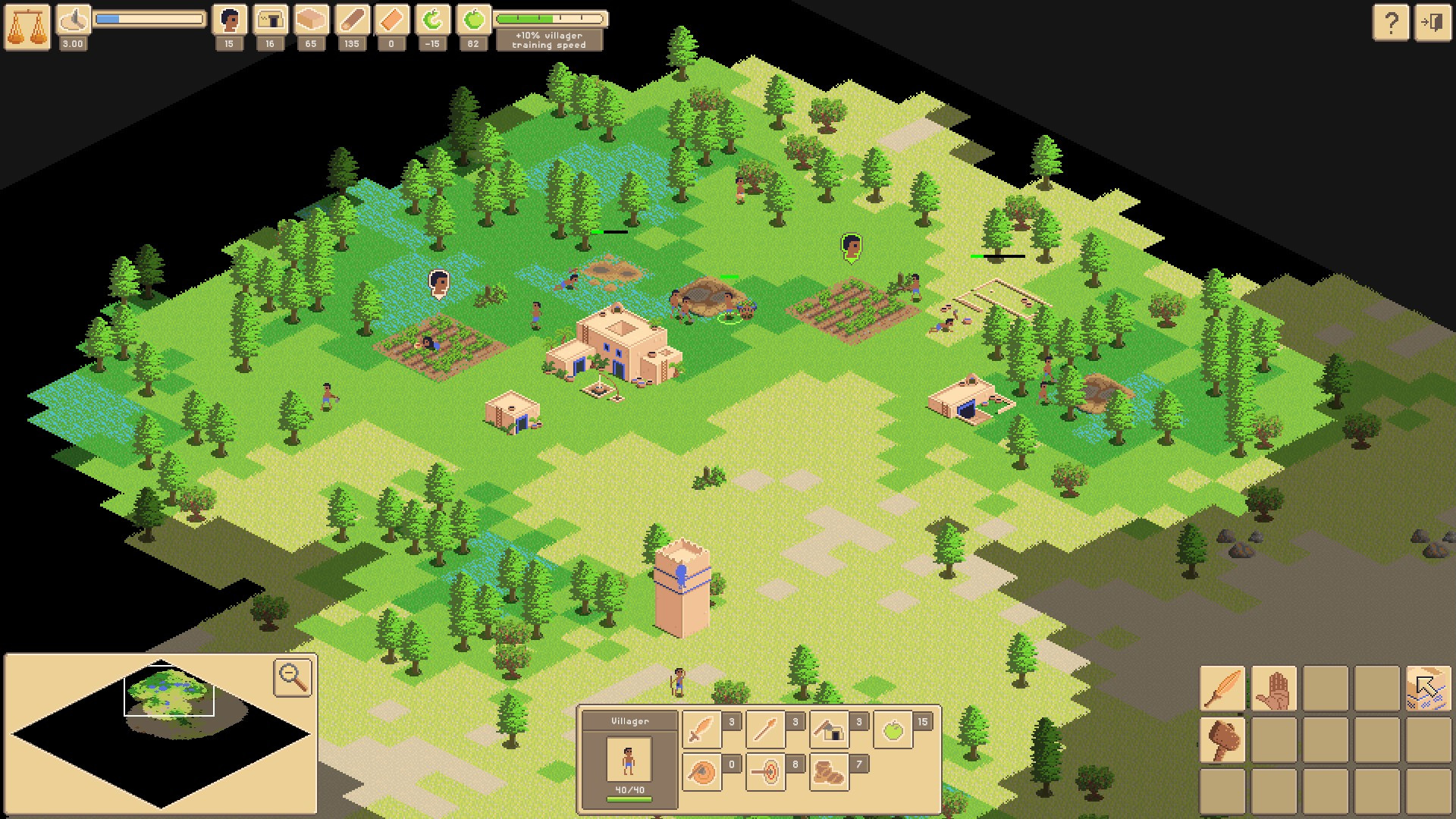 While work is progressing on adding walls and siege units, which sounds awesome and will open up many more tactical options for defeating opponents and securing your village, they've put out some smaller but important updates to keep players going until those big new features are ready.

One of the big improvements is their new Fog of War system. Previously, if you explored a part of the map while it would hide units it wouldn't hide new buildings or trees getting chopped—bit of a cheat! They've now totally re-done that, with a system that basically takes a snapshot of the map at that point. They gave the below example to show a place being explored, then no one is there to see it and then exploring it again later and you see it has changed. Exactly how it should work so that's great.

On top of that there's also now a visual and sound effect that's shown / played for buildings being destroyed, buildings can now have siege armour to better protect them, villagers will have handcarts when a player has researched the Wheel giving other players a visual indicator of their research progress and there's now a multiplayer stats so you get a better idea of how the game went.

Honestly I can't overstate how impressive The Fertile Crescent is for a game that's currently free, with it being made as a passion-project.

Give The Fertile Crescent a try and find it free on itch.io.

About the author - Liam Dawe
I am the owner of GamingOnLinux. After discovering Linux back in the days of Mandrake in 2003, I constantly came back to check on the progress of Linux until Ubuntu appeared on the scene and it helped me to really love it. You can reach me easily by emailing GamingOnLinux directly.
See more from me
Some you may have missed, popular articles from the last month:
The comments on this article are closed.
2 comments
robredz 28 Jul, 2020
View PC info
Will give that one a try looks nicely retro as well.
0 Likes

View PC info
Nice addition! :) And I love how it looks.

I just watched their April demo and it has more features than I expected. I might play it one of these days. :)
0 Likes
While you're here, please consider supporting GamingOnLinux on: