Megan Fox of Glass Bottom Games announced that SkateBIRD has a demo up again, to celebrate being included in the Tokyo Game Show 2020 and you can play until September 28.

SkateBIRD is a game that doesn't need much of an introduction. It's skateboarding, with birds. Funded on Kickstarter in July 2019 with thanks to 2,526 backers giving the team $67,220 it's not actually due to release until later in 2021, so this small slice gives a quick look at what to expect from it.

What's different to the original demo? According to Fox, quite a lot behind the scenes. It's the same map but they've given it all new skating physics, "We iterated on momentum, top speed, pushing behavior, and grind friction. It's also a new iteration of the camera. Goal was to address prior feedback and see how folks felt about it now." and they also improved the balancing behaviour and lots of other little things.

A very unique take on skateboarding of course, a little silly but adorable at the same time. There's even a button in the menu that gives you a new random bird with a different little outfit and it's a bit hilarious. 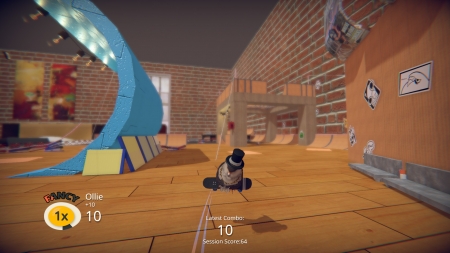 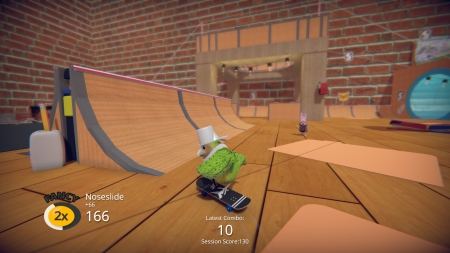 There's a few birds scattered around which give you little quests to do too. Otherwise, just skate around and enjoy sweet little birds doing tricks.

You can try the SkateBIRD demo on Steam. Live until September 28.

This game is really cute, but there's too much bugs on it (it improved a lot from the last demo), I'm not sure that they will finish it next year.

On menu, to access game options is strange because cursor pass through it.

There's a lot of ways to get out of bounds, and once is on the ground there's no way to return.

The physics is strange, the bird stick on the obstacles, it's hard to grind (?)

Liam Dawe 25 Sep, 2020
View PC info
That seems like a typical AMD Mesa issue with Unity, I had no problems with NVIDIA. art of rally had a similar issue, which is fixed in the very latest Mesa drivers. This is also a quick demo of an unfinished game that's still some ways off remember.

View PC info
Not the same bug, but it is specific to Mesa.
0 Likes

I almost believed that the Transformers actress started a gaming company
1 Likes, Who?

View PC info
Nice, going to try it out this weekend.
0 Likes

I almost believed that the Transformers actress started a gaming company

I've watched most of those movies, but still only knew Megan Fox as the developer of Hot Tin Roof and SkateBIRD, so I didn't understand the confusion. Must not have made a big impression on me then.

Nice to see a Linux demo of the game, since I was a bit disappointed when it was Windows-only in the last Steam demo event.

Quoting: Liam DaweThat seems like a typical AMD Mesa issue with Unity, I had no problems with NVIDIA. art of rally had a similar issue, which is fixed in the very latest Mesa drivers. This is also a quick demo of an unfinished game that's still some ways off remember.

FWIW, I filed an issue with Mesa and was informed that it's a game/Unity bug. Uninitialized mipmap levels. Can be worked around by setting AMD_DEBUG=zerovram.

Game dev have been notified.
3 Likes, Who?
1/2»
While you're here, please consider supporting GamingOnLinux on: