Crusader Kings II gets a monthly subscription for all the DLC

Paradox Interactive are branching out with revenue models and they're now doing a subscription for Crusader Kings II, which itself is free to play. Even though Crusader Kings III is out now, the classic Crusader Kings II is tried and tested with multiple thousands of people still playing it regularly. It being free also makes it a good entry point for Paradox strategy titles.

The subscription service is now live on Steam, giving access to everything that the game has to offer. Like other Paradox Development Studios titles, it has a lot of DLC available and it can be a little overwhelming on both the cost and what to pick from. If you wanted to buy all of it you're looking about £228 whereas the subscription is £3.99 / $4.99 / €4.99 per month.

For that monthly sub you get:

It remains entirely optional, with DLC purchases not going away.

Paradox confirmed they continue to look into making the same subscription system available to other titles. 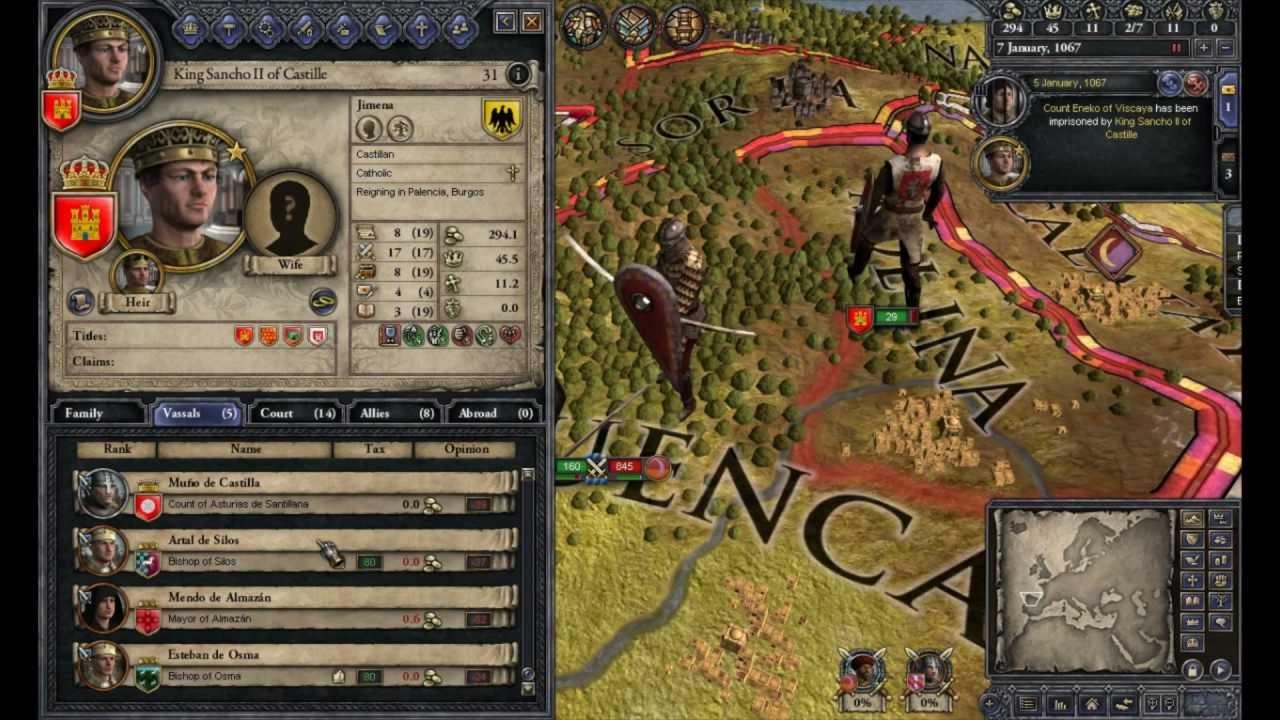 View PC info
I play many paradox interactive games. Bought a lot of their games/DLCs, most of them add a lot.

But this feels like a money-grab. This game is 8 years old. They used to release an collection with all DLCs for 50 euro of so with an game end of life like CK2.

So now we have gone from Too much DLC to Mircotranscations to now subscription DLC.

1 Likes, Who?
Purple Library Guy 19 Feb, 2021
I instinctively dislike this idea. But, devil's advocate for a moment . . . So, the game is free. But it has three million DLC. You acquire, you download it, you play it, you wonder what you're missing but you don't feel like buying them all. And, it's an old game. So maybe you want to get the full experience, but once you've gotten the feel for that you'll be moving on to CK III.
So you do the subscription, fiddle with a few games with all the DLC in all their glory for a few months, then can it and get CK III instead. You've satisfied your curiosity, and a few months of subscription is way cheaper and less hassle than buying all those masses of DLC.
So it feels wrong, but there's a case to be made for it in this situation.

View PC info
Even if you plan on playing more CK2, you'll need to play for a very long time until the subscription gets more expensive than buying all DLC.

I personally prefer to "own" games, so I'll not pay for a subscription, but I can see that other players might benefit from it.
3 Likes, Who?

View PC info
I think this is a very positive option, as the option to purchase the DLC permanently and individually is still available.

I already have all the DLC I care about (and some I don't), and even for Paradox games where I don't have any DLC yet it would certainly be better to buy stuff normally. But if you aren't sure you are going to play the game for years (or even more, if you are sure you'll only play for a few months and quit), this is good. If you can't spend a ton of money at once, this gives the full package at once and it would be years before you took a loss - and you can cancel when you aren't playing. Or if you tend to play in short bursts - spend a month playing furiously and then not touching it for several months - this can be quite economic.

Yes, I like having "permanent" ownership of stuff, and I hate the hassle of subscribing and then unsubscribing to stuff. I'm concerned about the move to subscription-only models as a way to erode rights, and I'm concerned about subsidized subscriptions where there is a purchase option but it is too expensive (again, with the intention of eroding rights and keeping control over stuff). But, for a game that is relatively old and already has a successor out, for which no new content is expected, but that has a lot of accumulated content, and which retains the old purchase options at the same prices, I'm fine with it. Eventually it will be old enough that I'd want them to phase out the subscription and just sell a cheap full edition, but for now it looks reasonable.
3 Likes, Who?

mahagr 19 Feb, 2021
View PC info
I'm glad that I bought CK2 with all the expansions from Humble Bundle for $15...
2 Likes, Who?
Ketil 20 Feb, 2021
View PC info
I think this subscription model would have been perfect for me back when I still wanted to get into the game. I've got CK2 and a few DLCs of some humblebundle at some point, but I never managed to learn how to play the game properly. I would rather rent access to all DLCs for two months and never play it again than to buy a few DLCs, play for two months and never play it again.
0 Likes
Disharmonic 20 Feb, 2021

Quoting: RedjeThey used to release an collection with all DLCs for 50 euro of so with an game end of life like CK2.

Another subscription...., no thank you!

A lot of people seem to not have seen this. PDX used to sell EOL games with all the DLC as a bundle. They could have released all the CK2 DLC as bundle or in a few thematic bundles instead of this, like they did in the past. To me this looks like a test run to offer subscriptions for all their games
2 Likes, Who?