Brace yourself, Winter is coming to Crusader Kings III

As if you didn't have enough problems with backstabbers, finding someone to marry and keeping your kingdom together - winter is coming to Crusader Kings III in the 1.3 update.

This will be a free update for everyone that drops along side the first DLC. While there's no date, we should find out a little bit more when the Paradox Insider event happens on March 13. Fear not though, we'll keep an eye out for any interesting announcements and let you know after the event.

When it comes to winter, snow will be heading to Crusader Kings III making the already difficult world much harsher overall. The map will gradually get covered in snow and Paradox said their system is pretty flexible so they can control where it flows. It's not just a cosmetic change though and does a few interesting things. For starters, there's going to be variants of it like mild and harsh winters, including visual effects to show the differences. 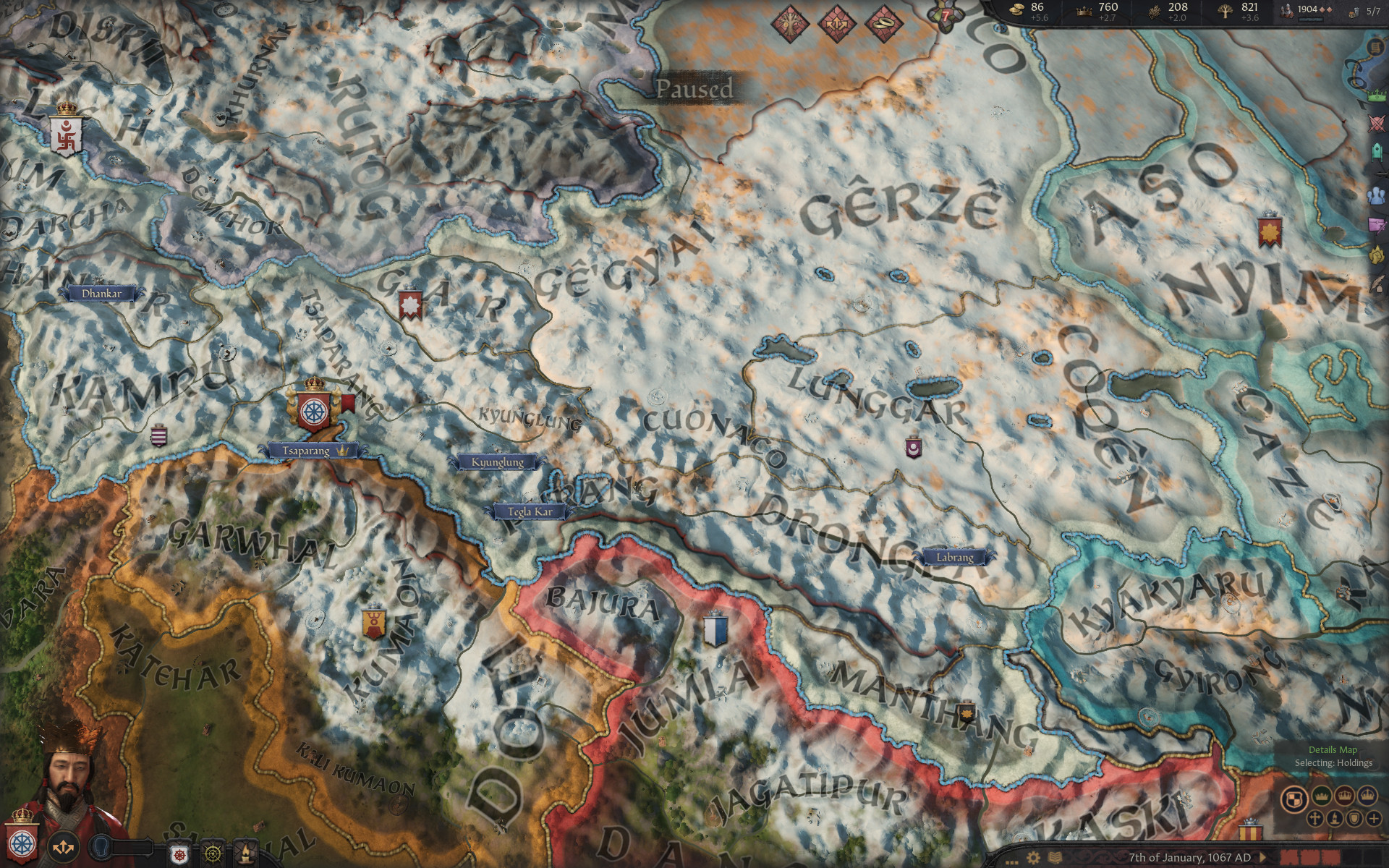 If it's quite cold your armies will lose supply over time, with even more lost each month if it's quite a harsh winter making moving around quite a bit more difficult and you will see more casualties during battles in harsh winters. Paradox said Men-at-Arms will also be affected, like cavalry performing worse but some will actually see a bonus like the Tibetan Mountaineers. This winter system will be open for modders too.

They even updated the sound design to go along with the changing season with a gentle sound flown between, plus you will see snow visual effects of it flowing above the map. It all looks rather good. Some map updates where also mentioned including adjusting the baronies in Ireland as they were too large, so they've added a few more and some new counties that should "improve the overall experience of playing in Ireland".

Plenty more will be coming in the free update too. Do you fancy yourself a bit of a poet or perhaps you just don't know it yet? Well Poetry is coming, apparently it was popular in Crusader Kings II so they're bringing it over in an enhanced form that will include character interaction, a rework of the stats from the previous game and randomised poetry generation which will no doubt end up quite hilarious.

View PC info
looks like after my current Stellaris playthrough Im going to have to revisit CK3. Dammit Paradox games are addictive! I have others I need to play as well...
0 Likes
While you're here, please consider supporting GamingOnLinux on: