Ganymede Games have announced Xenotheria, a story-driven deck-building RPG with turn-based combat with plans to support Linux at the full release.

"Xenotheria takes place on Wolf Prime, a sprawling desert planet that’s home to the galaxy’s most important trading port. A seemingly ordinary day quickly turns chaotic after a mysterious, cataclysmic event. What follows can only be described as a shower of spaceships, satellites and orbital stations raining down havoc on the innocent souls of Wolf Prime. One of those souls is Squiggles, a hard-working spaceship construction yard worker with a heart of gold.

The events of Xenotheria play out in the immediate aftermath of the ship-raining apocalypse. Squiggles, often known for shying away from the spotlight, takes center stage in Xenotheria. What starts as a fight for survival in the remains of a shipyard soon becomes an epic journey across Wolf Prime in a search for the truth behind the apocalyptic event." 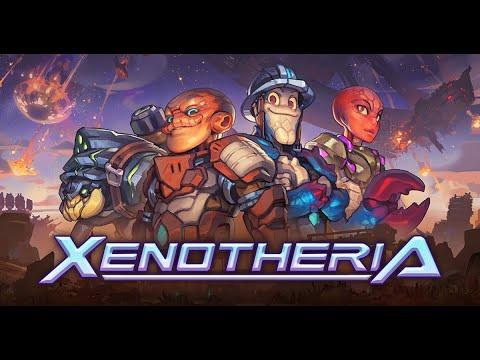 The developer explains that the gameplay is a bit of a mix between isometric exploration like Divinity: Original Sin, while also mixing in the customizable deck-building found in games like SteamWorld Quest, offering up turn-based tactical battles with story-telling embedded into it. It's now on Kickstarter seeking $25,000 and they have until December 16 to hit the goal.

About the developer: Ganymede Games is an independent games studio based in Las Cruces, New Mexico, founded by industry veterans (Riot Games and CD Projekt Red).