I just finished watching all of Black Sails (which was fantastic) and was in the mood for some pirating fun, so the Early Access release of Arcane Waters makes for good timing. This is a new pixel-art open-world single-player and online pirating adventure game.

Featuring a great big mix of gameplay mechanics including trading, exploration, combat, and farming. You get to explore handcrafted sea and land maps, sail to visit remote towns to trade goods, hunt for treasure in dangerous waters and lands filled with monsters, or play against other pirates in PvP sea battles. After you've done all that, go back to your farm to tend to your crops and make some more monies to buy and upgrade your fleet. 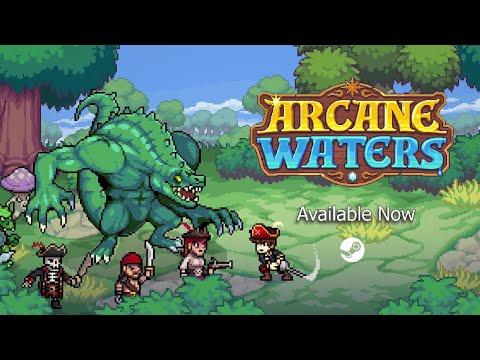 The developer expects to remain in Early Access until some time next year. Currently it has a few of the unique regions ready to explore, with 7 planned for the full game but they said the core gameplay elements are done and included in the game right now.

Check it out on Steam. Available on Steam with Native Linux support.

Quoting: constDid you test it on Deck? :)
Seems really interesting, but not if I need to sit at my Desk to play!

I actually played the demo on my Deck back when it was released so I'm pretty sure you can play the full game as well.
1 Likes, Who?
ssj17vegeta 23 Nov, 2022
Slightly unrelated, but yes Black Sails is awesome indeed. AND the ending wasn't rushed !
0 Likes
While you're here, please consider supporting GamingOnLinux on: