Stellaris: First Contact is the next DLC for the space sci-fi strategy game from Paradox, with more of a focus on the early game. Sounds nice, because after quite a few games played, the early game does end up feeling a little stale.

It's all about expanding events for early civilisations with events and mechanics for pre-FTL civs across the stars, as well as new origins and most excitingly — cloaking tech. The thought of what I can do with that…it will also launch alongside a free update called "Canis Minor" providing something for all players. 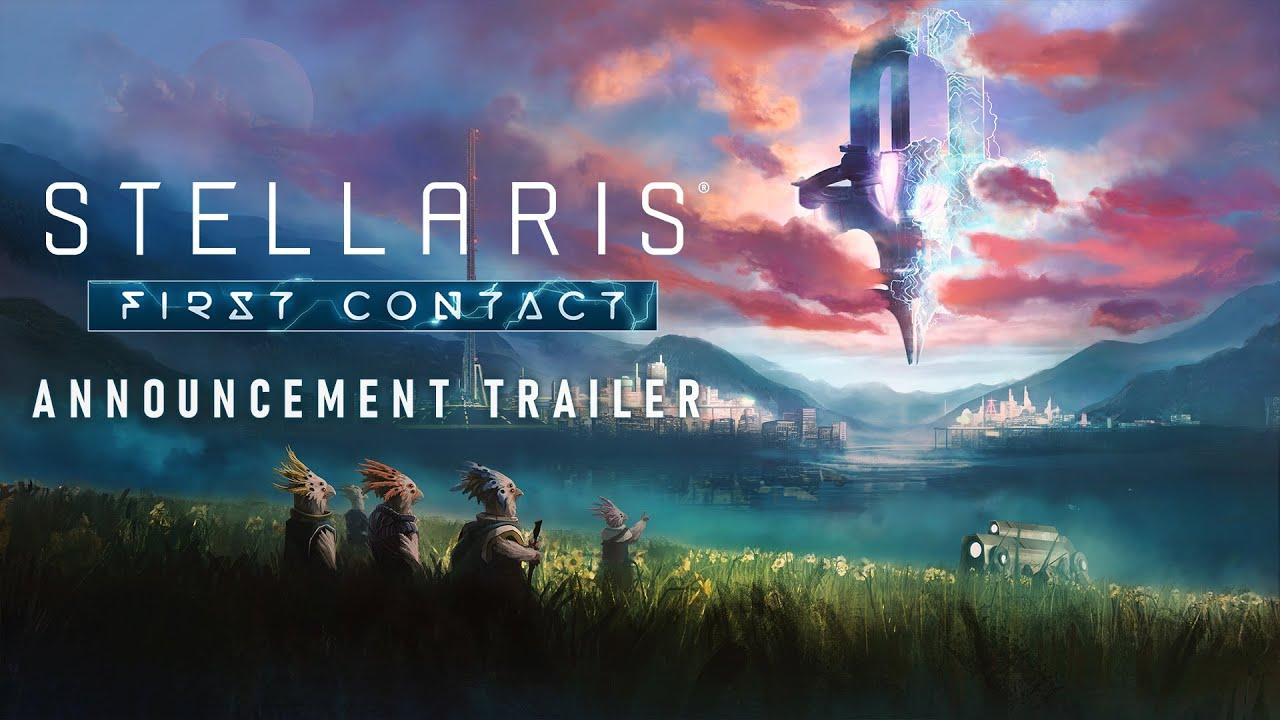 What it will actually include:

Stellaris can be purchased on Humble Store, GOG and Steam.

View PC info
Oh, this sounds cool. I've always enjoyed finding pre-FTL civilizations around (I tend to bring them up to spaceflight tech as protectorates), so more interactions sounds fun. It makes the game feel more alive to have new civilizations popping up as it goes along (and separates it from many other 4X games), rather than "everyone mostly all just happened to achieve spaceflight at the same time at the beginning of the game"*. (I'd love to see more stuff for primitives as well, since I love uplifting them, but we'll have to see if that's included with this or not.) The new origins sound interesting, especially Broken Shackles and Fear of the Dark (an origin for potentially rejecting spaceflight and doing a one-planet challenge, perhaps?).

*Good for game balance, but somewhat artificial-feeling; I like the Fallen Empires for the same reason, adding an element of "you weren't the first" into the game and making the galaxy feel like it has history.
1 Likes, Who?
Purple Library Guy 17 Jan
I've never interacted with the primitives very much. Generally I just watch them pretty hands-off, let them do their thing, and most of them are still in the bronze age or whatever by the time I'm the pre-eminent galactic power. I've tended to be democratic nice guys, and there was usually a faction or two I could appease with hands-off policies for some Influence. On the other hand, and in my current play-through, I eat them. Not much interaction there either.

But, that's all the more reason it could be good to have new stuff making them interesting.

I'm not sure about cloaking. It's a cool tech, but I've never been sure how much the AI pays attention to where my fleets are, so I can't tell if hiding my fleets would make much difference . . . on the other hand, if it would let me explore for anomalies in the space of people who have closed their borders, that could be sweet! Or nowadays, if it would let me boost my intel level on other civilizations by sending in cloaked scouts.
0 Likes
Purple Library Guy 17 Jan

Quoting: Philadelphus*Good for game balance, but somewhat artificial-feeling; I like the Fallen Empires for the same reason, adding an element of "you weren't the first" into the game and making the galaxy feel like it has history.

Totally agreed. I love that feeling when I meet a Fallen Empire and think, "You smug old bastards think you're soooo superior, don't you? One of these days, boy . . ."
1 Likes, Who?

View PC info
Paradox releasing over and over dlcs.... my wallet is crying every time i feel it was the last dlc... Please Paradox stap it
0 Likes
While you're here, please consider supporting GamingOnLinux on: