As promised by the developer last month, the latest big patch landed yesterday, the "Major Content Update #6" included: A Linux version, hardcore mode, an overhaul of ultimate skills, a quest tracker, quest log improvements, over 50 new sound effects and improved audio quality, improved performance and much more. You can see see the announcement about it here. 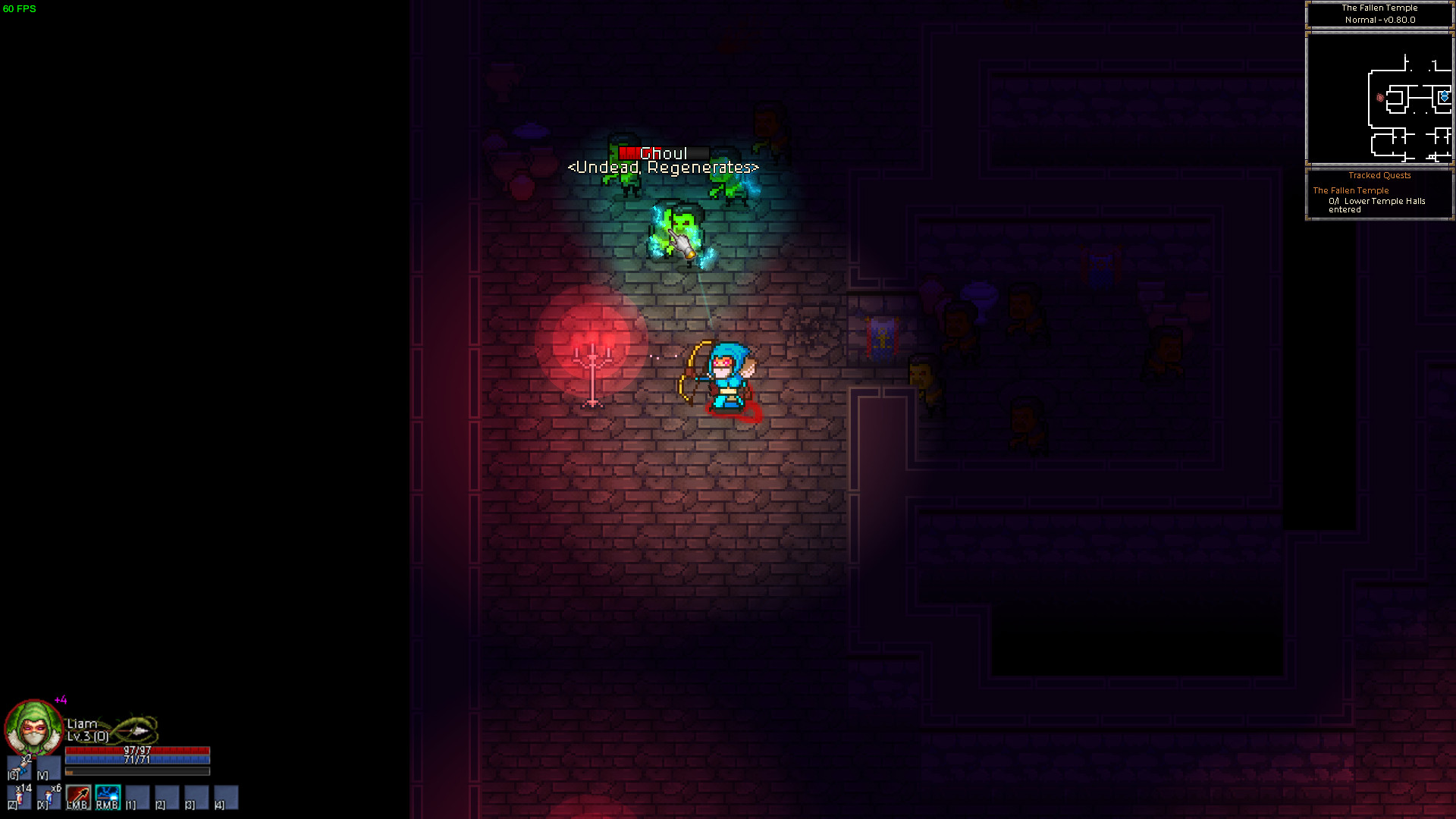 After trying it, I came away pretty impressed. It gives off a bit of a Diablo feeling to it, with some satisfying combat, so tasty loot (which includes actually comparing items on hover—nice) and a really good atmosphere. It's the little things as well, like being able to smash all sorts of jars and other items laid around.

I decided to pick the Warden character, since I have an affinity for bows after doing archery as a child and being surprisingly good at it. This character is so much fun to play as, especially with the different skills you can put attribute points into when you level up. Firing off some arrows charged with lightning into a group of enemies or summing some creatures to do my bidding. The skill system is pretty good too, with plenty of choices in different categories along with the ability to upgrade each individual skill too. 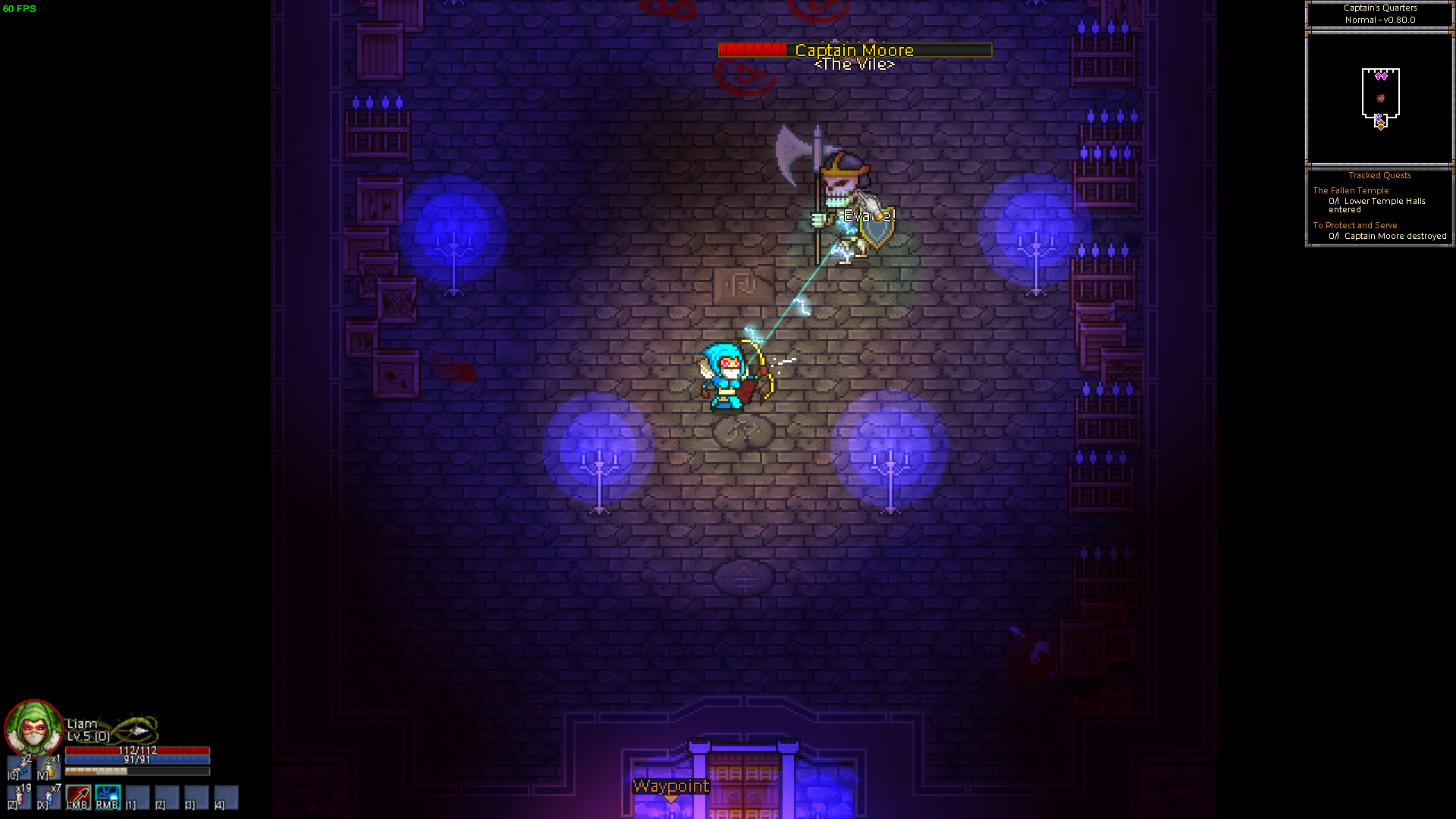 There's so many things in Chronicon to love, even the item system is awesome. You can insert gems into weapons, speak to an NPC to upgrade the amount of sockets available on items and so on. The shop keeper even has handy quick-buttons to sell all your items at various quality levels instantly, which is handy considering the huge amounts of loot you find. I did also rather like how playing as the archer, you pick up different types of arrows as well.

What's fantastic about the interface in Chronicon, is that so many elements can be scaled up and down, especially handy for tired/rubbish eyes like mine. There's options, options with extra sliders and so on, it's fantastic that the developer Subworld put real thought into how different types of people will want to play their game.

I actually thought on Normal difficulty it was a bit easy, thankfully if you go back to the menu and load a character rather than just hitting continue, you can actually change the difficulty.

During my testing, I couldn't get the Steam Controller to work at all sadly. I tried various configs and also SC Controller, the game picked it up it just didn't work. Thankfully, it had no issues with my dual-monitor setup, with fullscreen working without fail so that's great.

Honestly, very surprised by it so far, it's absolutely addictive. An hour of my time vanished in the blink of an eye—crazy. I've been looking for a game for so long that properly fills that sweet spot for an action RPG and this very well could be it.

You can grab a copy right now from: Humble Store and Steam.
Note: For me it actually works out slightly cheaper on the Humble Store.

hodasemi 27 Apr, 2018
View PC info
For our Archlinux users out there. I just bought the game and it doesnt start. You have to install lib32-libcurl-compat and add this line LD_PRELOAD=$LD_PRELOAD:/usr/lib32/libcurl.so.3 %command% to the launch options.
0 Likes

Quoting: hodasemiFor our Archlinux users out there. I just bought the game and it doesnt start. You have to install lib32-libcurl-compat and add this line LD_PRELOAD=$LD_PRELOAD:/usr/lib32/libcurl.so.3 %command% to the launch options.

Yeah, the developer is currently working on a proper launch script see here. They could probably use a few tips.
0 Likes

herc 27 Apr, 2018
View PC info
I've been waiting for this since I first saw it on ZiggyDs live stream last year. It looks awesome and addictive, my weekend is saved! =D
0 Likes

View PC info
Too much for my visual cortex! Has a stunning effect..

View PC info
It seems pretty cool!
I would love to see this on GOG : https://www.gog.com/wishlist/games/chronicon

It's damn fun even by yourself though.

Adding online play also isn't an easy task, as much as I would enjoy it too.
0 Likes
LinuxKenny 28 Apr, 2018

Just bought this game and it's awesome ! It reminds me POE in 2d :D !
0 Likes
While you're here, please consider supporting GamingOnLinux on: