A Closer Look At The Upcoming Cities: Skylines

By BTRE - 16 January 2015 at 5:06 pm UTC | Views: 10,929
Cities: Skylines is an upcoming city-building game by Colossal Order and published by Paradox Interactive. It's a sequel of sorts to the transportation-focused Cities in Motion franchise but with a much broader scope; it's now a fully-fledged city simulation game. Zoning, construction, taxation and infrastructure management are some of the things that set apart the game from its predecessors. Some of you may be familiar with the game as GOL has covered it twice already (here and here) but the new information we've gotten in the past few months from the developers make it worth revisting.

In the first in a series of three videos, the dev team talks about their vision and passion: 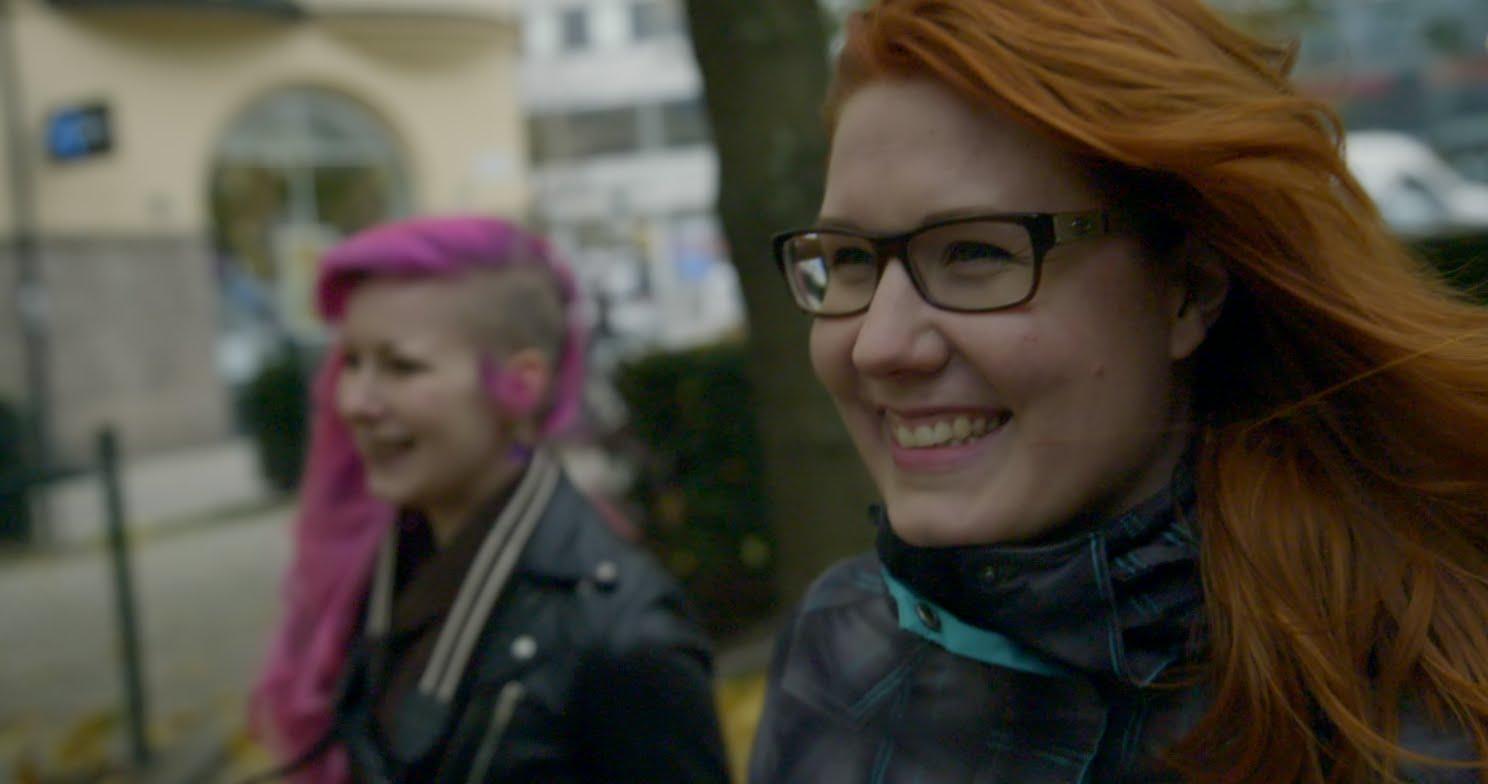 YouTube videos require cookies, you must accept their cookies to view. View cookie preferences.
Accept Cookies & Show   Direct Link
I'm inclined to agree with the assessment that the traffic is hypnotic and the more I read up about the game, the more interested I get. In particular a few tidbits from recent developer diaries caught my eye:

QuoteNon-renewable resources yield a big boost to the economy of the city. These specialized industries generate noticeably more tax income than regular industry. However, their impact to the environment is drastic and they generate ground pollution at a much higher rate compared to regular industry. Oil and ore industry also require more electricity to run.

Renewable resources on the other hand yield a smaller boost to the economy but due to their nature, they are for all intents and purposes infinite. Forestry's impact on the environment is a bit heavier than regular industry's but it requires less electricity to run than oil and ore industry. Agriculture doesn't pollute ground but in turn it requires lots of fresh water to keep the irrigation systems working. [...]

QuoteGoods are produced in industrial areas and transported to commercial areas to be sold to citizens and tourists. This means that wherever there’s a commercial area, there will be trucks driving to and from it. [...] Materials arriving from outside locations come by truck if no train or cargo ship connections are available, which will put a stress on the road system.

QuoteEverything is connected. If you build a Fire Station that sends out fire engines to put out fires, the service vehicles can only get to the fires if the roads are not crowded with other vehicles. But just having a Fire Station near by raises the happiness of residential houses. A raise in happiness means the residents are less likely to turn to crime, even if they are unemployed for some time.


The most interesting part for these sorts of game for me has always been dealing with competing priorities and trying to make things run as smoothly as possible. The trade offs are what real urban planners face and striking a balance between convenience for residents and business while factoring in costs and environmental impact is a delicate matter. Having too much of the tax base dissatisfied often ends in disaster. Not to mention that it generally stunts growth and potential. The scope of the game seems impressive and I'm glad that we'll get it on Linux. I had a blast playing CiM despite the occasional performance issue. The general impression that I get from looking over all the dev diaries, screenshots and videos is that cities seem vibrant and full of life. That was perhaps the best aspect of the two Cities in Motion games - the feeling that everything depended on everything else and a poorly (or optimally!) planned subway route could have significant consequences all throughout the game. I can only hope that Cities: Skylines will be tutorial and tooltip friendly as it can be a bit overwhelming for new players to get the hang of things quickly in these type of games. Currently the game has a tentative release window of Q1-Q2 and I hope they take the time to make a polished product. They are currently running a sign-up campaign for a bonus building to be distributed for everyone who participates on their official website. I encourage that you look over the dev diaries here. There's a lot of nice screenshots and interesting explanations of mechanics and design decisions to be found in each one.

As a Sim City fan back in the day I'm certainly interested to see how the game turns out and I don't think I'm the only one.

What do you guys make of it? Article taken from GamingOnLinux.com.
Tags: Sandbox, Strategy
0 Likes
Share

View PC info
Thanks for the article. :) Looks interesting.
0 Likes

I’ve already wasted money on Crusader Kings 2 (bad tutorial) and Cities in Motion 2 (broken game), so I’ll be very careful before buying anything published by Paradox from now on.
1 Likes, Who?

If you went into CK 2 expecting to learn something from the tutorial, you are insane my friend. Check out Arumba on YouTube, and see his videos on the game. Even though you dont understand anything in the beginning, you learn a lot from just spectating :)
1 Likes, Who?

Quoting: N4G170The dev is Colossal Order and not Massive Order

Thanks, I've updated it.
0 Likes
edqe 16 Jan, 2015
Cities: Skylines looks extremely good, can't wait. I hope it is everything Sim City 5 wasn't. Good to see some competition in this genre as well.

The best way to learn CK2 and other Paradox Development Studios's games is to play them. It takes some time but is super fun to learn and realize new things you are able to do in the game. As already said Youtube videos are great help too. PDS's games are PC games for PC gamers.
1 Likes, Who?
mao_dze_dun 16 Jan, 2015

You should have done some research actually. I agree that CK2's tutorial is bad but even with a good tutorial (like in Europa Universalis IV) Paradox grand strategies are usually an uphill battle while you learn. But StianTheDark is completely right - check out Arumba's tutorial series on Youtube. You should get the basics of the game in an hour or two.
0 Likes

Yeah Paradox tutorials have been traditionally bad, considering they're some of the most complicated games out there (CK2 is probably one of the more simple ones), but in all fairness, it would be impossible to explain everything in a tutorial. It would take maybe 10 hours to play through the tutorial and no-one would play the games. Best thing is to learn the basics, then have the EU4/CK2 wiki open in another window and learn through trial and error. The games are pretty harsh as well in assuming you have quite a good knowledge of history and politics in their respective periods, makes the game far easier to play if you do. When you take the two month correspondence course to learn to play one of the games though, it's insanely rewarding.

QuoteWhat do you guys make of it?

It looks good, but I don't want to get my hopes up too much. The genre is amazing, but has carried with it so many disappointments ever since "Sim City Societies" was released. The best hope was CitiesXL, but had so many problems and wasted potential and CitiesXXL won't support Linux and will probably be the same game with a few additional things.

This one looks well built, but I prefer the visual style of CitiesXL. I don't like the whole cartoonish feel to it. The scale of the cities you can build is also much smaller.

I guess all in all, there's a big city sim void in me which I feel can never properly be filled. I do really like the look of this, but I just kinda know it's not exactly what out of one of these games and just a bit annoyed that the closest thing to date feels like an unfinished sandbox game.
0 Likes

The tutorial for CK2? You cracked me up :D
Use the wiki/youtube. Your own learning preferences should decide which one of those you should take.
0 Likes
FergleFergleson 16 Jan, 2015

I've been following the development of Skylines for months now. I'm very excited for it. It's definitely on my must-buy list. It might even get me to break my normal restriction on "no pre-orders", but I want to be sure that Linux gets the credit so I'll hold off until the bits are downloadable.
0 Likes
1/2»
While you're here, please consider supporting GamingOnLinux on: